On the January 23 broadcast of KBS2’s “Mr. House Husband,” FTISLAND’s Minhwan made another attempt at bonding with his father-in-law.

During the episode, Minhwan visited his father-in-law at his parcel delivery services company and helped with parcel deliveries. The singer explained, “I went to go see him because I wanted to get closer to him.” 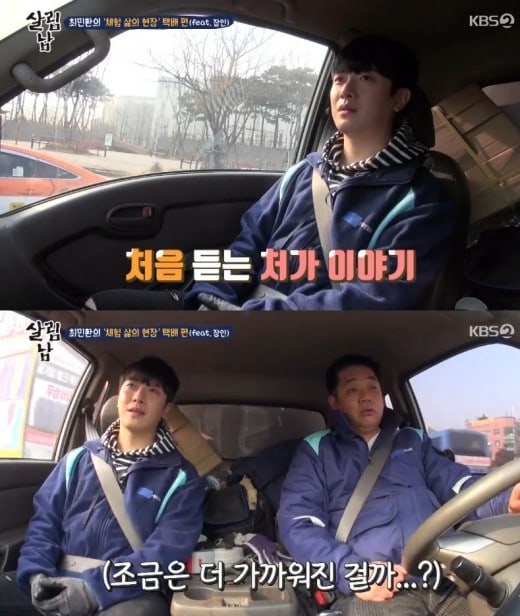 In response, his father-in-law said with a smile on his face, “It seems that my son-in-law is putting in a lot of effort. He calls me first, and he even came to see me today. Today is a good day.”

The two also had their first heart-to-heart conversation. Minhwan’s father-in-law revealed that he ended up taking over the dealership because of Yulhee. He said, “It was very hard delivering parcels. But [I saw that] Yulhee didn’t have her own room. I worked hard, bought a house, and finally gave Yulhee her own room.” 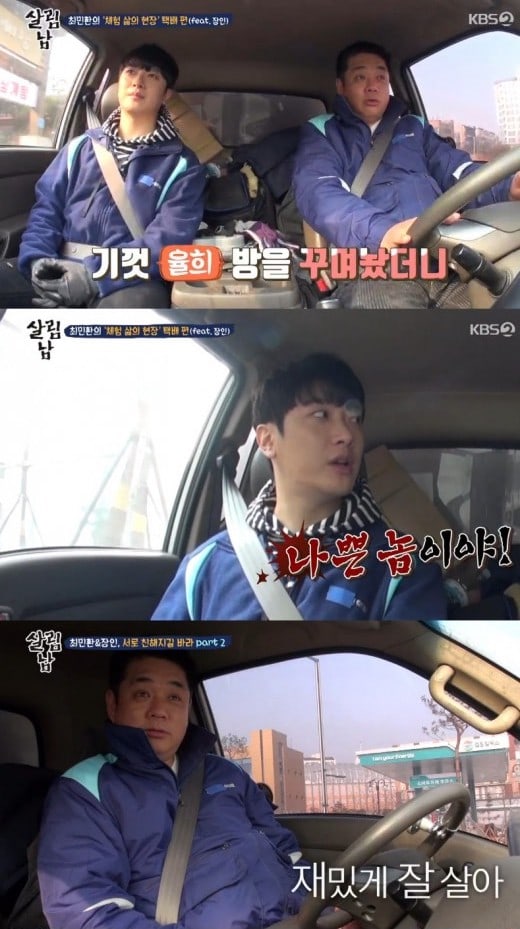 He also jokingly accused Minhwan of stealing Yulhee away even before she got the chance to use the room, saying, “You are a bad guy. Why did you take her away so soon?”

Following the joke, he put Minhwan at ease with a sweet comment. He said, “I hope that the two of you have fun while living together and learn to understand each other during hard times.”