Nam Joo Hyuk’s emotions are on opposite ends of the spectrum in his upcoming drama “Radiant.”

“Radiant” is a romance about a woman who loses the time given to her before being able to use it, and a man who throws away the most radiant moments by living a lethargic life. Though they live in the same time, they spend their times in very different ways. It stars Han Ji Min, Nam Joo Hyuk, and veteran actress Kim Hye Ja.

Nam Joo Hyuk plays Lee Joon Ha, an aspiring reporter. Though he is perfect in every way from his looks to his resume, he suddenly throws away the bright times given to him and lives a lethargic life.

In the released photos, Nam Joo Hyuk shows a more mature image through a variety of emotions. He smiles at someone off-screen with a slight smile and looks listless and empty as he gazes into the distance. 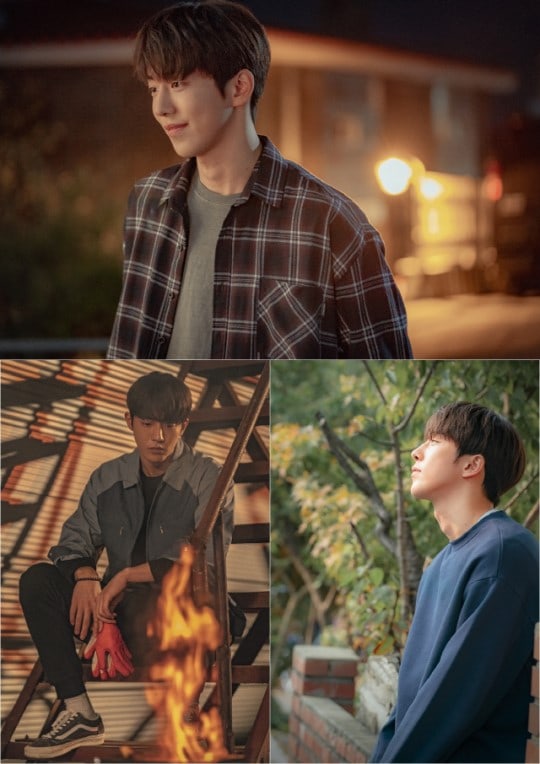 On his character, Nam Joo Hyuk shared, “Joon Ha looks perfect on the outside, but on the inside he’s a character that is filled with pain and scars. I’m working hard to show a different image through Joon Ha. Throughout filming, I’m hoping that Joon Ha’s diverse emotions fit with the drama’s message, and is conveyed to the viewers well. Viewers will be able to experience a unique time-breakaway romance.”

The production staff stated, “Nam Joo Hyuk has portrayed Lee Joon Ha’s complicated emotions with depth. He will show a new face and charms as an actor. Please look forward to his brilliant synergy with Kim Hye Ja and Han Ji Min.”

“Radiant” is directed by Kim Suk Yoon, who boasts a long list of projects including “I Live in Cheongdam-dong,” “Go, Mom, Go!” “Old Miss Diary,” “The Awl,” “My Wife Is Having An Affair This Week,” as well as the film series “Detective K.” It is written by Lee Nam Gyu and Kim Soo Jin.