SEVENTEEN’s Mingyu shared the story behind his friendship with ASTRO’s Cha Eun Woo.

Speaking about Mingyu’s friendship with Cha Eun Woo, Jo Se Ho commented, “It’s a friendship of visual geniuses.” Mingyu commented, “Those kinds of comments are uncomfortable to hear,” and host Jun Hyun Moo replied, “But you’re smiling.” Yoo Jae Suk added, “I thought that you really didn’t like that,” and Mingyu explained, “Of course I really like it.”

Mingyu then revealed how he became close with Cha Eun Woo. “While doing broadcasts, I ran into him a lot,” said Mingyu. “He was the same age as me, so we started talking comfortably to each other. His dorm is also really close to mine, so I’m making an effort to see him often.”

When Jo Se Ho asked if Mingyu and Cha Eun Woo meet up alone or with others, the SEVENTEEN member answered, “We meet up often with idol friends who were born in year 1997.” 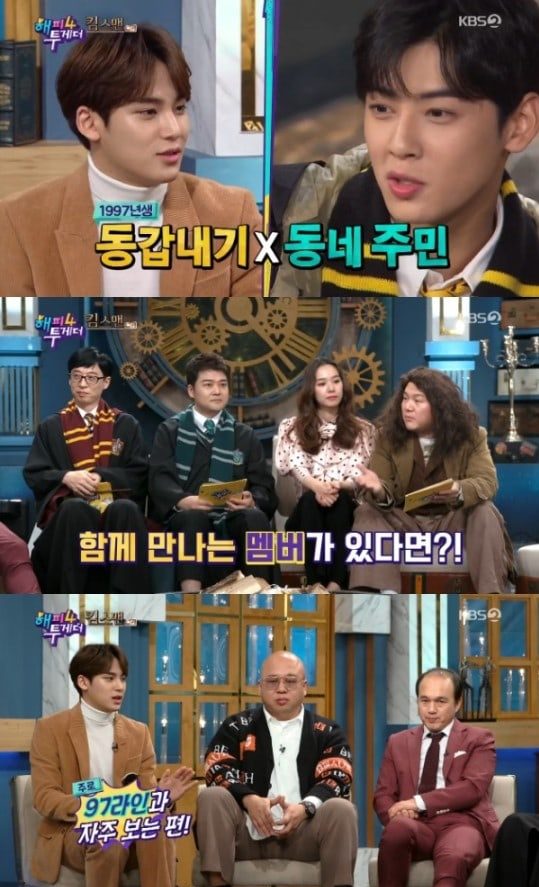 Everyone reacted with surprise when Yoo Jae Suk revealed that Kwon Hyuk Soo is a member of this ’97 line. Mingyu then explained that he, Cha Eun Woo, and the comedian meet up often getting close. Mingyu jokingly added, “We decided to include him for weighing 97 kilograms (approximately 214 pounds).” 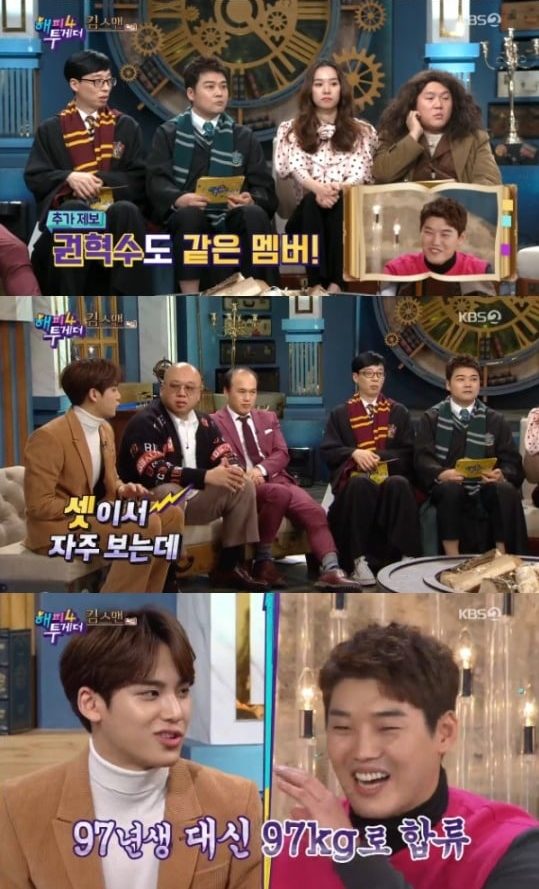 Mingyu also shared his thoughts on self-love. “Self-love is the way to happiness,” he said. “I’m someone who feels joy when I feel happy and satisfied. Someone else might criticize me, but I’m happy about it. After I finish filming, I say to myself, ‘You worked hard Mingyu.’ Similar to Jo Se Ho, I say things like, ‘Your skin is nice’ while standing in front of the mirror.”

He said that he previously left a message to himself on social media, and commented that his baby photo is cute. 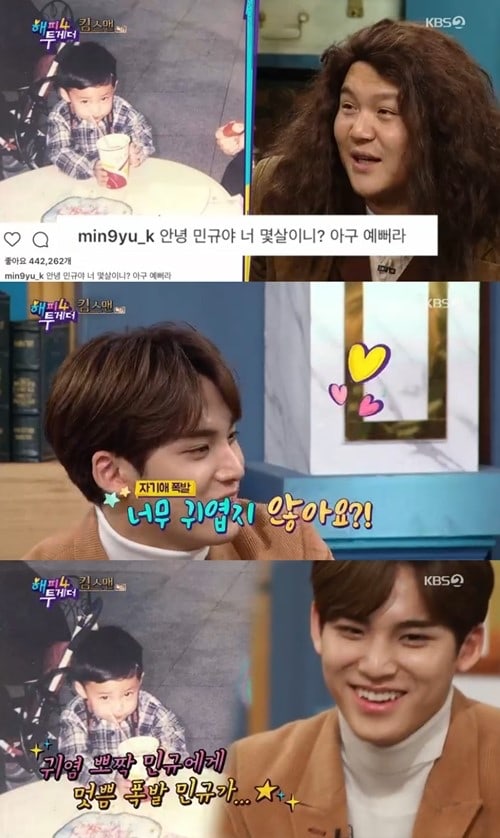 “Happy Together” airs on Thursdays at 11:10 p.m. KST. Check out an episode below:

ASTRO
SEVENTEEN
Mingyu
Cha Eun Woo
Happy Together
How does this article make you feel?