BTS has received a Best Concert award for their “Love Yourself” world tour!

The winners were chosen after a two-hour debate by the judging committee at the Edaily headquarters in Seoul on January 16.

As a result, BTS’s “Love Yourself” tour was selected as the winner of the Best Concert award of the 6th Edaily Culture Awards. The boy group earned high scores for writing new history for Korean music with this tour with their high-quality shows and box office success.

BTS kicked off this tour with the release of their album “Love Yourself: Answer.” Fitting with their album concept of a celebration, fans set up tents in front of the venue and waited in lines for the concert.

The world tour is spanning across 20 cities with 42 concerts. Over 790,000 tickets were sold in concerts in South Korea, North America, Europe, and Japan. Although the final numbers have not yet been released, the total number of concertgoers during the tour is estimated to be over 900,000 people including the sold-out concerts in Taiwan, Singapore, Hong Kong, and Thailand. BTS also made history during this tour by becoming the first Korean artists to hold a solo concert at a stadium in the United States. 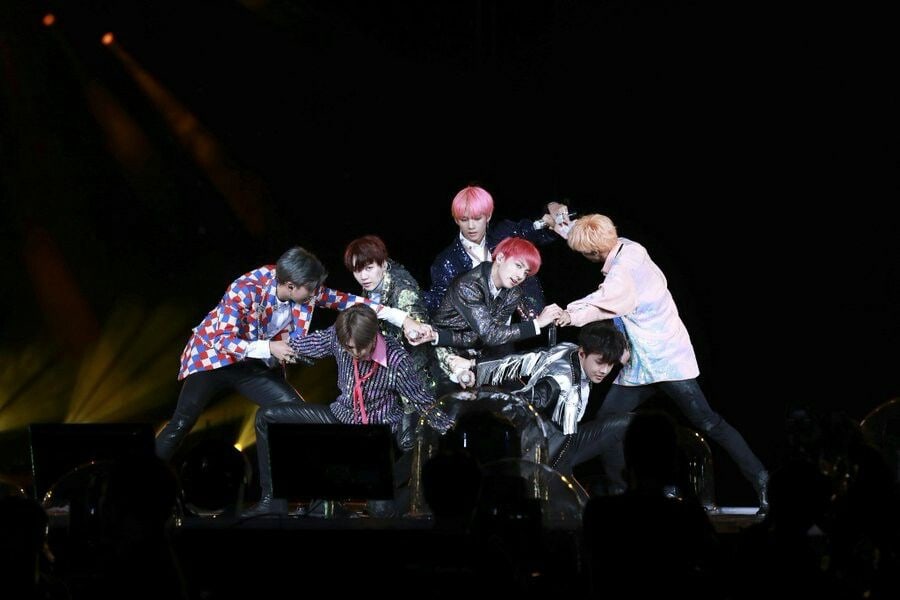 Pop culture critic and committee judge Jung Duk Hyun said, “BTS’s performances on-stage and the interactive aspect with the audience were impressive. It was nice to see the movement of the audience being used as a part of the performance with remote-controlled fan light sticks.”

This year, the panel expanded the judging criteria to include factors such as international box office performance. This was not an issue for the globally-successful “Love Yourself” tour which met the criteria.

Other concerts that competed in this category included Cho Yong Pil’s “50th Anniversary Nationwide Tour: Thanks to You Seoul” and H.O.T’s “Forever High-Five of Teenagers” concerts which also took place at the Jamsil Seoul Olympic Stadium. They were unable to surpass BTS’s “Love Yourself” tour in meaning, quality, and box office performance.

The judging committee stated, “In other years, it was a hard decision to select a winner because there were many works considered.”

They also added, “IU sold out her ’10th Debut Anniversary Tour’ Seoul concert at the Olympic Gymnastic Arena two consecutive times, and it was very meaningful since it’s the first time this happened in 20 years for a female solo artist.”

The 6th Edaily Culture Awards will take place at the Main Auditorium of the Sejong Center on February 26. BTS will attend the awards ceremony and red carpet, but will not be performing at the event.

At the awards ceremony, one of these works will receive the Daesang (Grand Prize) as a result of online voting by the judges and the public, as well as an evaluation from the Operations Secretariat of the Edaily Culture Awards.

BTS
6th Edaily Culture Awards
How does this article make you feel?