On the January 24 broadcast of KBS 2TV’s “Happy Together,” SEVENTEEN’s Mingyu appeared as a guest and revealed an embarrassing moment from his past that he wishes he could erase.

Mingyu explained, “Before [SEVENTEEN’s] debut, we filmed a 24-hour reality program. At the time, the tag on my underwear was bothering me, so I went off-camera to take care of it. But the camera had a much wider angle than I thought, and I got caught scratching my butt.”

Yoo Jae Suk teased Mingyu, saying, “How hard must you have scratched if you thought you were out of frame?” 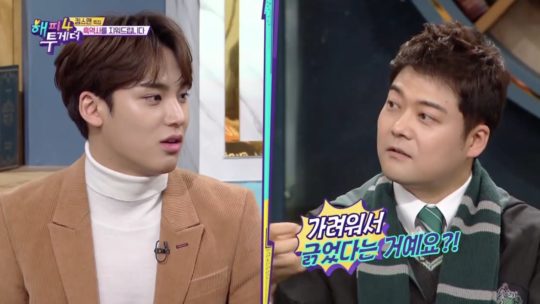 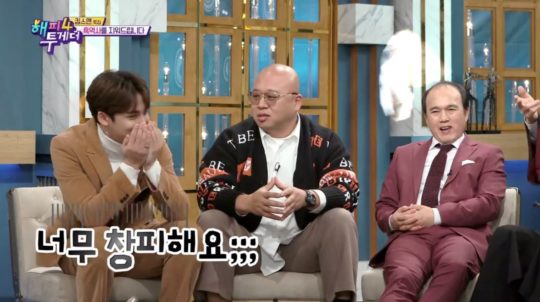 Watching the playback of the moment, Mingyu covered his face in embarrassment and asked the hosts to erase his past. 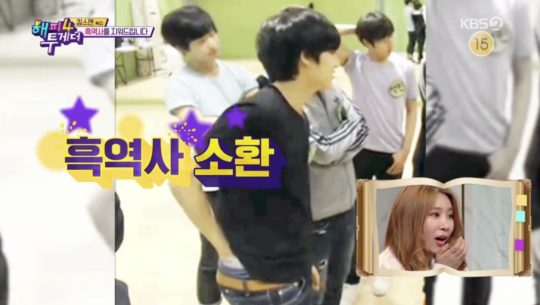 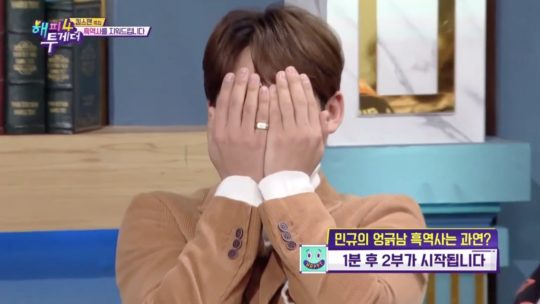 Toward the end of the broadcast, Mingyu talked about how he felt appearing on the show alone, without any of the SEVENTEEN members. “A long time ago, whenever we went to the restroom, we used to go in threes,” said Mingyu. “But now that we’re in our fifth year, everything’s much more natural, and there are a lot of people we know now. It’s a strange feeling, but I’m also proud.”

Catch up with “Happy Together” below:

SEVENTEEN
Mingyu
Happy Together
How does this article make you feel?