MBLAQ’s G.O And Choi Ye Seul Share Their Ground Rules For Living Together

After announcing that they would be moving in together last week, MBLAQ’s G.O and Choi Ye Seul shared some of the ground rules that they set for living together.

G.O started first, with toothpaste. He said everyone dispenses toothpaste differently, but that they should make a rule to squeeze from the end of the tube.

G.O had another turn, and said, “We’re definitely going to be ordering in a lot. I will always be the one to go to the door for delivery. Not everyone is that way, but there is the potential for danger.” Choi Ye Seul, though initially confused why G.O would want to be the one to receive food deliveries, smiled as she understood what he meant and affectionately rubbed his shoulder.

G.O joked, “That doesn’t mean I’m always going to be the one to buy.”

G.O went yet again, and suggested a rule that he would always be the one to take out the trash. Completely shocked and moved, Choi Ye Seul suggested that they do it together on days when there is too much.

Choi Ye Seul offered the next rule, saying that she would use the bathroom in the living room, while G.O would take the ensuite off the bedroom.

G.O impressed Choi Ye Seul once again, saying he would take the bathroom by the living room. He said, “Doesn’t everyone else feel the same way? Women have a lot of products in the bathroom, and I don’t like the idea of guests coming over and seeing everything.”

The couple added some more rules, including making sure that they make up the same day of a fight, never spending the night away from home, always eating together, only gaming for one hour a day, having drinks together once a month and sharing their thoughts with each other, and always wearing their couple rings if possible. 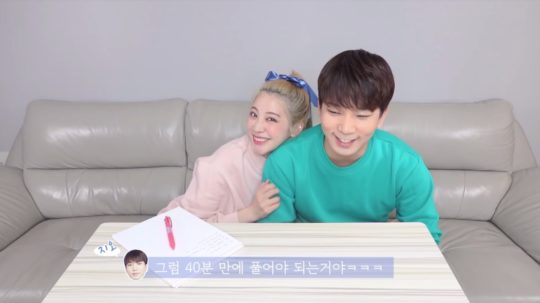