The new Netflix series — Korea’s first zombie sageuk (historical) drama — is Bae Doona’s first period piece. She said, “After doing my hair in the sageuk style, I was laughing for about 30 seconds. I’d never seen myself that way before. How must the viewers feel?”

Her first use of the sageuk tone and manner of speaking also had Joo Ji Hoon laughing, said Bae Doona. Joo Ji Hoon explained, “It was a tone and manner that I had never seen or heard before, but it was so fresh and I thought, ‘This is why she’s a world star.'” 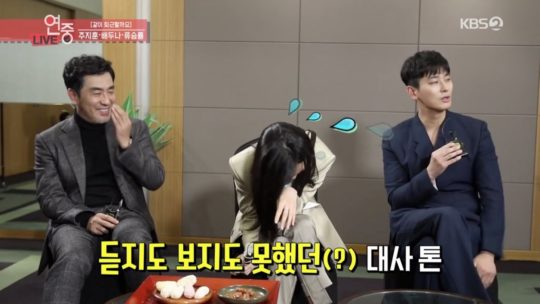 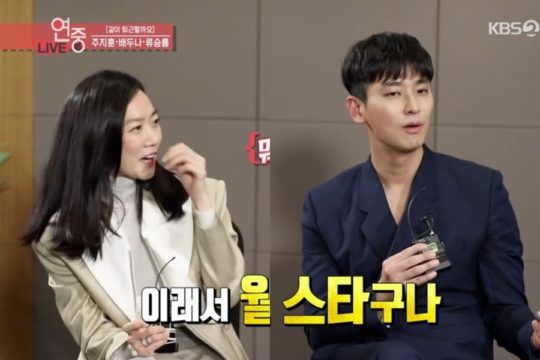 Ryu Seung Ryong joked, “Did you say your lines in English?”

Joo Ji Hoon also gave a shoutout to all the actors who the zombies in “Kingdom.” “I felt so sorry because it wasn’t easy for them, and they worked so hard. But even though we worked together for six months, I couldn’t tell who was who. I’d like to take this opportunity to say thank you, and I’m sorry.”

The first season of “Kingdom” premiered on Netflix on January 25. 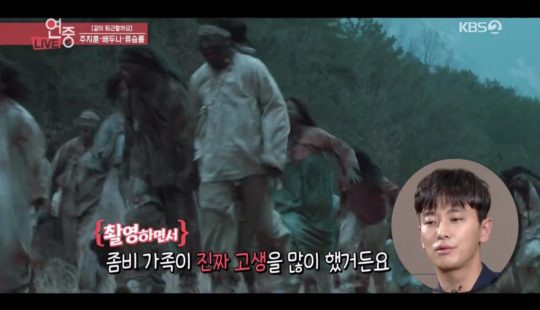 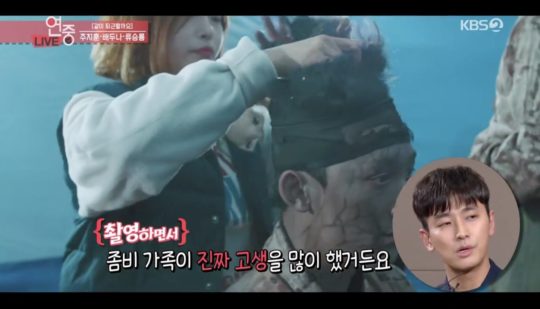