On the January 26 episode of “Under 19,” the show announced the final 19 contestants who would be performing during the live finale.

When asked how they would feel if they ended up on one team, Jung Jinsung answered, “I’d be really happy if Doyum and I were on the same team.” He then randomly asked for a high-five from his rival, making the other contestants laugh at the unexpected moment. Jung Jinsung added, “I really wanted to perform with Doyum at least once [during the show],” and Jeon Doyum replied that he felt the same way. 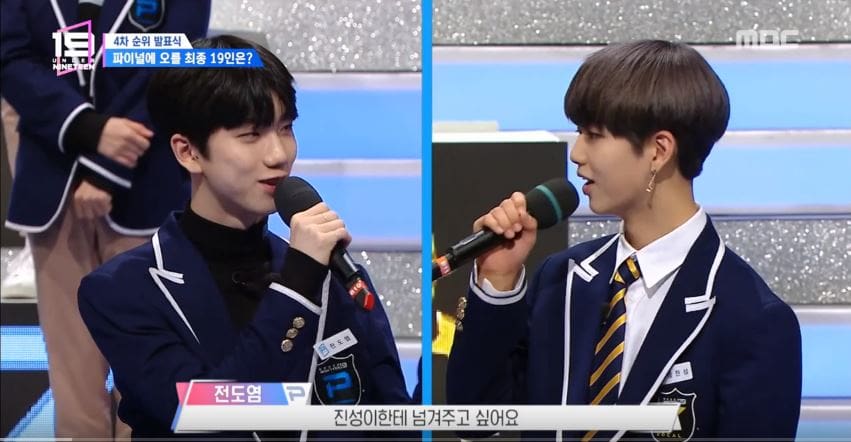 In the end, first place went to Jeon Doyum, who won a total of 120,308 votes. After finding out that he had topped the rankings once again, Jeon Doyum promised, “I will do my best to make sure that the efforts of those who voted for me are not wasted.”

Check out the full list of the final 19 contestants below: 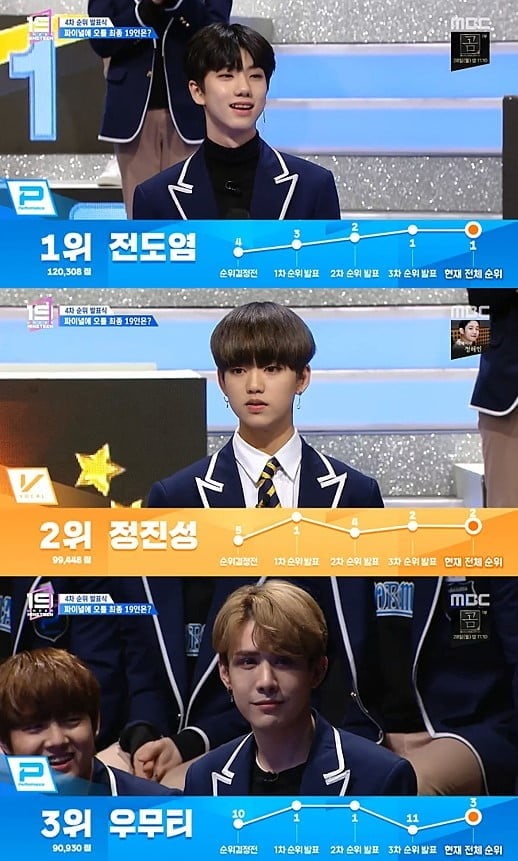 Jeon Chanbin, who barely missed the cutoff at 20th place, ended up saying goodbye to the other contestants. He remarked, “I gained a lot of experience during my time on ‘Under 19.’ It’s unfortunate [that I didn’t make it], but I have no regrets.”

The trainee then became emotional as he called out the name of each member of the vocal team, adding encouragingly, “Vocal team, do your best. I love you.” 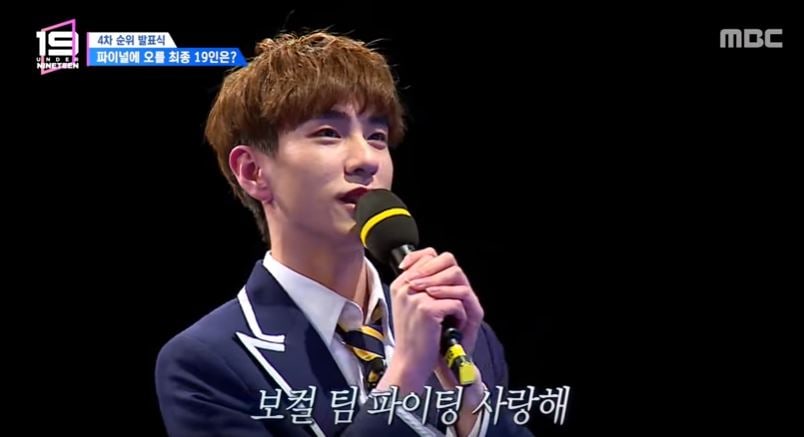 The show’s final mission will determine which nine members have the chance to debut in the final group, meaning that the competition will become even fiercer.

Kim So Hyun announced, “On February 9 at 6 p.m. [KST], a live broadcast of 120 minutes will air. The group name and the performance of the new song will also be revealed [during the finale].”