On the latest episode of MBC’s “Under 19,” contestants Ji Jinseok and Bang Junhyuk unexpectedly announced their departure from the program.

During the January 26 broadcast of the survival show, host Kim So Hyun surprised the contestants by making a special announcement at the beginning of the show’s fourth elimination ceremony.

“However,” she went on, “idol trainee Bang Junhyuk of the rap team has announced through his agency that he intends to leave the show. As he did not participate in the last competition, it has been decided that he will officially be departing mid-program.”

Kim So Hyun continued, “Also, due to health reasons, idol trainee Ji Jinseok of the vocal team will unavoidably be unable to participate in ‘Under 19’ in the future.” 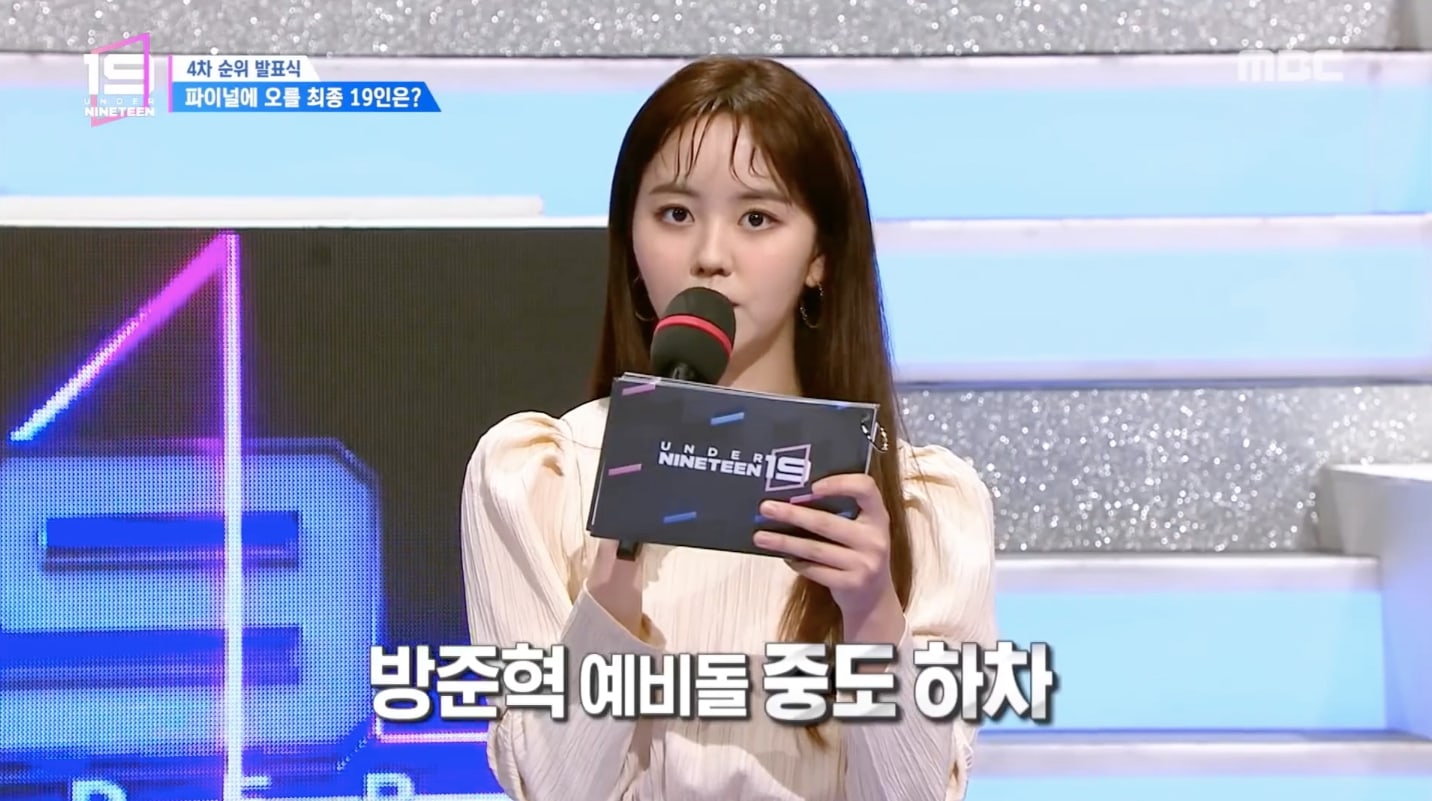 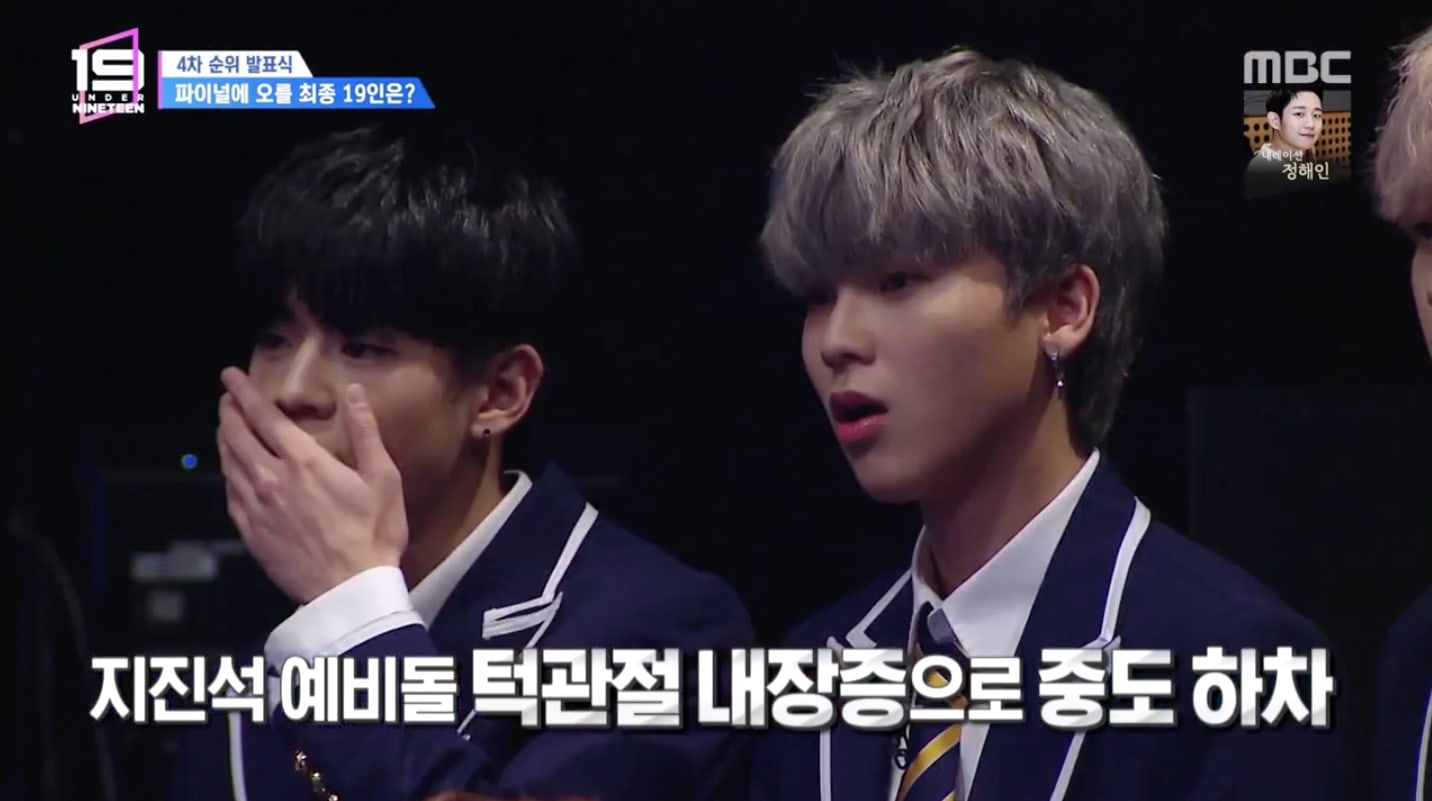 Ji Jinseok has revealed that he is suffering from temporomandibular joint dysfunction, a painful condition that affects the jaw area. Due to the pain, it is currently difficult for him to even speak.

In a separate interview, Ji Jinseok commented, “I feel so sorry to my teammates, and I want to receive treatment quickly, so that I can see my friends, teammates, and everyone again.” 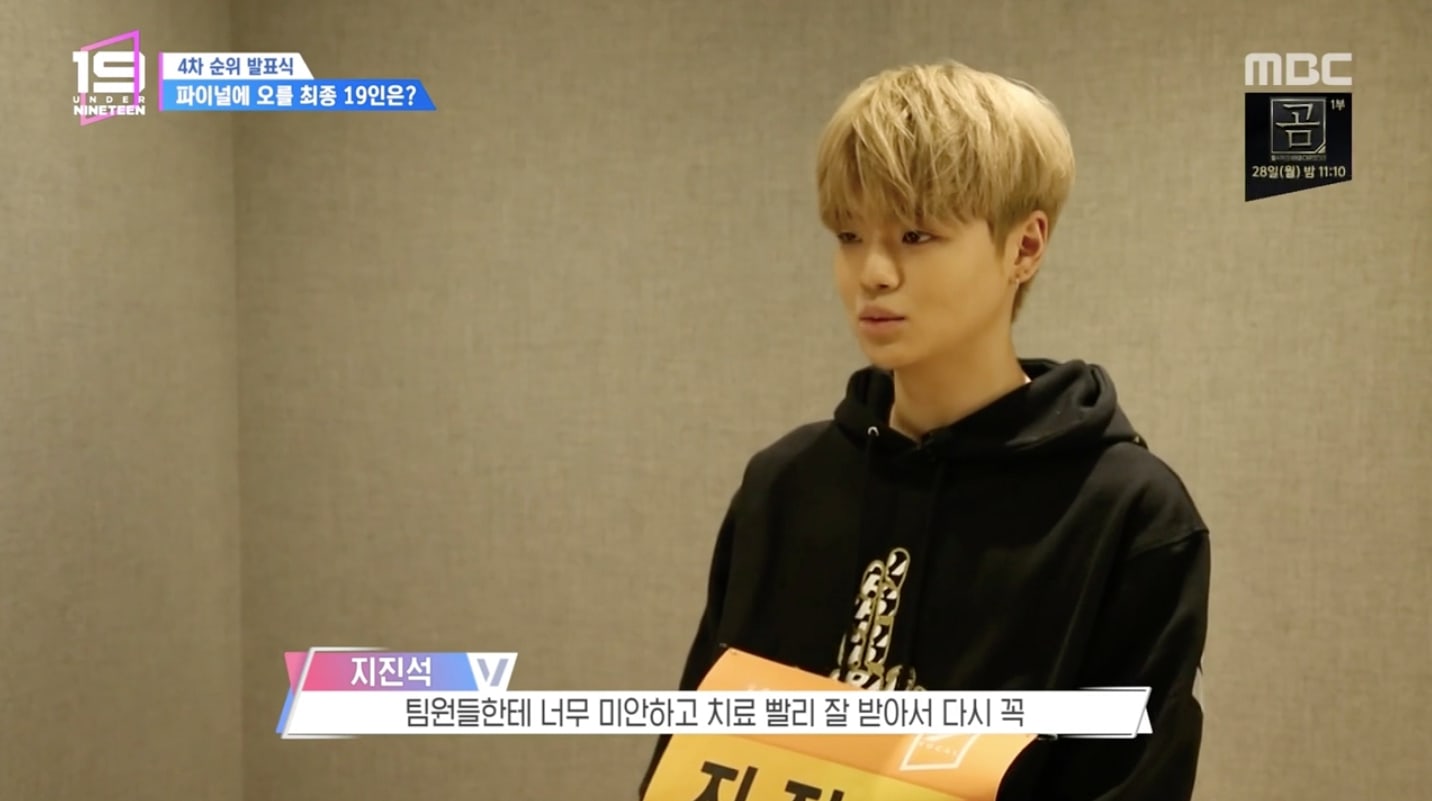 Check out the full episode of “Under 19” below:

Under 19
Ji Jinseok
Bang Junhyuk
How does this article make you feel?