Veteran singer Kim Yeon Ja has expressed her gratitude to EXO-L for the unexpected success of her song “Amor Fati”!

On January 25, Kim Yeon Ja appeared on the Korean news channel YTN, where she talked about her smash hit “Amor Fati.” Although the song was originally released in 2013, it shot back up the charts in 2017 after going viral on social media, and it has been going strong ever since.

The song’s sudden popularity led Kim Yeon Ja to perform the song on KBS’s “Music Bank” in March 2018, five years after its initial release. She also closed the 2018 KBS Song Festival last month with an epic live performance of the hit that featured some passionate dancing from the idols who attended the show.

When asked how the song had suddenly wound up in the spotlight, Kim Yeon Ja replied, “I was performing on KBS’s ‘Open Concert,’ and I ended up singing ‘Amor Fati’ for the first time four years. I was forced to sing it because the PD [producing director] asked me to.”

She went on to explain, “To be honest, I had forgotten the lyrics, and I wasn’t that used to singing ‘Amor Fati’ because I didn’t promote it for very long [when it first came out]. But the PD insisted that I sing that particular song, so I swallowed my tears and performed ‘Amor Fati’ on ‘Open Concert.'”

“There were many EXO fans at the concert,” she continued, “and some of the fans really liked ‘Amor Fati.’ They posted it on social media and wrote, ‘It’s really good. Try listening to it for just 45 seconds.’ It ended up going [viral], and ‘Amor Fati’ started climbing back up on the music charts.” 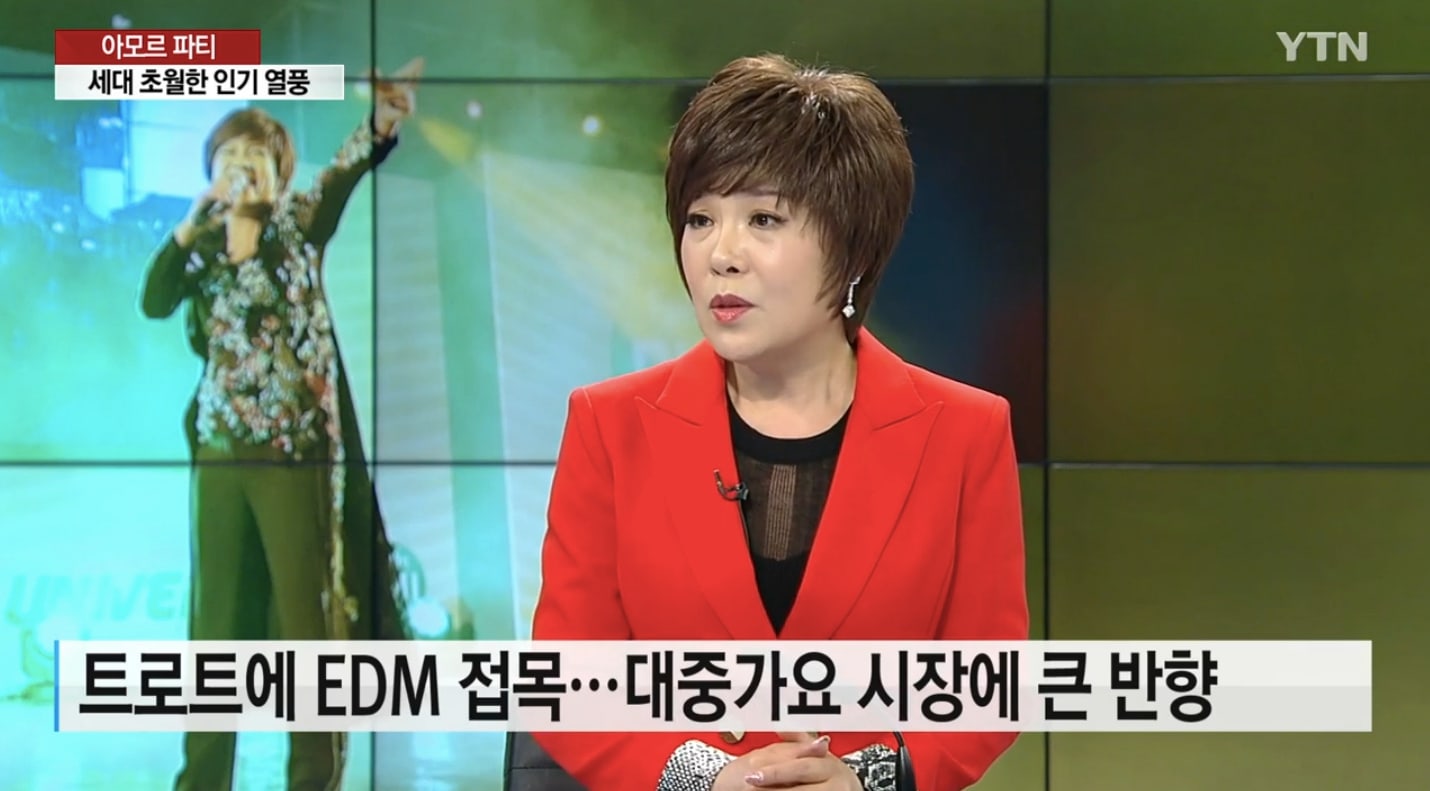 Watch Kim Yeon Ja’s performance at the 2018 KBS Song Festival—featuring EXO and the other performers as “backup dancers”—below!

You can also watch the full 2018 KBS Song Festival with English subtitles here:

EXO
Kim Yeon Ja
How does this article make you feel?