Last week, Son Soo Jung learned that Oh Se Ho told Kim Myung Ho (played by Shin Dam Soo) to remove her name from the corrupt employment list and was blackmailed with photos of her and Kang Bok Soo. She then gave Oh Se Ho a stern warning while giving back the 50 million won (approximately $44,683) he gave her along with the corrupt employment list with her name on it. Son Soo Jung, who chose to temporarily break up with Kang Bok Soo, appeared as a witness in a video that exposed the corruption at the high school, and Oh Se Ho was ousted from his position.

In the latest stills, Son Soo Jung and Oh Se Ho meet in a new kind of atmosphere. Sitting across from one another at a café, Oh Se Ho hands her a mysterious-looking envelope. Son Soo Jung still appears speculative of him while Oh Se Ho looks at her with a sad look in his eyes. Oh Se Ho tries to make Son Soo Jung take the envelope, but she leaves first without it, making viewers wonder about what’s inside. 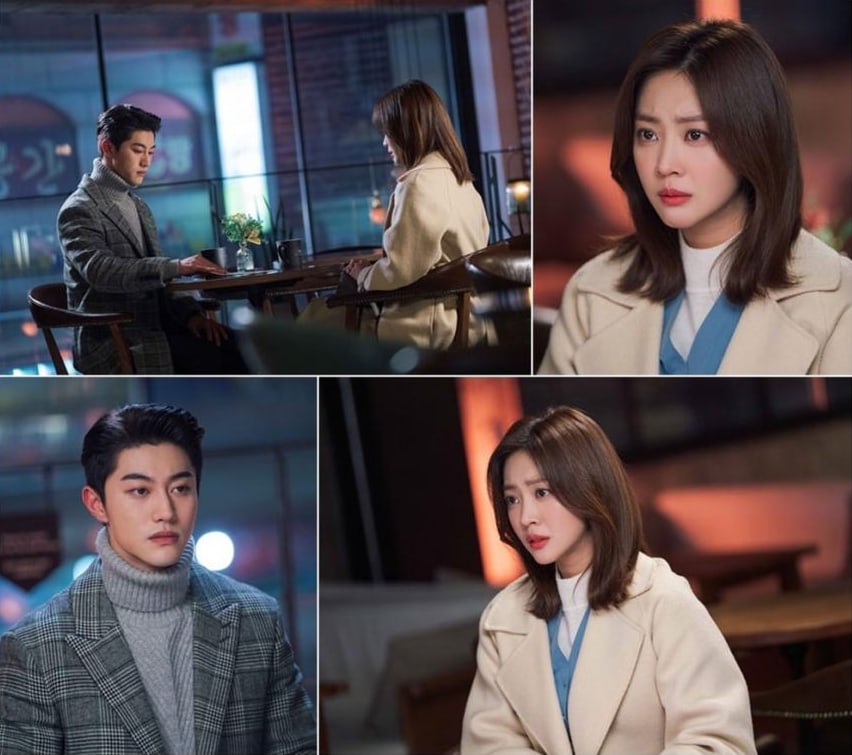 This scene was filmed at a café in Incheon. Kwak Dong Yeon, who’s known as an atmosphere creator on set, impersonated director Ham Jun Ho and made everyone burst into laughter. Once the cameras began rolling, the two actors completely transformed into their characters and filmed the tense scene.

A source from the drama said, “Last episode, Son Soo Jung chose to break up with Kang Bok Soo due to threats from Oh Se Ho. She then appeared as a witness for the corrupt employment and Oh Se Ho was forced to leave his position. Please look forward to Son Soo Jung who is confidently facing Seol Song High School’s corruption alongside Kang Bok Soo despite Oh Se Ho’s threats, and Oh Se Ho who has continued evil acts due to his wrong love for Son Soo Jung.”

This episode of “My Strange Hero” will air on January 28 at 10 p.m. KST. Check out the latest episode below:

Kwak Dong Yeon
Jo Bo Ah
My Strange Hero
How does this article make you feel?