SBS’s “Running Man” will be going on tour!

On January 27, it was announced that the variety show’s cast will begin their 2019 Asia fan meeting tour in Hong Kong. The “Keep On Running – Live in Hong Kong” event will take place on February 2 at the Hong Kong Asia World Expo Arena, and all the cast members will attend.

The last time the cast was in Hong Kong in 2017, Yoo Jae Suk was unable to make it due to a scheduling conflict. This year, he will be with the group, along with newer members Jun So Min and Yang Se Chan. 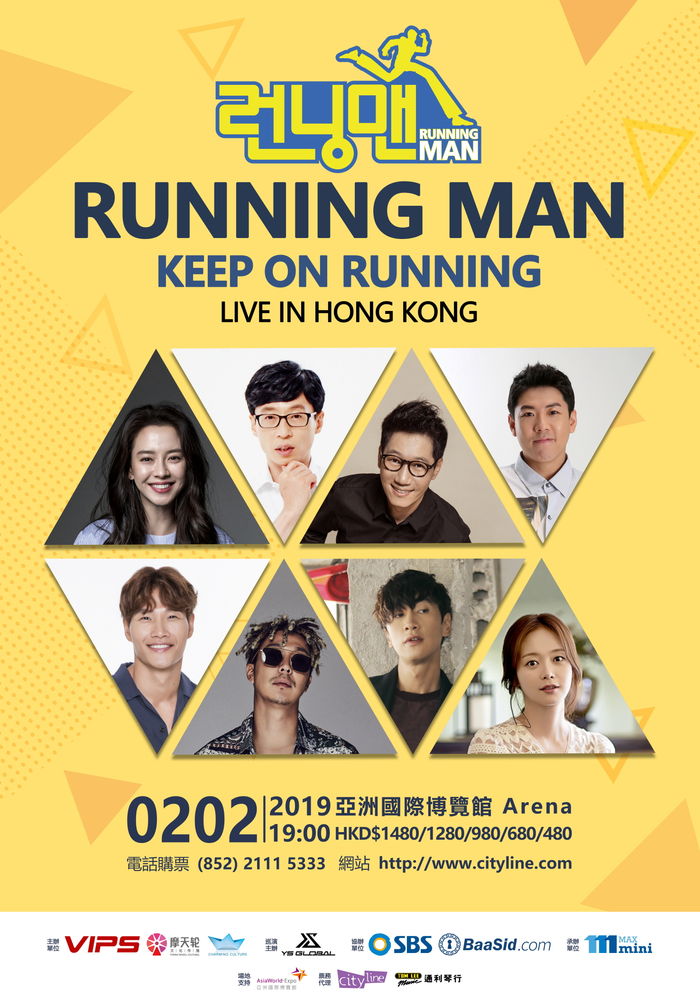 As the head of YS Global Entertainment, which manages the “Running Man” fan meetings, Lee Dong Hwa stated, “The ‘Running Man’ fan meetings always attract an audience across a wide spectrum of age groups, and quite a large number of people show up with their families.” A source from SBS added, “Though it’s rare for the cast of a Korean variety show to hold fan meetings, the cast of ‘Running Man’ have proven their global popularity.”

The Hong Kong event will be starting point of a fan meeting tour that will take the “Running Man” cast across Asia.

“Running Man” airs every Sunday at 5 p.m. KST, catch up with the latest episode below!