U.S. Executive Producer Of “The Masked Singer” Hints At Working To Get Korean Stars To Appear On The Show

We may be able to see Korean stars on the American remake of “The King of Mask Singer”!

On January 27, Yonhap News released its interview with Craig Pletis, the executive producer of FOX’s “The Masked Singer.”

He began, “There were difficulties and complexities with each costume that we designed.” Craig Pletis emphasized that the show put as much effort on the performances as they did on the costumes, and revealed that each costume cost around 200 million won (approximately $178,732) in production cost.

“There was a time when the eye of a costume fogged up during the performance, so the contestant got lost and couldn’t find their way on stage,” said Craig Pletis. “The contestant almost fell off the stage, but a staff member ran over and saved them. We immediately fixed the mask so that air could pass through better and so it wouldn’t fog up.”

Describing his criteria for the panel and singers, he explained, “Our goal was to choose someone who would be recognized by a majority of the American public once they removed the mask. The second was that they needed to have a good enough voice to participate in the competition. We also considered if they would attempt new genres.”

Speaking about Pittsburgh Steelers football player Antonio Brown, who appeared on the show, the executive producer said, “He’s a football player who has experience winning All-Star game awards, but is not a singer. We hoped that Antonio would show the potential he showed in football on our program, so we needed him. We also wanted people who understood and liked the format of the program. We showed clips of the Korean ‘The King of Mask Singer,’ parted ways with people who weren’t interested in this idea, and found other people.”

In the end, the show was successful at finding 12 stars who wanted to dress up in costumes and perform. He commented, “I was really lucky!” Craig Pletis then revealed that he was in touch with a couple of Korean stars for another program as well as the next season of “The Masked Singer.”

“There are so many crossovers between the United States and Korea these days, so it would be foolish to not use talented Korean stars. Because of the different format in Korea, we also formed partnerships with a few Korean companies. I hope I’ll be able to share good news with all of you soon.” 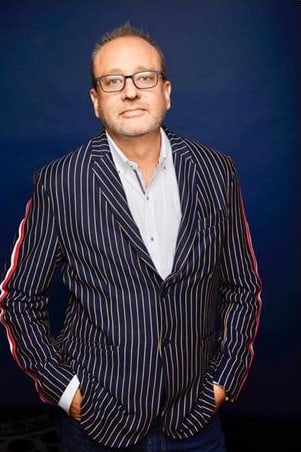 Check out the latest episode of “The King of Mask Singer” now!

What Korean stars would you like to see on FOX’s “The Masked Singer?”

The King of Mask Singer
The Masked Singer
How does this article make you feel?