Yoon Shi Yoon has revisited the location that launched his career!

On the January 27 broadcast of KBS2’s “2 Days & 1 Night,” Yoon Shi Yoon shared that he was cast at Gyeongpo Beach while visiting Gangwon province with his friends. When Kim Joon Ho expressed his surprise, Yoon Shi Yoon added, “What I was first cast for is a music video, and it was also filmed at Gyeongpo Beach,” eliciting responses that they have to visit the beach since it holds a lot of cherished memories for Yoon Shi Yoon.

The “2 Days & 1 Night” Cha Tae Hyun, Kim Joon Ho, and Yoon Shi Yoon then went to Gyeongpo Beach and took photos as the actor reminisced about his past. 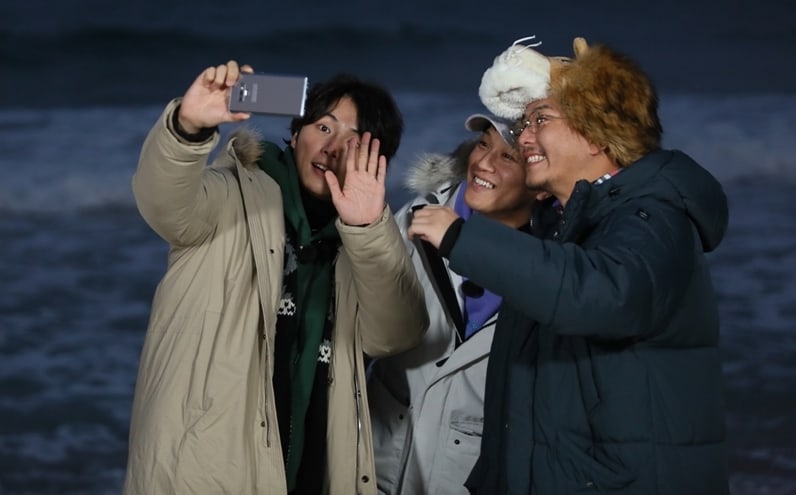 While walking along the seashore, Yoon Shi Yoon said, “This is the spot that I was picked up.” He shared, “If I didn’t come here, then the present me wouldn’t exist.” The first project Yoon Shi Yoon took on at the beach was a music video for Kim Dong Ryul’s “Solitary Voyage.”

Along with the nostalgic trip, the cast also had fun on the beach by reenacting a poster for the drama “Goblin.” Yoon Shi Yoon brought over a broken pipe, which they pretended to be a prop for the video. Originally using it as flowers so he could act out Kim Go Eun‘s role, they transformed the pipe into a sword to be dislodged in Kim Joon Ho, who was pretending to be Gong Yoo‘s character. Yoon Shi Yoon and Kim Joon Ho proceeded to share eye contact as they hilariously reenacted “Goblin.” 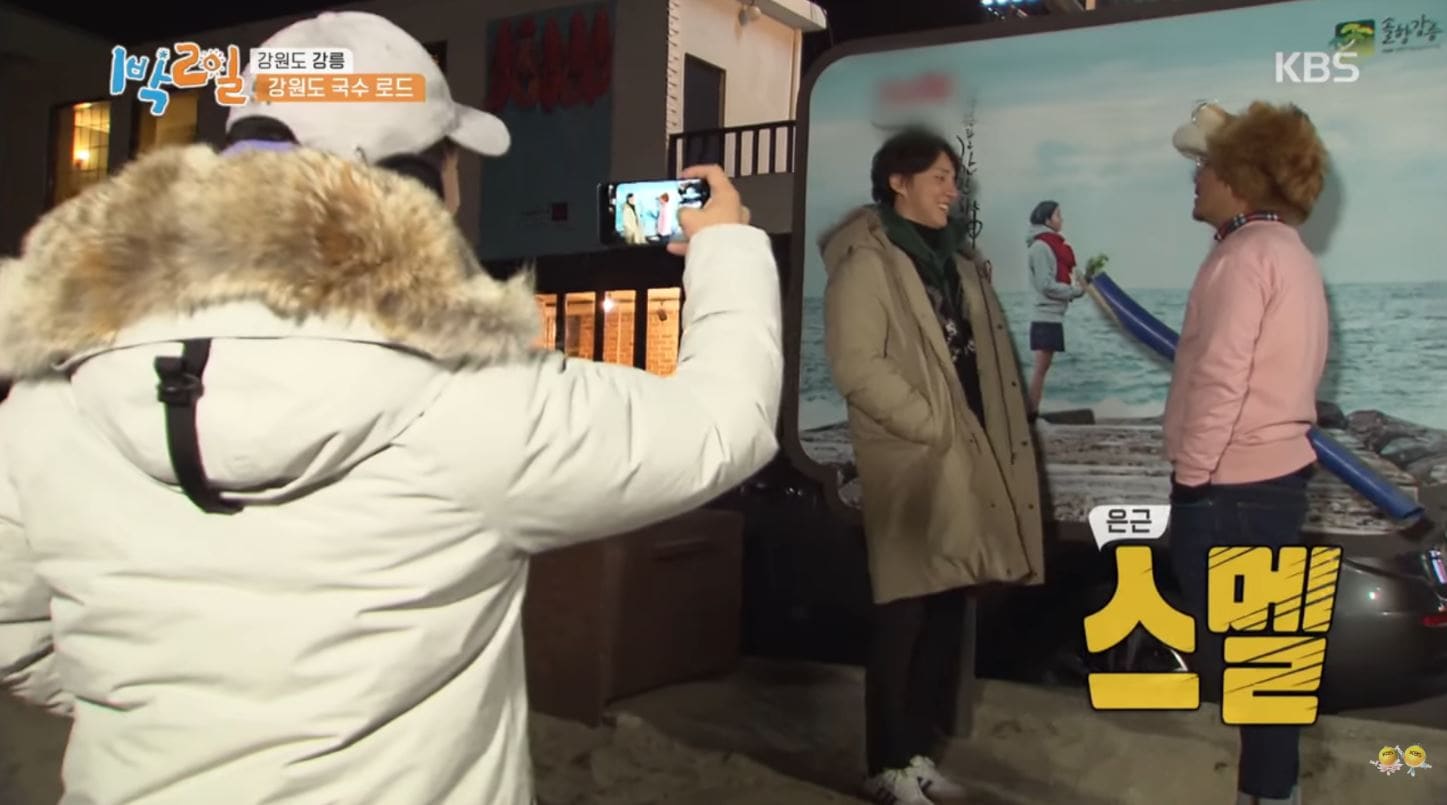