Fashion Forward: 13 Styles Only Song Mino Can Pull Off

Song Mino may now be enjoying his victories for his solo effort “Fiancé” as well as for WINNER’s “Millions,” but there’s one other aspect that puts him on top of his game: his standout style.

He’s brave, experimental, and not afraid to express himself creatively, both with his music and his fashion, and it shows. He has grown to become confident in his own skin and most importantly, he always looks like he’s having fun dressing up in funky, unique outfits whether on or off-stage. One can immediately tell that he has an eye for styling items that no one would ever think of doing and that he has genuine flair for mixing and matching unexpected pieces together. Here’s proof that he’s also a winner in fashion:

Make no mistake: this boy loves plaids. One would think that it’s too much to wear plaid from head to toe, but he carries it well like a boss. He changes it up by wearing a T-shirt with animated prints underneath or a boxy-shaped suit. Noticeably, one of his favorite brands is Burberry, with its unmistakable signature distinct tartan plaid in cream, black, white, and red colors. 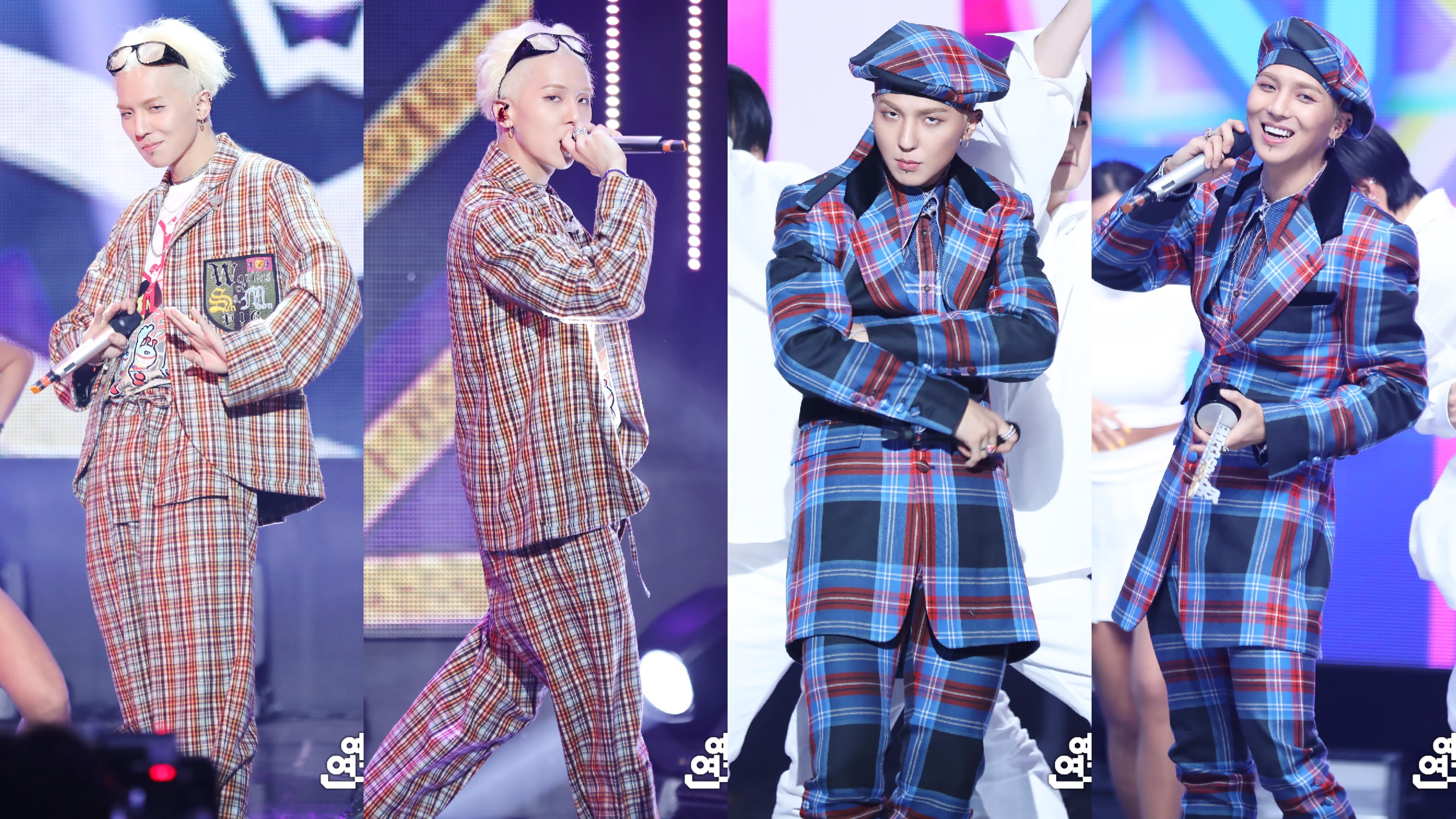 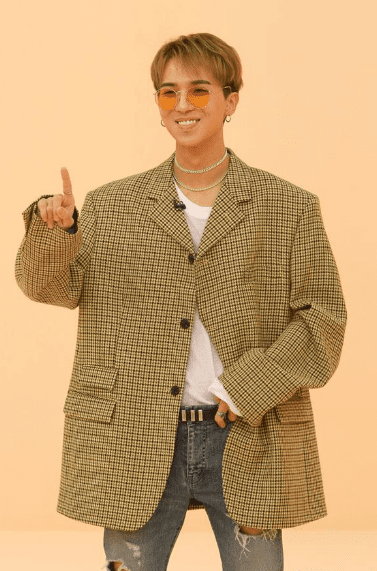 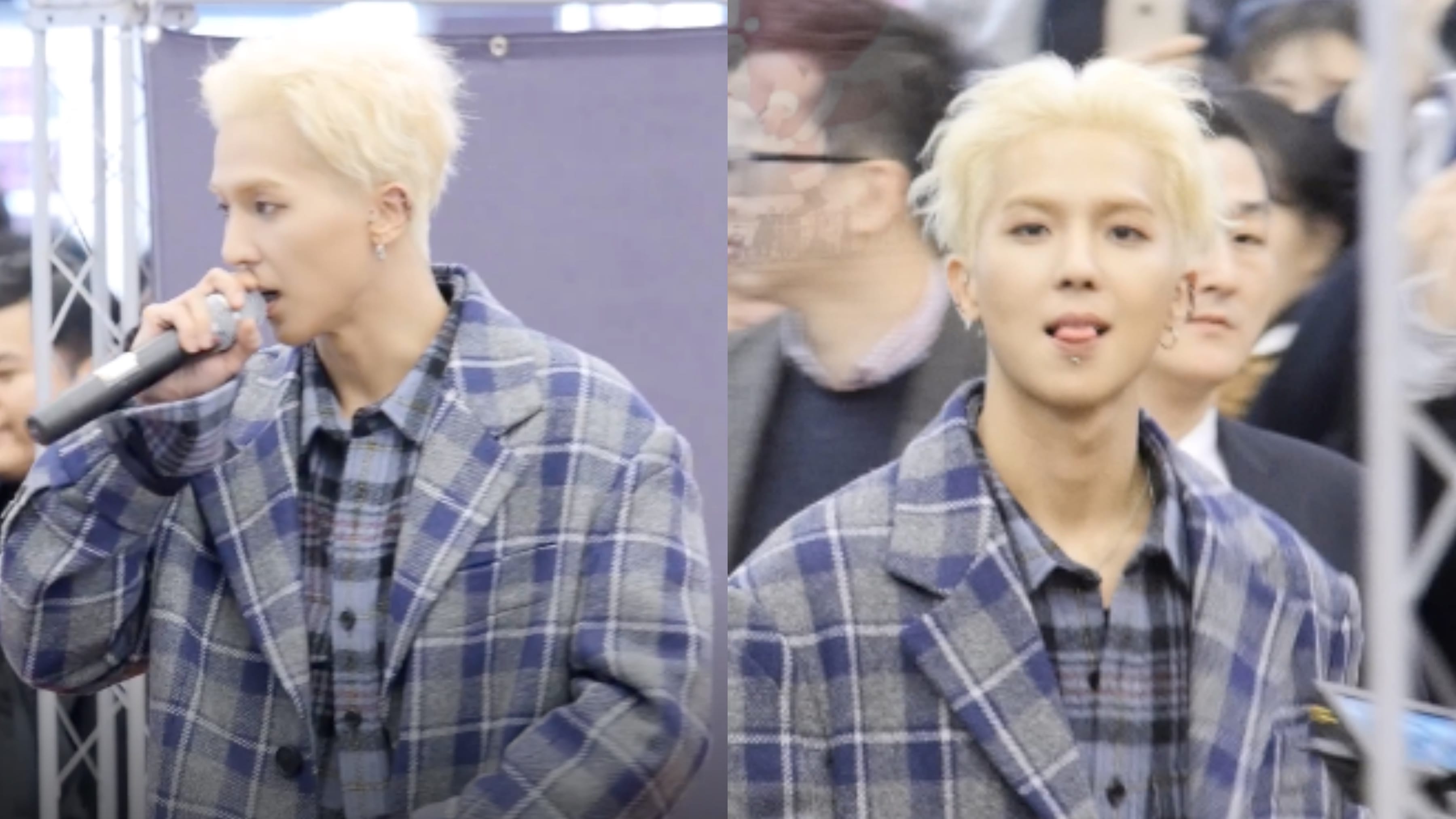 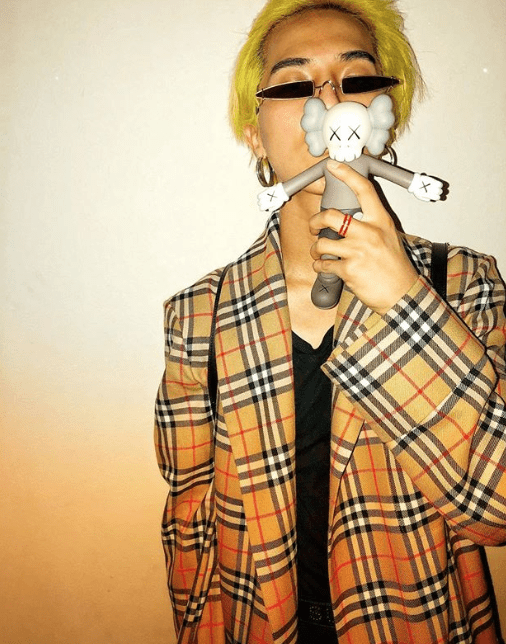 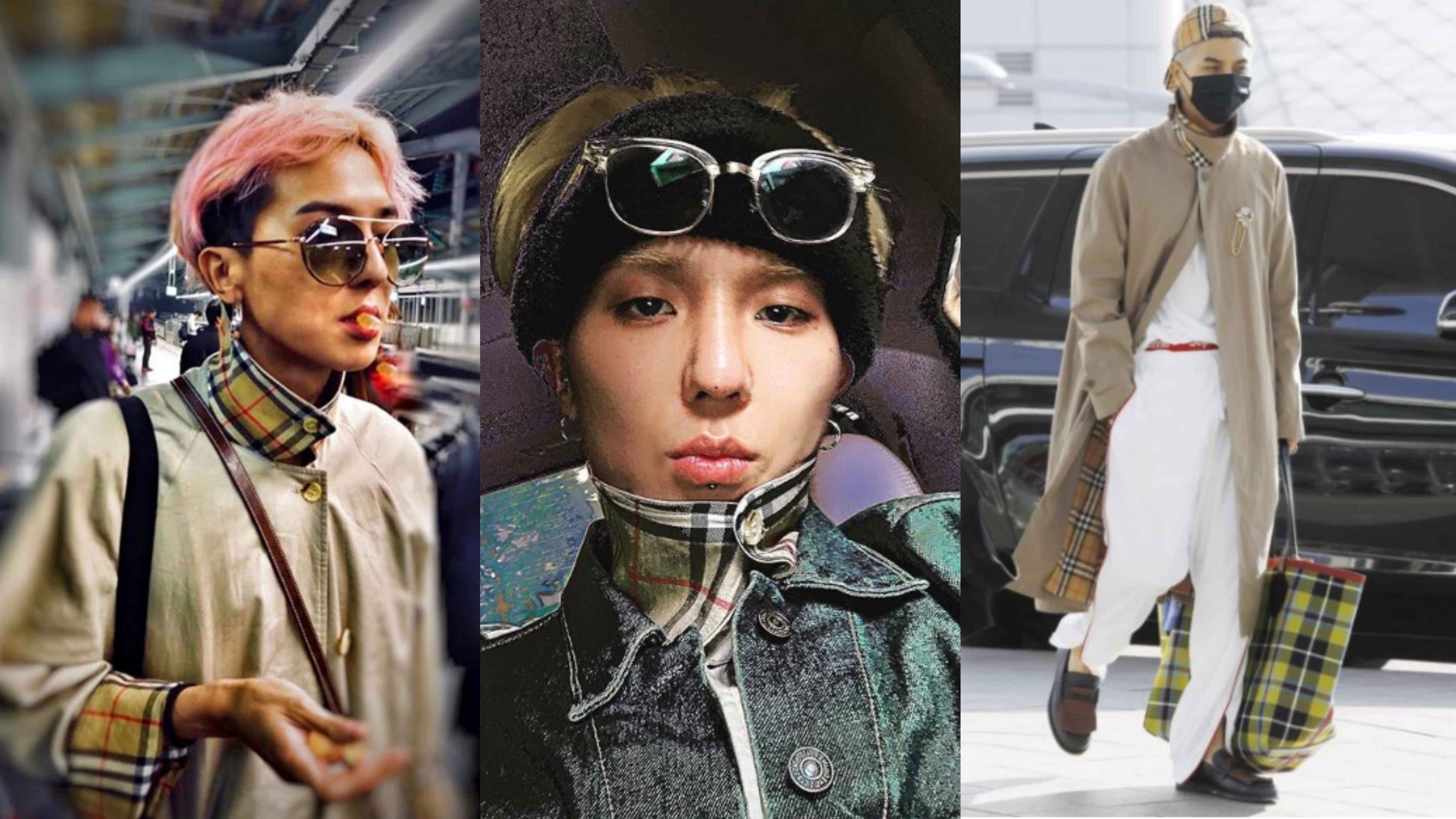 Song Mino’s version of a toned-down look is an all-black leather outfit that has a mix of loose and fit cuts. It adds a bit of rock and punk touches to his look. 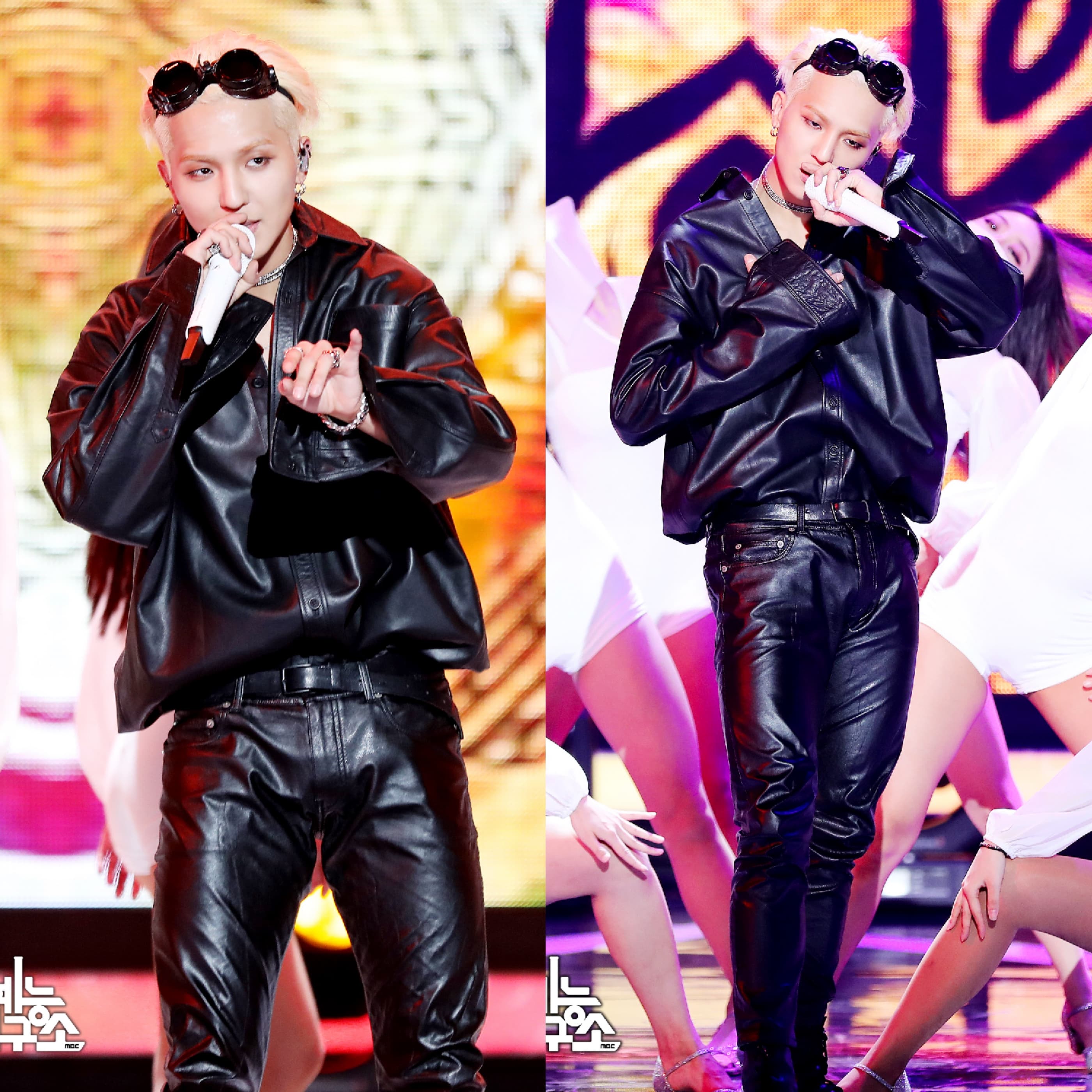 His platinum blonde hair isn’t the only one that’s screaming yellow. In one of his live stages, he wore a bright canary fur coat over a leather jacket with bling fringes that sparkled whenever he moved. 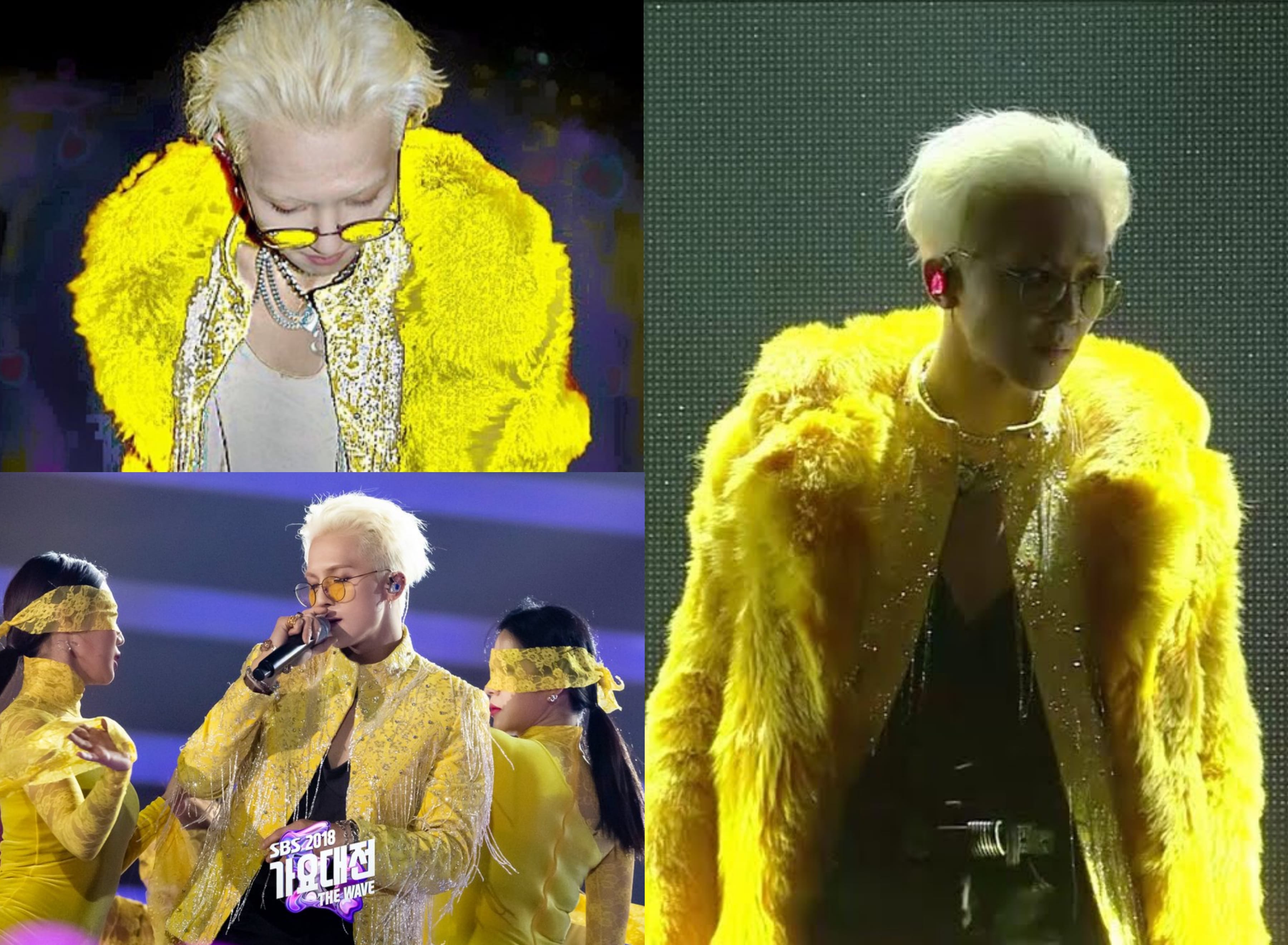 Sometimes the best way to explain Song Mino’s style is to simply display it. In one of his latest Instagram posts, he wore a matching khaki long coat, baggy pants with a preppy red knit V neck, a floppy beret, a green bag in the shape of a fish, and a cane! On another occasion, he wore a glittery sequined sweater with a motocross-inspired pants. These looks are surely hard to pull off, but he does so effortlessly and looks undeniably cool. 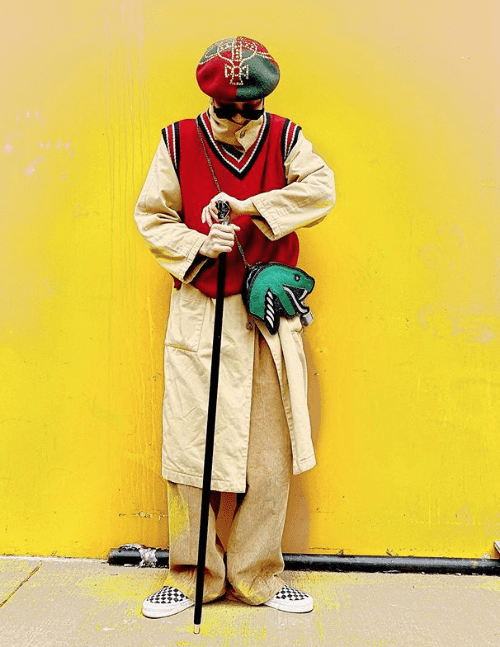 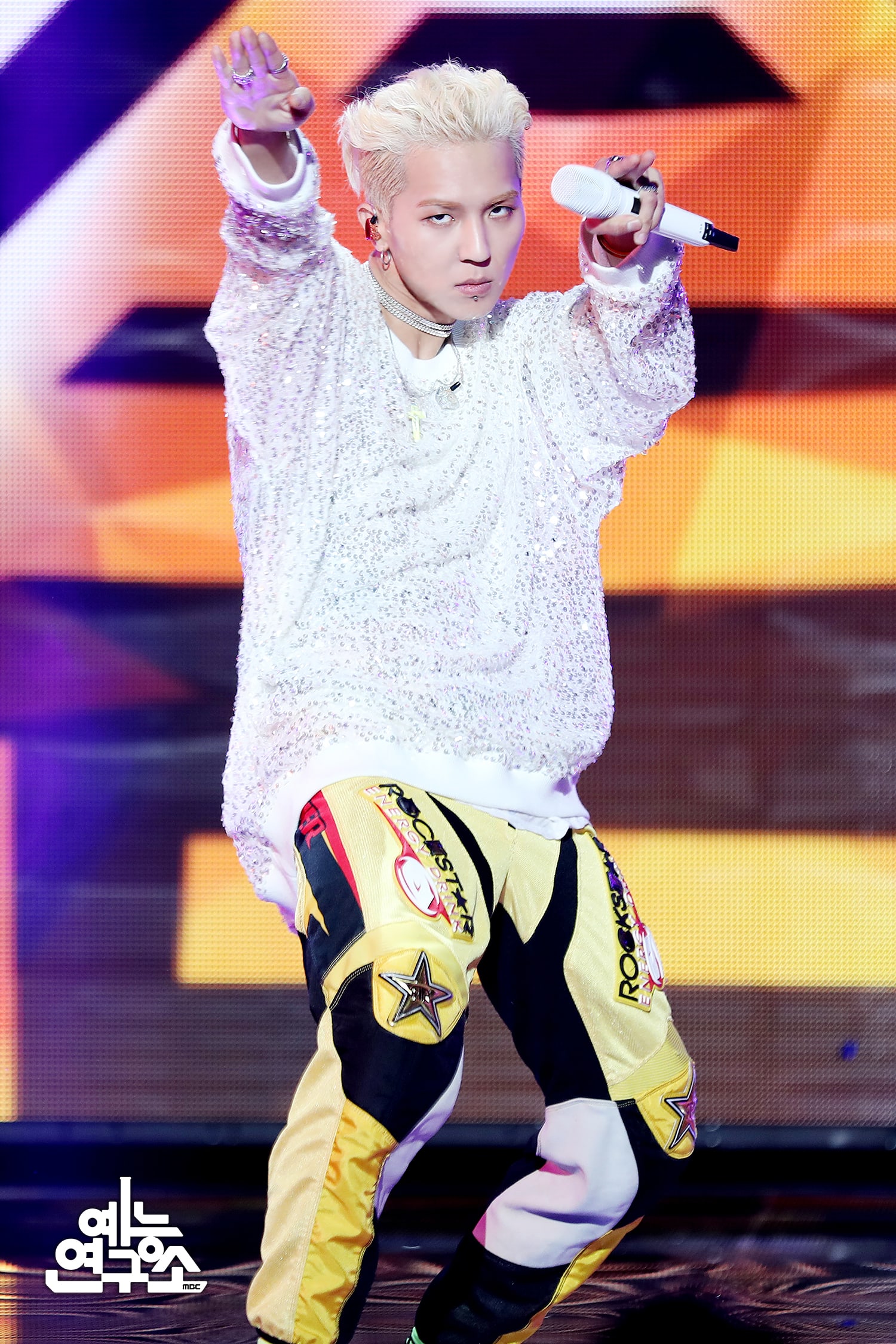 The body suit with gloves trend was seen on Jennie when she performed “Forever Young” onstage with BLACKPINK as well as on BoA in her “Woman” music video. Song Mino gives his own interpretation by wearing it inside a loose black suit, and it works! 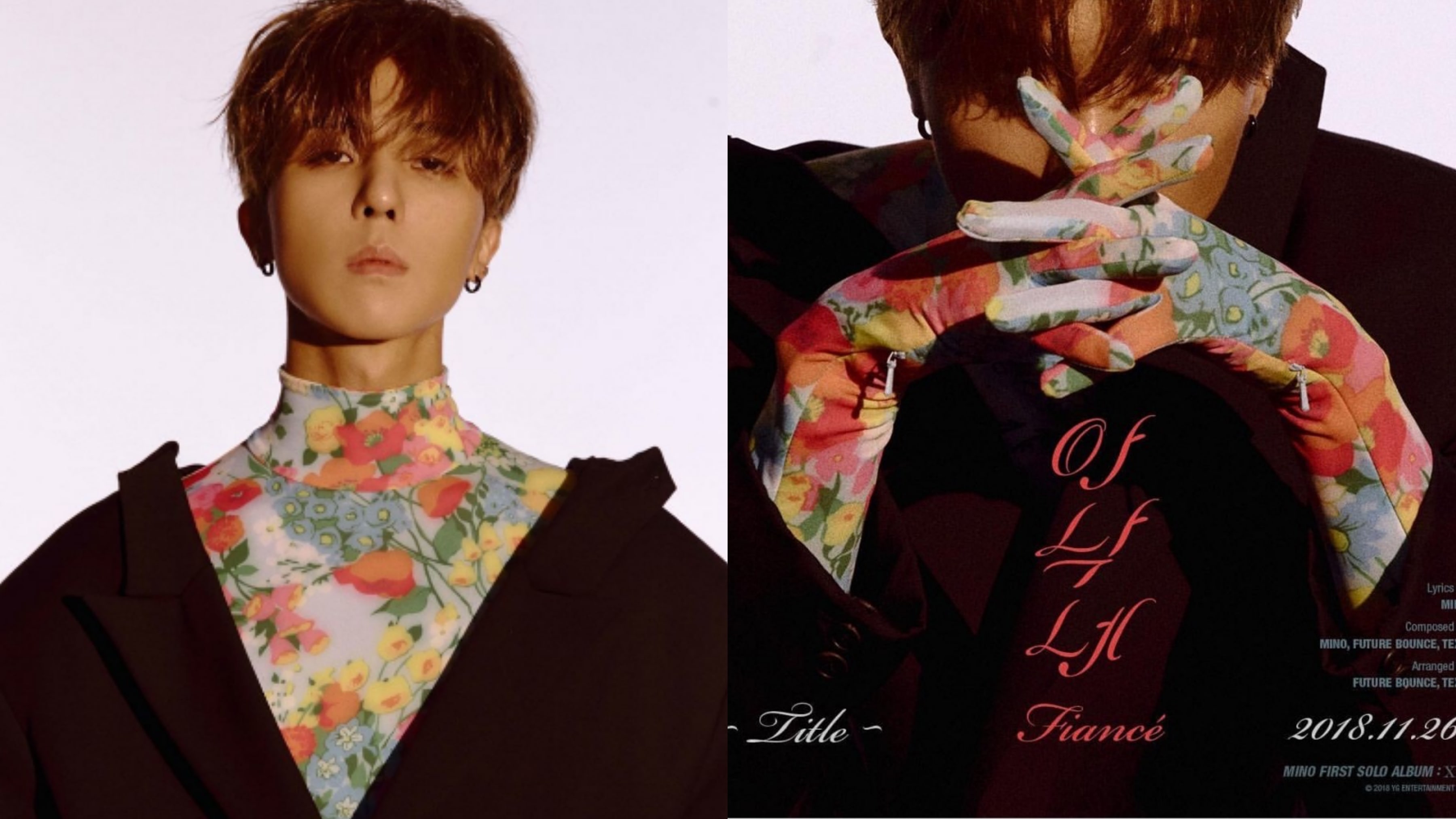 Song Mino has a thing for wearing eyeglasses offstage, but for his “Fiancé” performances, he wears goggles on his head. He also wears steampunk-inspired glasses and a high crown top hat in another outfit. Aside from his chin piercing, one of his other noticeable preferences is piling up earrings, necklaces, and wearing rings on every finger. 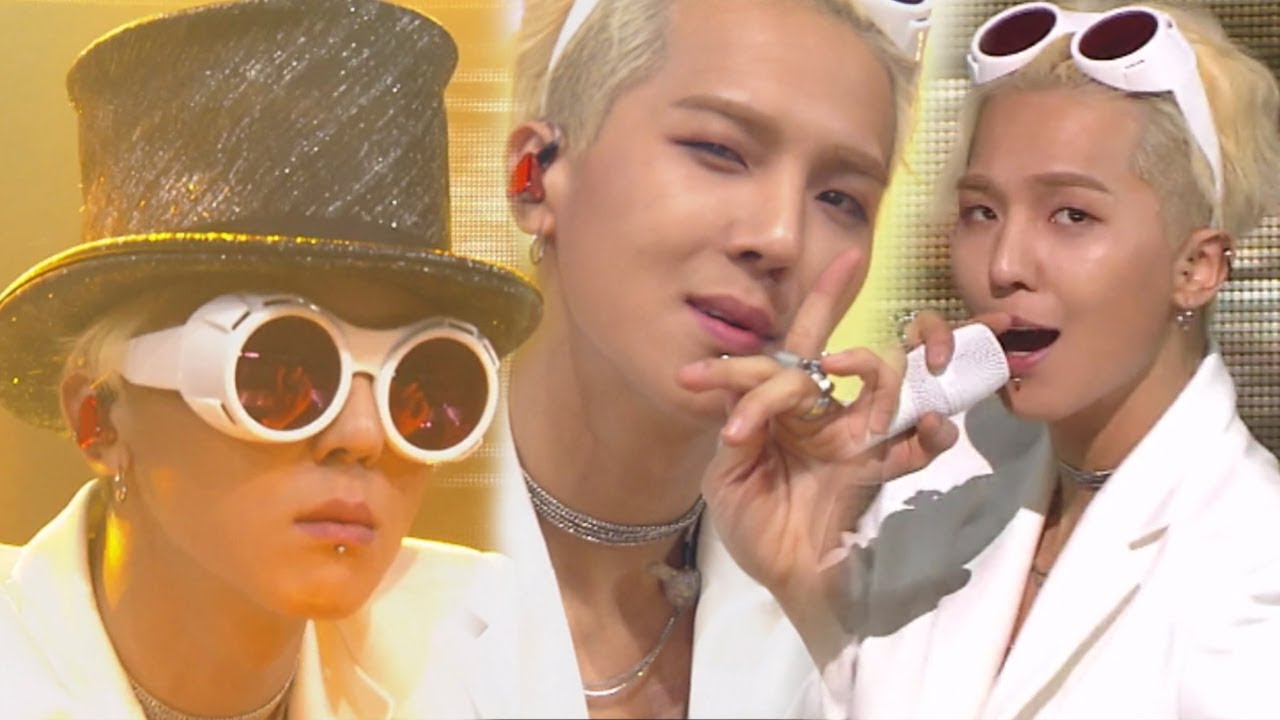 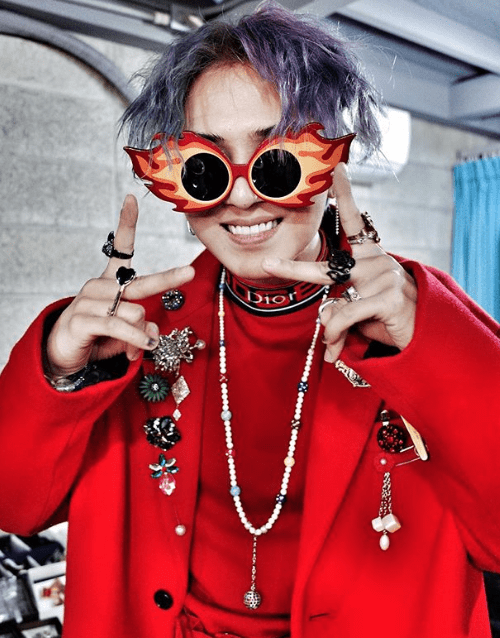 To compliment his outfits, he often carries a small colorful bag that adds a touch of cuteness to his overall look. 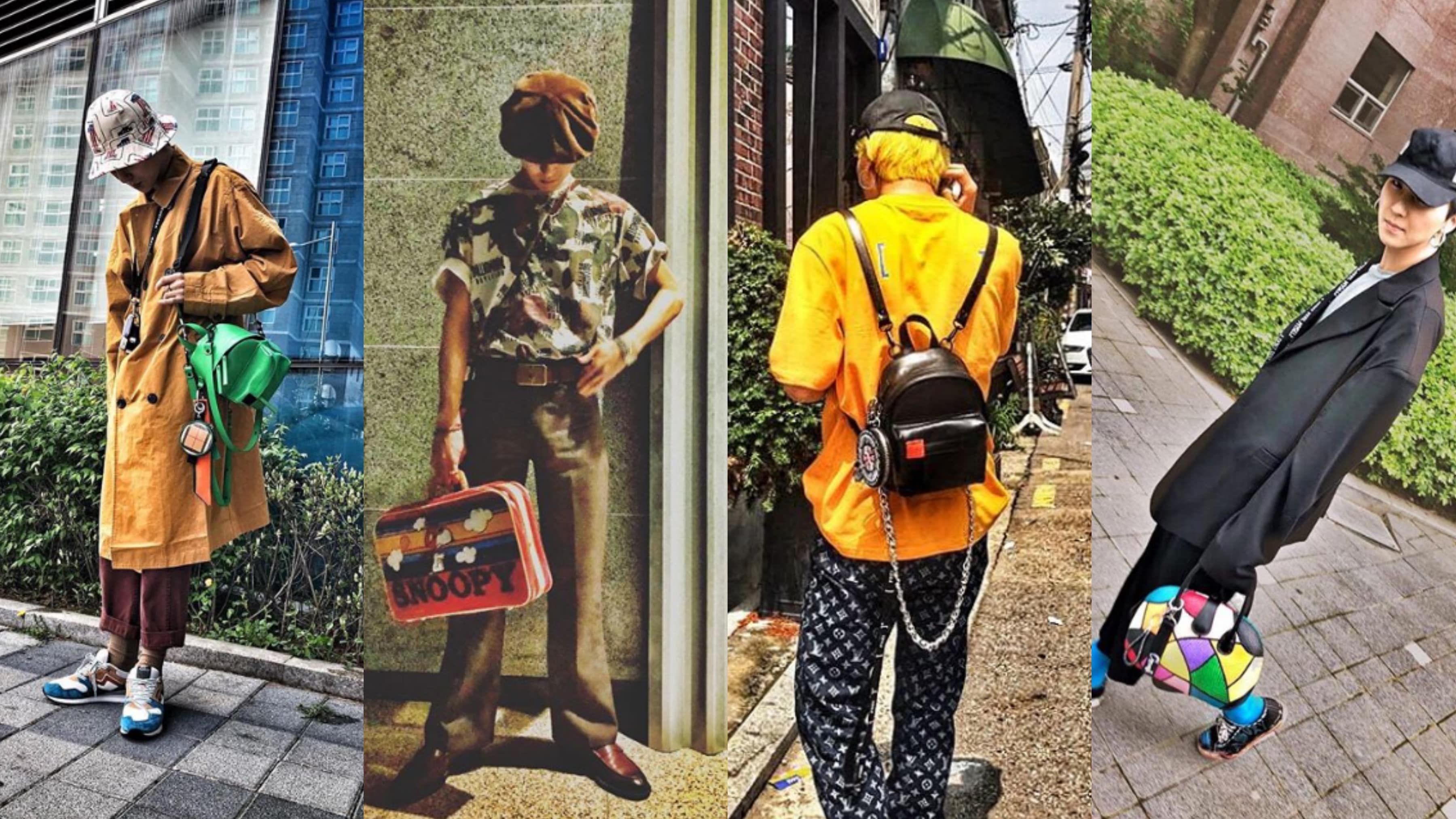 Song Mino likes to cut up his clothes and sometimes mix them up together like his denim jeans and three-lined jersey detail on the side. 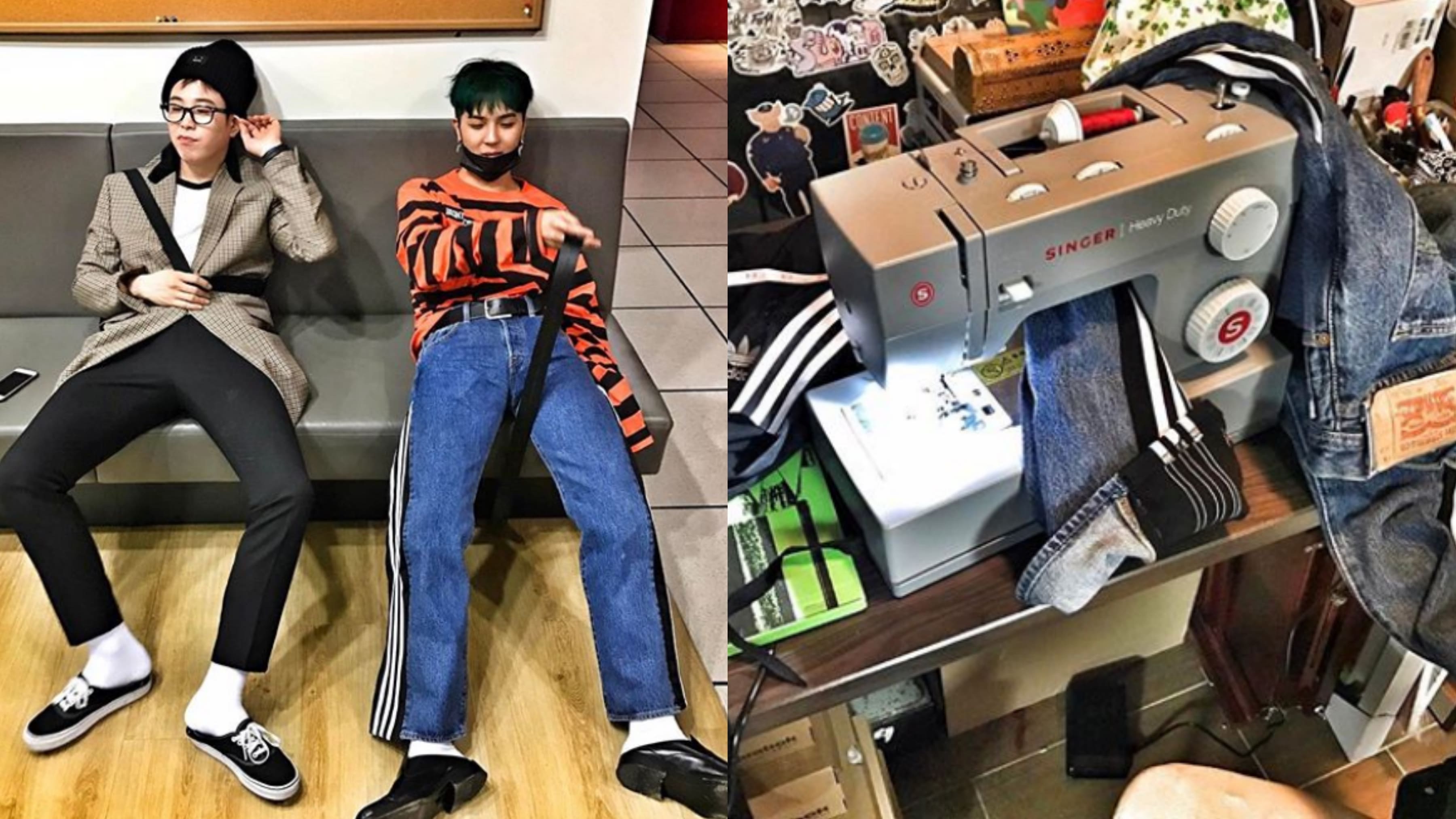 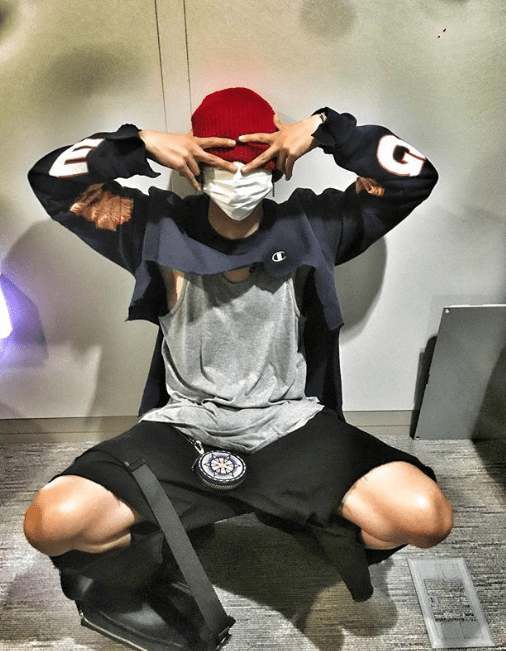 Perhaps Song Mino is a creature of comfort, which is why he likes wearing oversized, comfy hoodies with everything, whether it’s matching jogging pants or tailored trousers. It completes his street, hip hop-inspired style. 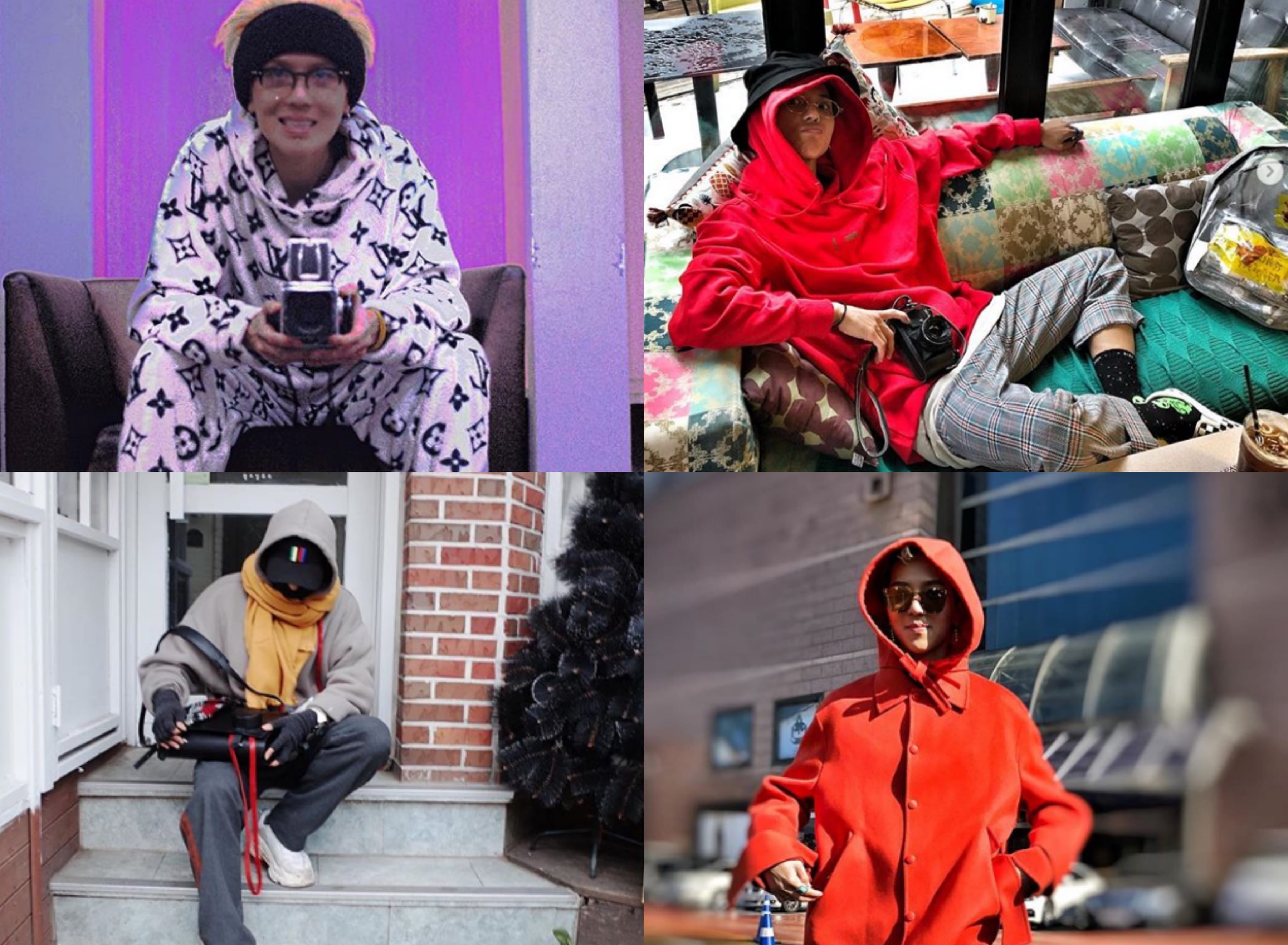 From ripped, patched, camouflaged, to simple denim, when it comes to pants — Song Mino makes sure he doesn’t wear anything boring. 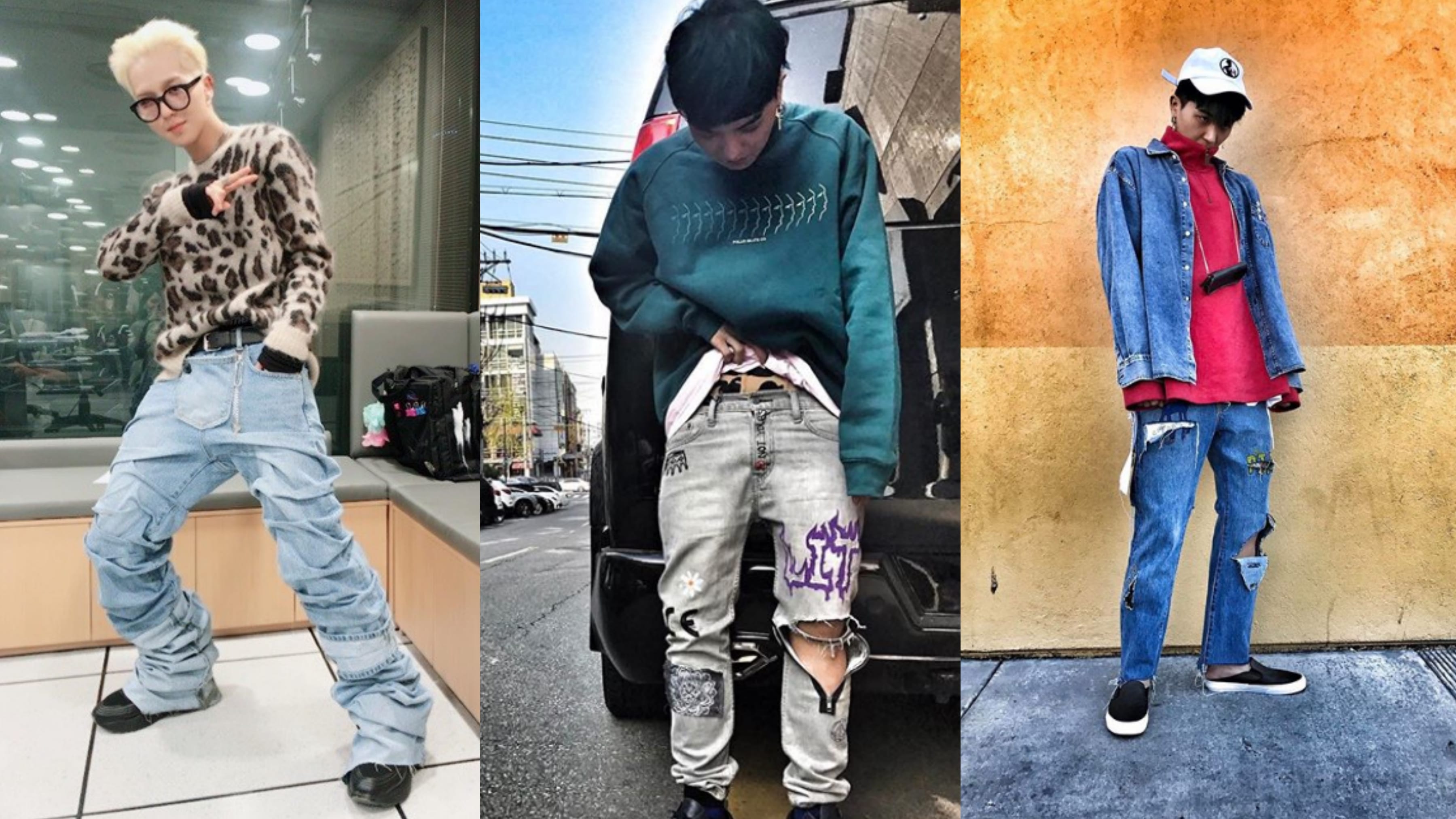 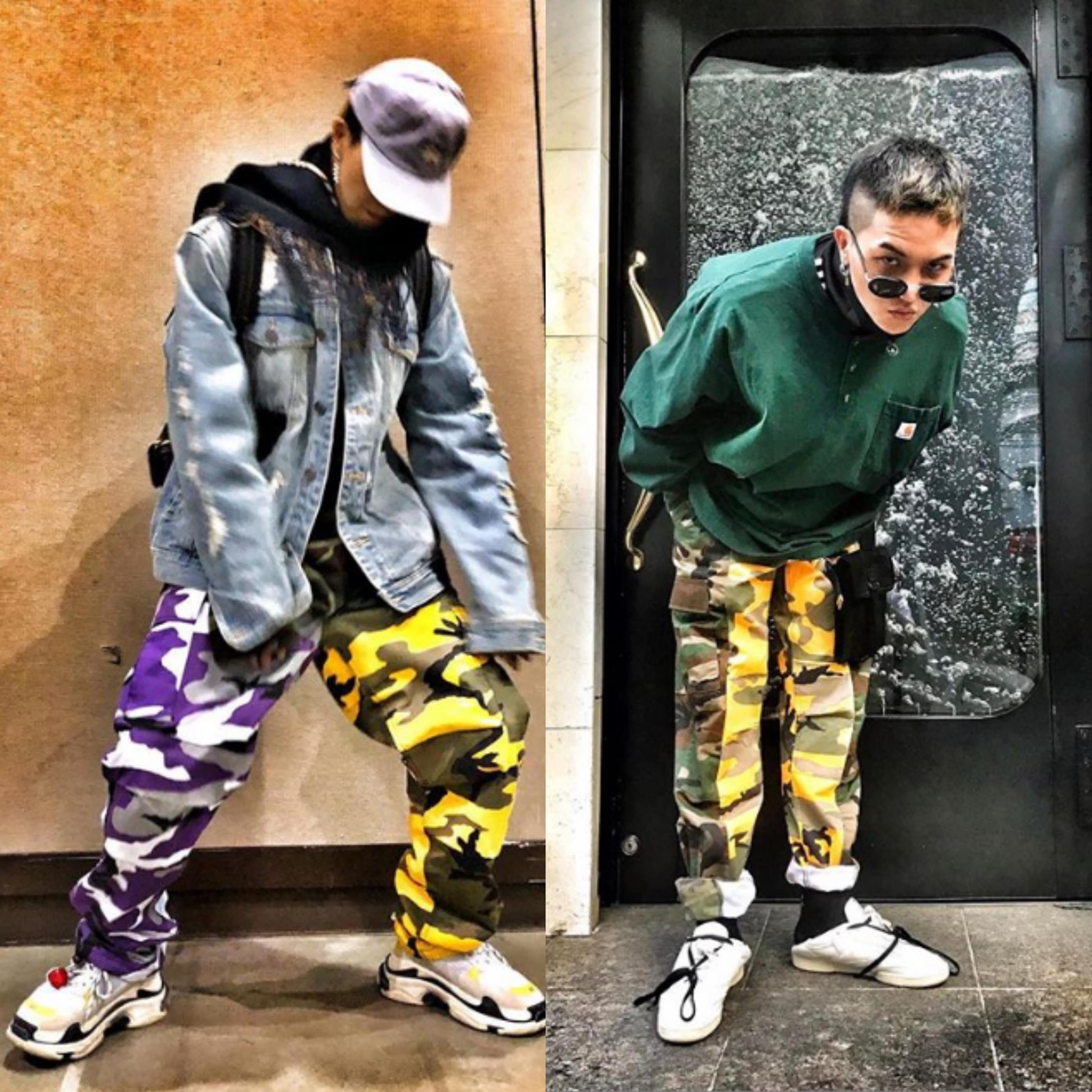 Song Mino shows his fierce, chic side with this animal print-on-print combo. 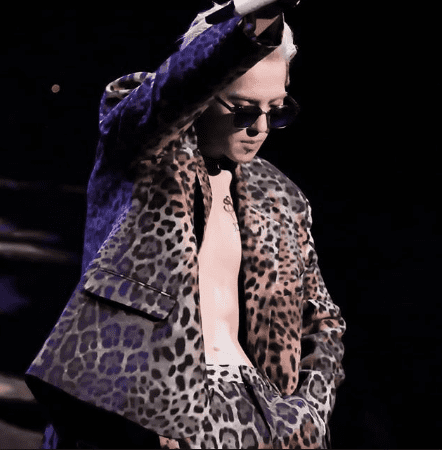 Song Mino also likes to kick it old school and serve some major throwback looks but with a modern twist. 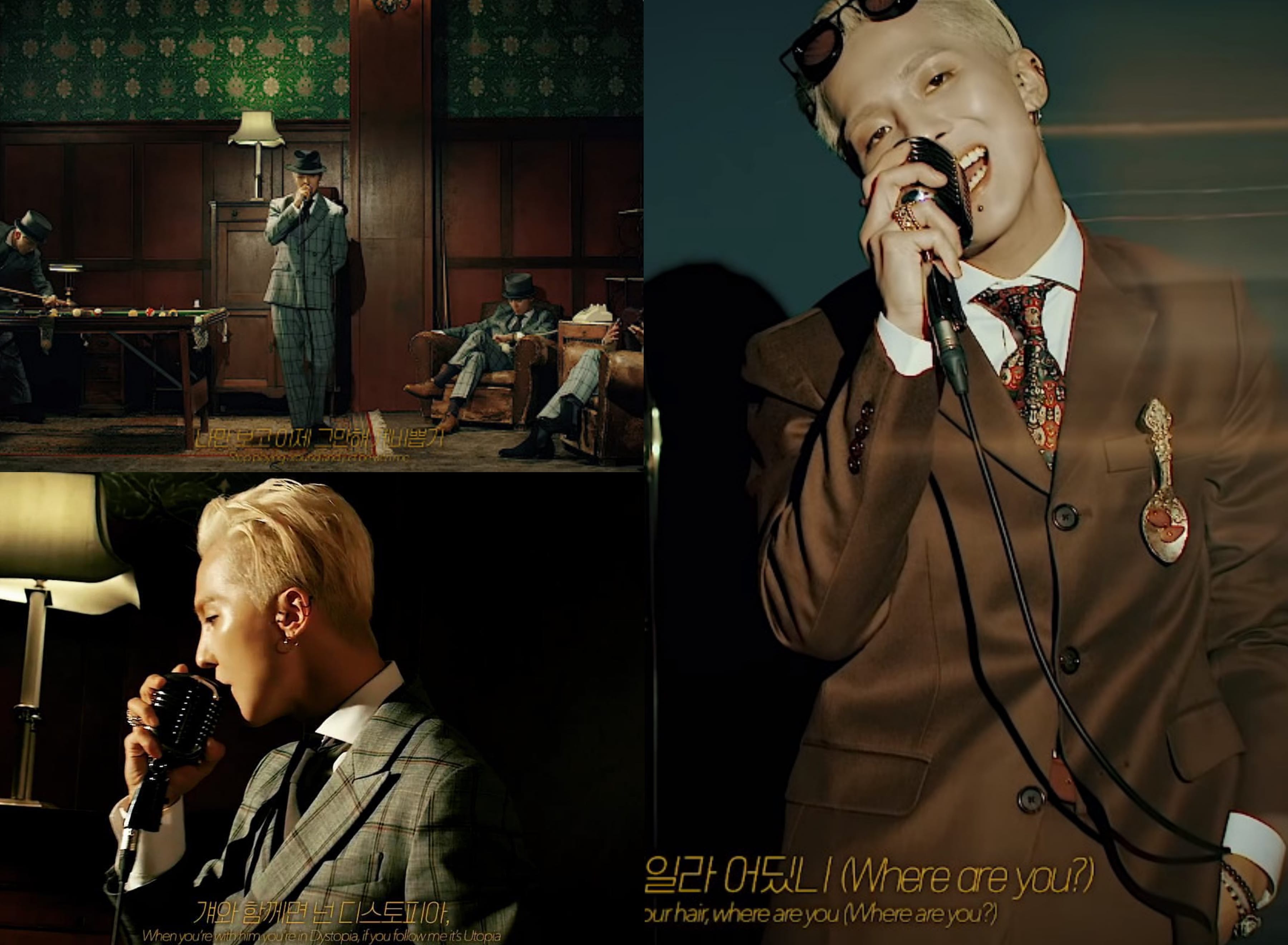 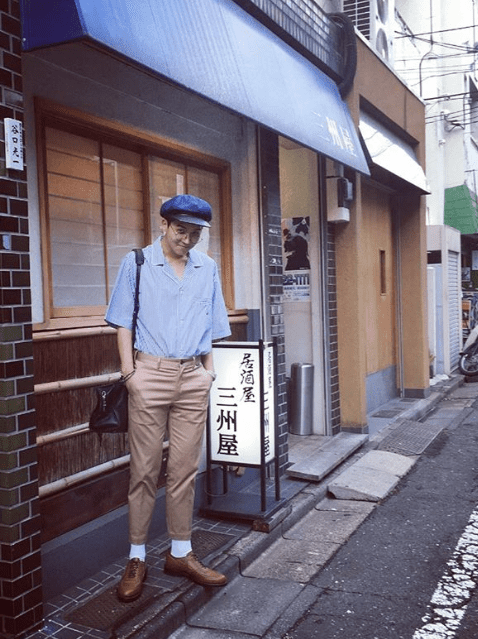 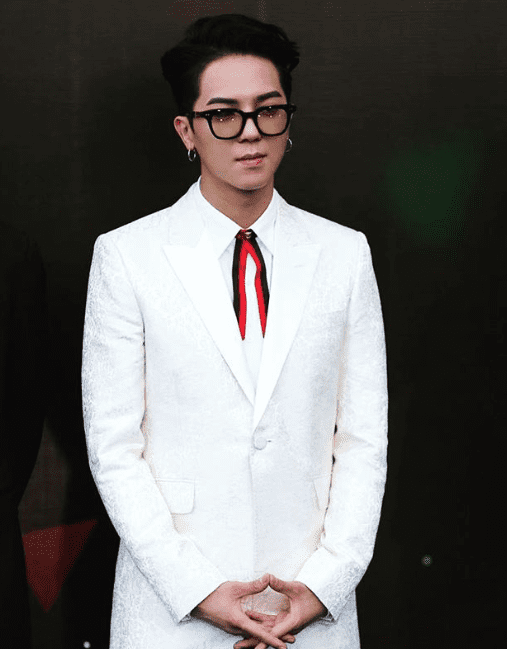 Glimpse of his tattoos

Song Mino looks just as good when he is fully clothed as when he wears revealing clothes that show glimpses of his tattoos. While he doesn’t usually show them off, he has some impressive inks on his body like the words “be nice” and “be kind” on his shoulders. His style may be unpredictable, but it sure is exciting to look forward to what he comes up with next!

Hey Soompiers! Which of Song Mino’s style do you like the best? Let us know in the comments below!

WINNER
Soompi Spotlight
Song Mino
How does this article make you feel?