Yoo In Na On Her Favorite Role, What She Does With IU When They Hang Out, Thoughts On Marriage, And More

On the January 28 episode of MBC’s “Section TV,” Yoo In Na sat down for an interview ahead of the premiere of her much-anticipated drama “Touch Your Heart.”

Yoo In Na acted alongside Lee Dong Wook in the hit drama “Goblin” and will be reuniting with him as co-stars in “Touch Your Heart.” In the interview, she said, “I was cast first and then I heard that Lee Dong Wook was likely going to be doing it. I was so happy. After we started working together, I thought to myself, ‘This character would be completely impossible if it weren’t Lee Dong Wook.'” 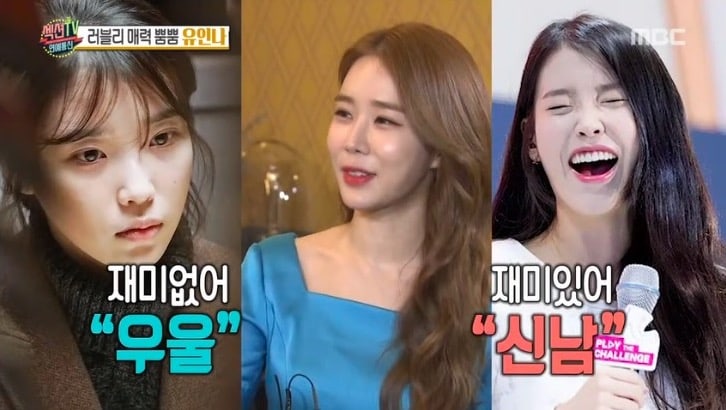 She also said, “I’m her fan, I like her music, and honestly she’s my best friend. She’s also an adorable younger friend.”

Yoo In Na is known for playing celebrity roles in her works, and her character in “Touch Your Heart” is also a top star. “I’ve usually had scenes in projects where I look glamorous, but in reality I’m ordinary and quiet,” she explained.

When asked which of her characters she likes the most, the actress replied, “My favorite character was Sunny in ‘Goblin.’ At the same time as being cool, she was also considerate and loved only one man.”

On the topic of what related search terms Yoo In Na would like to see for herself in five years, it was suggested to her that it might be congratulations on her marriage.

“My goal for five years from now is being called a ‘No. 1 viewership ratings actress,'” she said. “Recently, ‘SKY Castle’ received higher ratings than ‘Goblin.‘ So I think I’d be happy if I were in an article about that kind of project.”

“Touch Your Heart” premieres on tvN on February 6, and will be available on Viki.

Watch a trailer below!

IU
Section TV
Yoo In Na
Touch Your Heart
How does this article make you feel?