Jin Hua and Ham So Won revealed their baby daughter for the first time on TV!

On the January 29 broadcast of TV Chosun’s “Wife’s Taste,” Jin Hua’s father traveled from China to Korea to see his granddaughter Hye Jung. In the taxi, he couldn’t hide his excitement and showed off photos of the baby to the taxi driver.

Once he arrived at his son’s home, the grandfather called Hye Jung by her pet name and could not take his eyes off of her. “She’s so pretty,” he said. “She’ll be even prettier after 100 days have passed.” Panelists watching from the studio commented, “She’s so pretty even though she’s just an infant. She looks just like her father Jin Hua.” 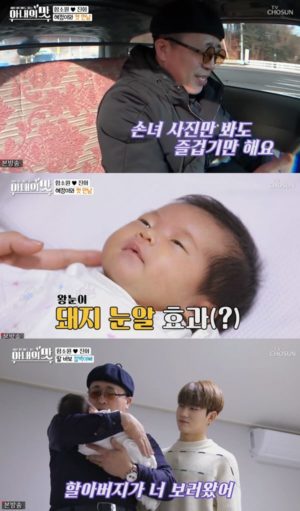 Jin Hua’s father brought his daughter-in-law a snakehead fish, which is a famous nutritional ingredient in China for those who give birth. He took the skin off the fish and prepared it for Ham So Won. The four of them then headed to a hospital for the baby’s vaccinations. Ham So Won became emotional seeing Hye Jung burst into tears after getting the shot, but she and Jin Hua expertly calmed down the baby.

The grandfather revealed that he had never received a shot before and refused to get the vaccination. But when Ham So Won told him, “You have to get the shot for your granddaughter,” he sat down and got the shot with his eyes closed. 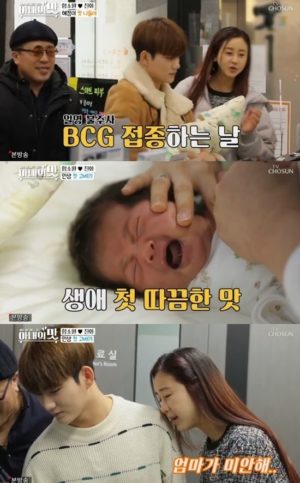 Ham So Won debuted as Miss Korea in 1997 and met Jin Hua, a former Chinese idol trainee, while working in China. The couple registered their marriage in January 2018 and welcomed their daughter Hye Jung on December 18, 2018.

Wife's Taste
Ham So Won
Jin Hua
How does this article make you feel?