“Haechi” will follow the friendships and love story of Prince Yeoning, a prince who cannot become the king. Scriptwriter Kim Yi Young, who is known for writing popular historical dramas such as “Yi San,” “Dong Yi,” and “King’s Doctor,” penned another great historical drama for 2019. She is joined by director Lee Yong Suk who received recognition for directing “Iljimae” and “The Village Achiara’s Secret.”

Along with the main posters, the drama also released a relationship chart for its characters. First and foremost, the chart shows that alliances have been made between Prince Yeoning (Jung Il Woo), Yeo Ji (Go Ara), Park Moon Soo (Kwon Yool), and Dal Moon (Park Hoon). The four will be uniting forces to make Prince Yeoning the king.

The image also hints at a romantic relationship between Prince Yeoning and Yeo Ji, and viewers are curious to find out how they will develop feelings for each other in the midst of a fierce struggle for power. 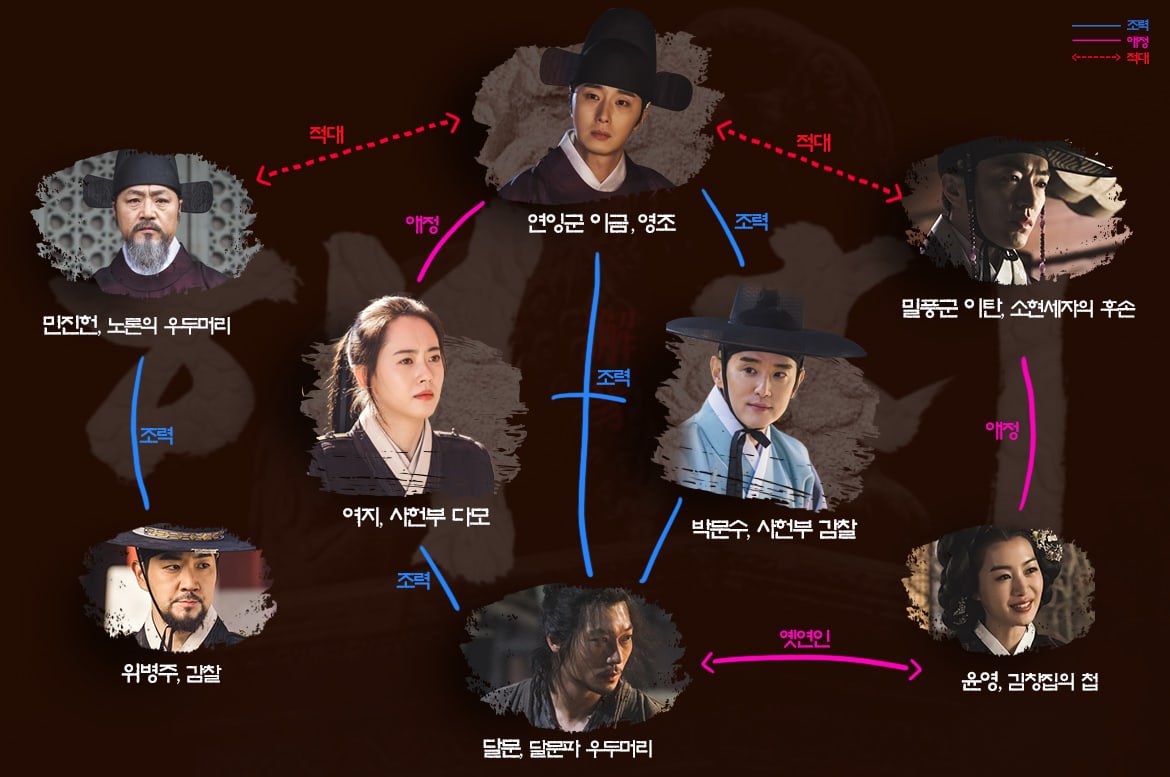 The enemies of Prince Yeoning are also shown in the image. The main villain will be Min Jin Won (played by Lee Kyung Young) who believes that having power is everything. He joins hands with Wi Byeong Ju (Han Sang Jin) and hopes to take advantage of Prince Yeoning to gain control of the country.

Another enemy of Prince Yeoning is Prince Yi Tan (played by Jung Moon Sung). He is to become the next king until Prince Yeoning comes in unexpectedly and interrupts his plans.

The production team of “Haechi” said, “The complicated relationships between characters will be interlocked with the process of a troublesome prince becoming the king to create a powerful storyline.” Please look forward to Jung Il Woo who will turn over a new leaf after meeting Go Ara, Kwon Yool, and Park Hoon, and how he fights against Lee Kyung Young and Jung Moon Sung in the upcoming drama.”

“Haechi” will premiere on February 11 at 10 p.m. KST and will also be available on Viki!