When cast members of “SKY Castle” appeared on “Happy Together” on January 31, they talked about what their lives are like as they hide big secrets about the popular drama’s plot!

Chani plays Hwang Woo Joo on the show, and the hosts said they heard that he gets confused about whether he’s Chani or Hwang Woo Joo.

Chani explained, “When I go out to eat I get called Woo Joo, and sometimes our staff even calls me Woo Joo, so I get confused sometimes. People always ask me ‘Who killed Hye Na?’ My parents even ask me, ‘Who killed Hye Na? Are you out of prison yet?’ I’ve had to keep things a secret from my family too, so they’re always disappointed. Since it’s more fun if they find out when they watch it in the episode when it airs, I don’t tell them.”

When the hosts asked if any of the cast members had spoiled a family member unintentionally, Lee Ji Won raised her hand and explained that her father receives her scripts for her via e-mail and looks at them. Kim Bo Ra said that she hasn’t told anyone anything, including her family and close friends.

Kim Dong Hee said, “I always keep my scripts organized neatly. But then the scripts for episode 17 to 19 were gone.” He made the others laugh when he added, “My mother came to visit yesterday. I’m nervous now.” 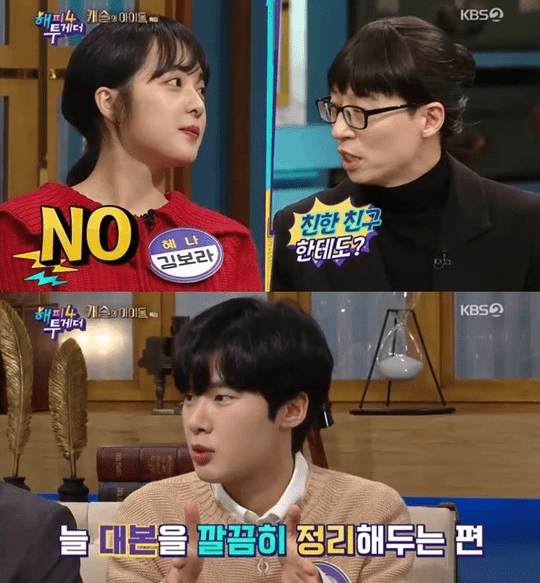 Chani then admitted that he did spoil one of his fellow SF9 members accidentally, although it was for something that had already aired. Chani said that Youngbin really enjoys “SKY Castle,” and had been watching a replay of the episode.

“I have the script in the dorm, but he said he wouldn’t look at it because he wanted to see the episode when it aired,” he said. “He was watching it and I said, ‘Remember, this is where Hye Na falls’ and he cried. I thought he’d watched it when it aired live and then was watching a replay. He was so sad.” 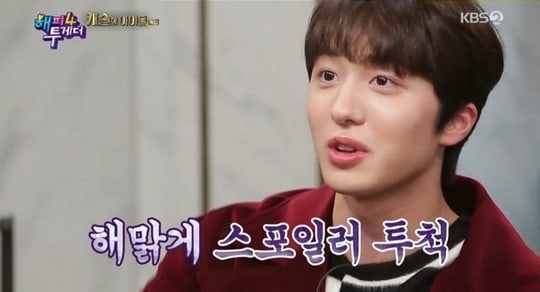