On the January 31 episode of “Happy Together,” actors who portrayed students in JTBC’s “Sky Castle” appeared as guests.

During the show, Jo Byeong Gyu revealed he filmed “Girls’ Generation 1979” with Lee Jong Hyun. He shared, “[During that time], I didn’t have a home, so I slept at my senior actors’ homes and also bought a used car for 2 million won [approximately $1,795) and slept in it.”

He continued, “After finding that out, Jong Hyun told me to come to his home, so I lived there for two and a half months. He told me to live with him until I saved money and got a place for myself. In return, he asked me to reveal this story when he is in the army. That way, he can be proud in front of his fellow soldiers. Actually, I had no intention of sharing this.” His last comment made the hosts and guests laugh out loud. 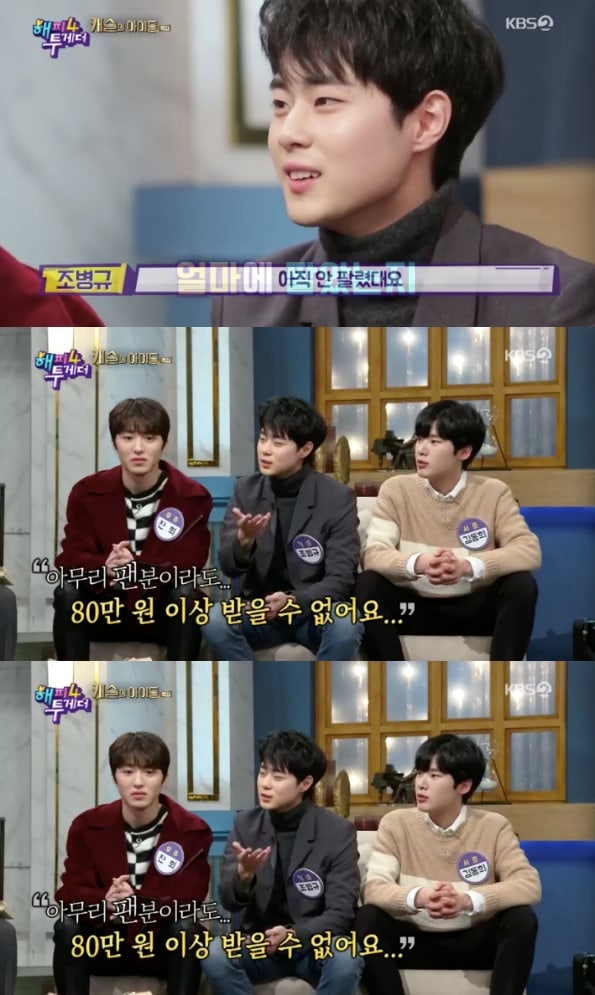 Watch this episode of “Happy Together” below!

CNBLUE
Happy Together
Lee Jong Hyun
Jo Byeong Gyu
How does this article make you feel?