Park Bo Gum To Release His First Single In Japan

Actor Park Bo Gum will be showing off his vocal skills again as he releases a single in Japan!

On March 20, Park Bo Gum will release his Japanese debut single “Bloomin’.” The single will include the title track as well as the song “Shining Future.” The song “Bloomin'” includes a message about wanting to grow flowers and bloom together as one despite being far away. It’s said that Park Bo Gum has dreamed of being able to sing a song with a message for his fans all over the world.

Park Bo Gum said, “I’m happy that I’m able to greet my Japanese fans through a single album. I want to send a warm message and love to you all through my song. I’ll try to show you a new side of myself. Please support me.” 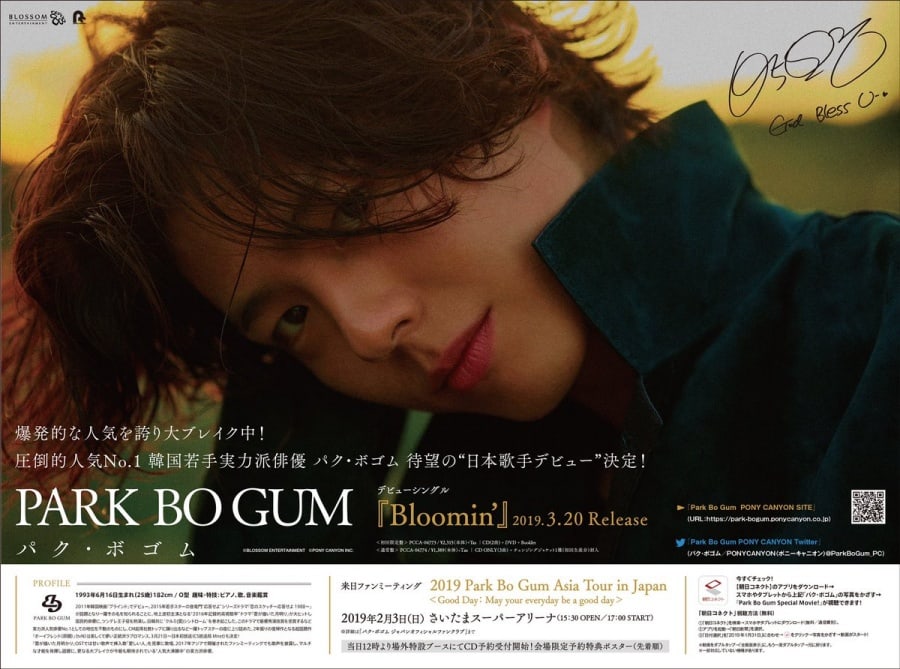 The actor’s agency Blossom Entertainment confirmed, “It’s true that Park Bo Gum is releasing a debut single in Japan. He received an original song and Park Bo Gum participated in the singing.”

Park Bo Gum’s previous music credits also include a song on the soundtrack of his popular drama “Moonlight Drawn by Clouds.” The star recently wrapped up his latest drama “Encounter,” and an interview following the finale, he said that one of his dreams is to release an album.