WINNER’s Song Mino and Block B’s P.O opened up about their previous hardships on the January 31 episode of SBS’s “We Will Channel You.”

Song Mino talked about his debut in BoM, a male ballad group that disbanded in 2013. He shared, “My debut with Block B was canceled due to a contract disagreement between my parents and the company, so later I joined a start-up company and made my debut. At that time, I couldn’t even dream of winning first prize on a music show, and I was just thrilled that I got to perform on stage. I wanted to do hip hop, but I sang ballads. Even if it wasn’t the music I wanted to do, I was thankful.”

P.O added, “When Mino debuted, Block B won first place, and we bumped into each other. At that time, all the members cried so much that we couldn’t even perform.” Mino recalled, “It felt weird to know that the Block B members were watching my debut stage. Zico cried a lot.”

Then P.O revealed, “Mino wrote the lyrics at that time, but the company registered the copyright under someone else’s name.” Mino said, “In my song ‘Fear’, there is a reference to my past company. I didn’t even make 10 won (approximately one cent) there. I wrote the lyrics for five mini albums, but my name didn’t even go up. They talked as if it was natural not to mention my name.” 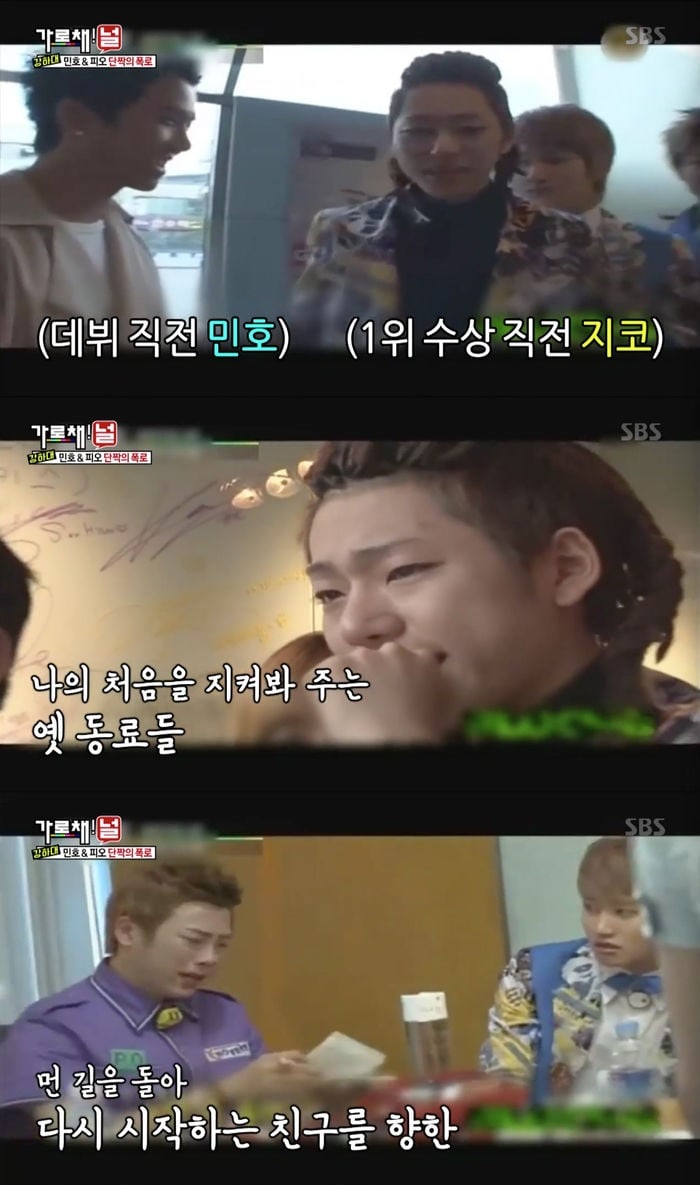 P.O also talked about his own struggles before his debut. Previously on “Radio Star,” P.O revealed Song Mino’s act of loyalty when P.O had been kicked out of the company and Song Mino volunteered to leave as well.

P.O added that he had been kicked out because he was disapproved by Zico and said, “Zico was in charge of everything. The company brought him over from Japan, and he was the one making the group.” So when he was kicked out, Song Mino left with him because they were friends.

Kang Ho Dong pointed out that he shouldn’t have returned to the company if that was the case, and Song Mino sheepishly confessed, “I went right back. I regretted it.” Kang Ho Dong asked P.O if Song Mino had been easily persuaded to return to the company, and P.O said Song Mino had told him, “I’ll try out [the training] first and then convince them about you.” Song Mino laughed in embarrassment but admitted he had really said that.

P.O then shared a behind-the-scenes story of the birth of Block B. Park Kyung and Zico used to be an underground hip hop duo. Park Kyung, who was studying in New Zealand, was invited to Korea by Zico so that they could become singers together, but Park Kyung was excluded [by the company]. P.O admitted, “The company didn’t like Park Kyung. I can’t give you the details.” 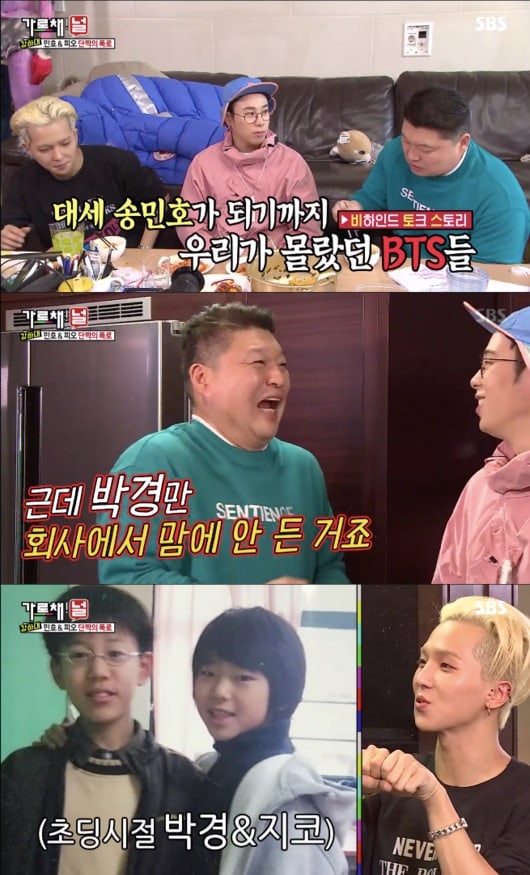 What a relief that P.O and Song Mino successfully debuted in their respective groups!

WINNER
Block B
Song Mino
P.O
We Will Channel You
How does this article make you feel?