Actor Jo Byeong Gyu has apologized for comments he made about actress Yoon Se Ah on KBS’s “Happy Together.”

During the episode, Jo Byeong Gyu talked about Yoon Se Ah, who plays his mother in the drama. “She’s too beautiful to be a mom,” he said. “I would like to act opposite her as the love interest instead.”

When asked what kind of project he’d like to do with her, he said, “An ahjumma [middle-aged woman] who owns a house and a young student who rents one of her rooms. The ahjumma is unmarried and they have their first meeting at a real estate office.” 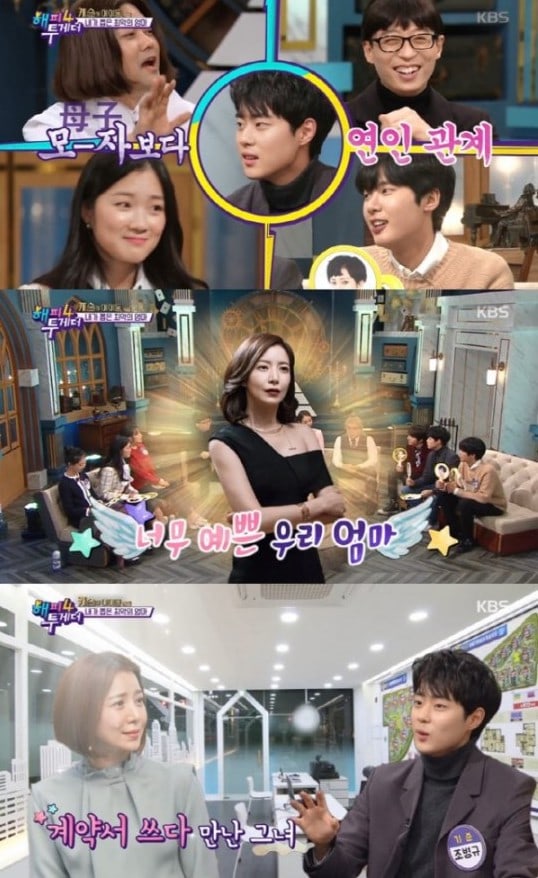 Afterwards, he wrote on Instagram, “Hello, this is Jo Byeong Gyu. As this was my first time on a variety show, with no experience but a lot of ambition, I think I was careless in the way I spoke about my senior. I watched the broadcast and realized that I had been indiscreet. I reflected deeply on my thoughtlessness. I will accept the disappointment I have caused and bow my head to sincerely apologize.”

He concluded, “I will learn and work hard to become a better actor in the future. Thank you. I’m sorry.”

Yoon Se Ah also responded to the comments in an interview. When told about what he had said on the show, she burst into laughter and said affectionately, “He said that? Oh man, I should scold him. What am I supposed to say? I won’t do it. I won’t. He will always be my son.”