The February 3 episode of MBC’s “The King of Mask Singer” revealed the identity of Let’s Gogh as a boy group’s main vocalist who has been active as a singer for 10 years!

The episode was a Lunar New Year special that had main vocalists of various idol groups battling it out and showcasing their vocal talents.

The third battle was between Let’s Gogh and Klimt, and the two of them performed “Come What May” from the film “Moulin Rouge.” They also performed solo stages, with Klimt singing Akdong Musician’s “Melted” and Let’s Gogh took on Kim Bum Soo’s “Last Love.”

Klimt was leading Let’s Gogh after the duet, with a vote of 61 to 39. Let’s Gogh managed to decrease the gap with the solo performances, but Klimt still moved on to the next round at a total vote of 107 to 92.

Let’s Gogh took off his mask to reveal that it was 100%’s main vocalist Rockhyun. He first made his debut as a member of duo Jumper under the name Rocky in 2009, before becoming a member of 100% in 2012. 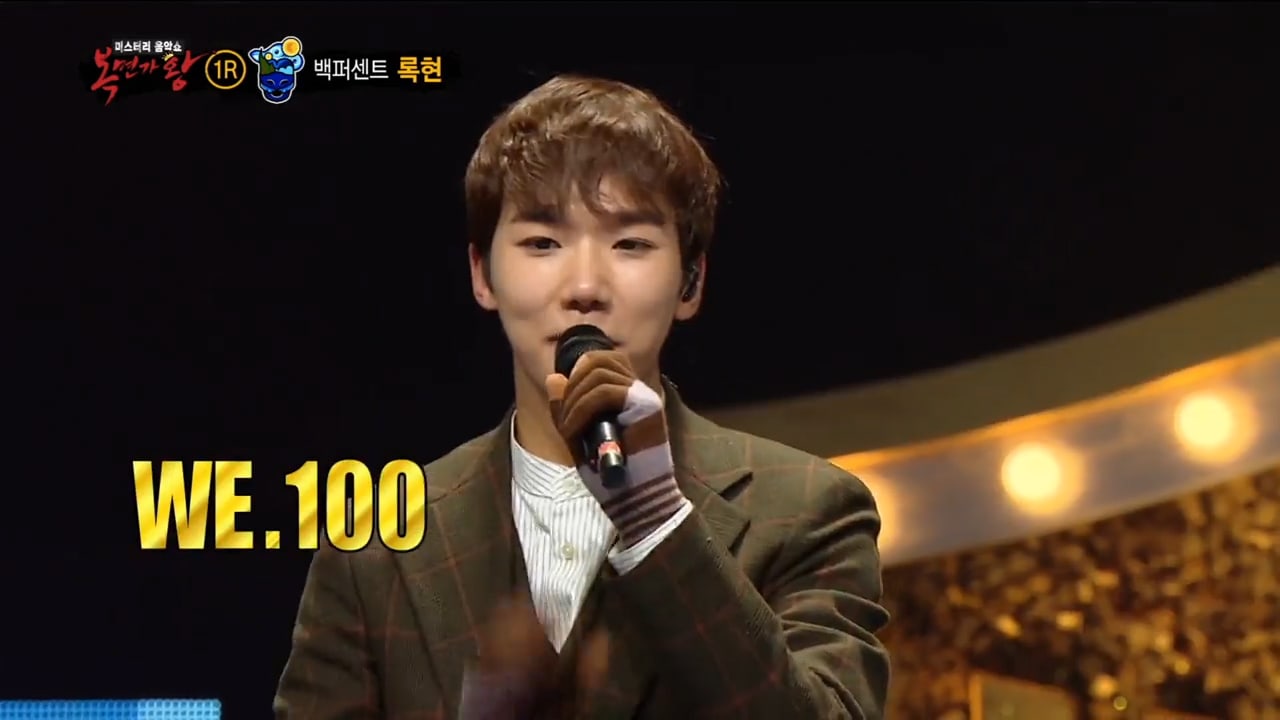 Rockhyun revealed, “I sent in a video three years ago because I wanted to appear on the show. But I didn’t make it back then.” He then expressed his gratitude as he said, “Recently, I had my wisdom teeth removed and was at home when I got a call asking if I wanted to be on the show. The pain of getting my wisdom teeth removed disappeared and I felt amazing. I asked them over ten times if they were sure.”

To wrap things up, Rockhyun shared that 100% will be making a comeback later this month and shared his hopes that people will give their love to the group.

After the broadcast, Rockhyun took to Instagram to write, “I had the chance to greet everyone through the Lunar New Year special. Thank you for letting me appear on teh show. I had so much fun, but I was also nervous and full of emotions, and I still can’t forget that space that allowed people to listen closely to my music. It was so much fun and I was so happy to be able to focus on my voice and enjoy myself without having to worry about facial expressions. I went on stage believing that nobody would recognize me, and I hoped that I would be able to get my name out there to a few people through this opportunity. I told myself that I should just focus on my stage, so I was so happy to hear such great compliments from everyone. I will continue to work hard with your words of encouragement and praise in my heart. Happy New Year!”

Check out Rockhyun’s performances and reveal below!

Rockhyun
100%
The King of Mask Singer
How does this article make you feel?