BTOB’s Yook Sungjae hit the jackpot on SBS’s “Master in the House”!

Lee Yeon Bok began, “Families gather, make, and eat dumplings together in China. Let’s make and eat Chinese-style dumplings.” He continued, “There’s a special ingredient. It doesn’t help at all with the taste, but it’s something you only put in during Lunar New Year,” and brought coins. He explained that on Lunar New Year, people will add jujube, candy, or coins inside of the dumpling stuffing and whoever bites into a dumpling with the item is said to have good fortune for the rest of the year.

Everyone sat around the table and ate dumplings together. Yook Sungjae picked up his first dumpling, bit into it, then took it out of his mouth. Looking around in shock, he said, “Master, I bit into something. I’m not lying.” He then took a big bite of the dumpling and revealed the 10 won (approximately $0.0089) coin. Everyone clapped for him and he celebrated his good luck.

When Lee Seung Gi asked, “What happens now?” Lee Yeon Bok unexpectedly took out a red envelope while replying, “A cash prize for the 10 won coin. In China, you put [gift] money like this in a red envelope.” He then handed the present to Yook Sungjae and the rest of the cast focused on eating to find more lucky dumplings. 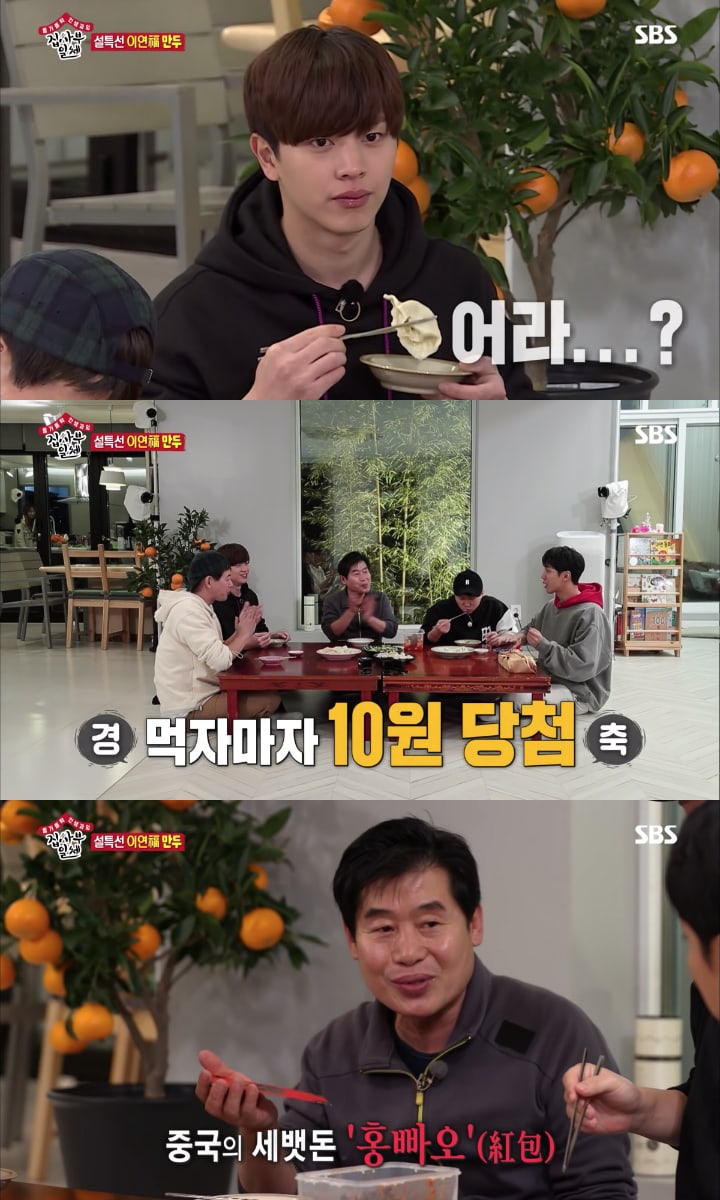 Yang Se Hyung began to shuffle through the dumplings on the plate in order to look for the next lucky dumpling. When the chef called him out on bursting the dumplings and not eating them, the comedian said, “I couldn’t pick it up.” Lee Yeon Bok said, “This culture keeps disappearing because of actions like this. The kids open the dumplings.”

After taking a bite of a dumpling, Yang Se Hyung got up and began dancing as if he found the other coin. When everyone looked towards him, he said, “It’s so yummy.”

Referencing how 2019 is the Year of the Golden Pig, Yook Sungjae then stated, “I’m really sorry. I guess this year is really my year,” and pulled out a 100 won coin (approximately $0.089). Holding up his two coins, Yook Sungjae marched around the room. Accepting his second red envelope, he said, “I’ll receive lots of luck. Thank you, master.” He then made a clever joke about getting lucky two consecutive times which is a literal translation of Lee Yeon Bok’s name. 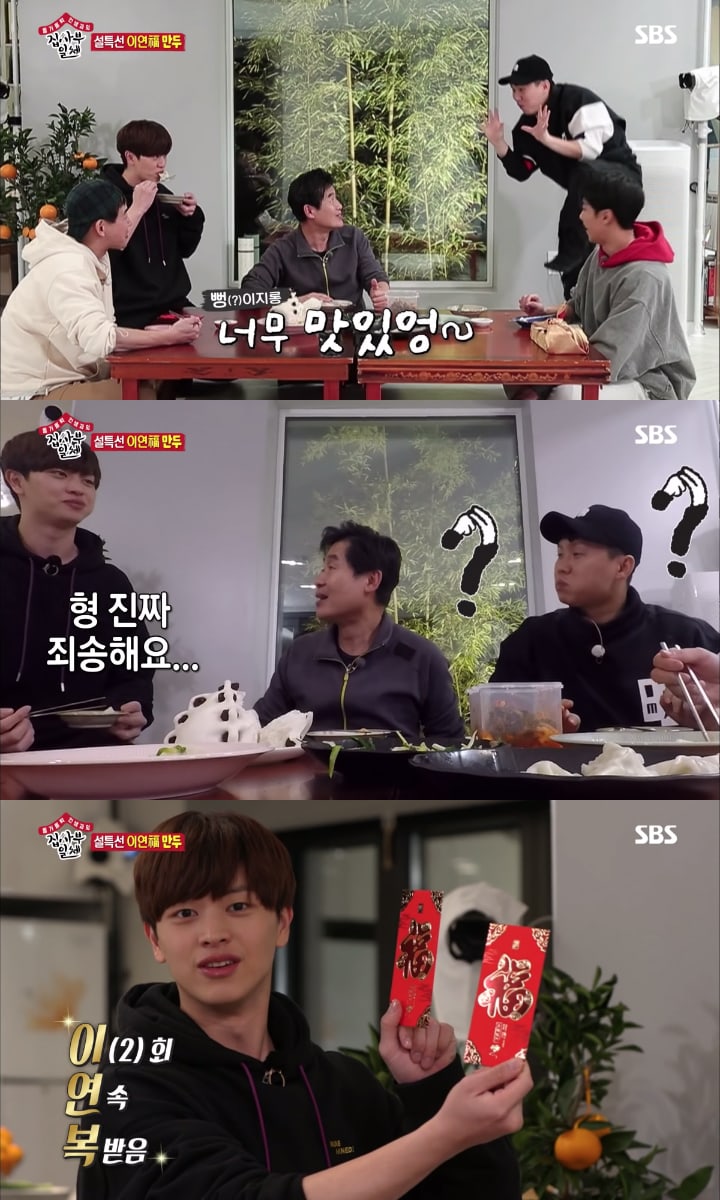 “Master in the House” airs on Sundays at 6:25 p.m. KST. Watch the latest episode in full below!