WJSN’s Bona shared her hopes and goals for 2019 in a Lunar New Year interview with OSEN.

Bona was born in 1995, the year of the pig, and 2019 is the year of the golden pig. The girl group member has been slowly gaining experience as a member of WJSN while broadening her spectrum as an actress.

WJSN recently released their newest mini album “WJ Stay?” and is promoting the title track “La La Love.” About this Lunar New Year holiday, Bona said, “Since WJSN is currently in the middle of promotions, I don’t think I’ll be able to go to my hometown. But I think I’ll be able to briefly spend time with my family. I want to take this as an opportunity to recharge while eating lots of delicious food. I’m also going to have a fun Lunar New Year holiday with the members. I’m really looking forward to it.”

Bona had a busy year in 2018 promoting with WJSN and appearing as a lead in a drama. She first began acting in the 2017 drama “The Best Hit” then continued to pursue acting by appearing in “Girls’ Generation 1979” and “Your House Helper.“

“For WJSN, I want us to accomplish new things we’ve never done before,” began Bona. “For example, I want to meet fans in various countries at WJSN’s concerts and go on tour. I also want the members to create unit albums to show new charms! I really hope it comes true.” 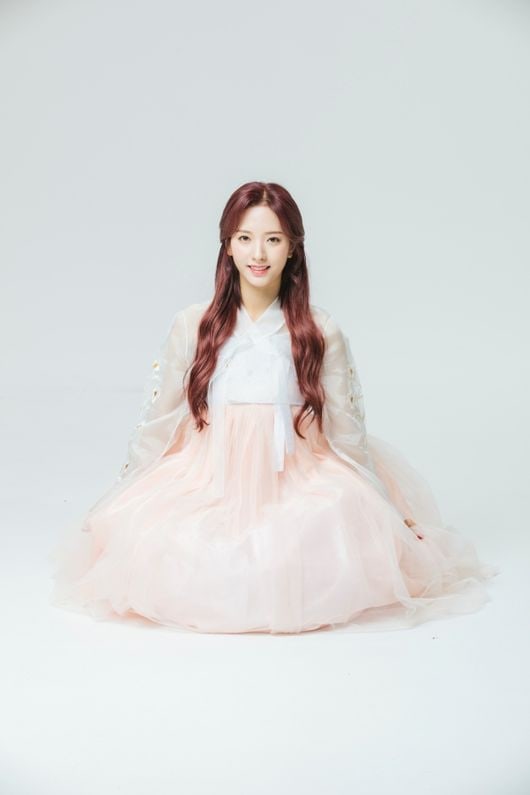 About her acting career, Bona continued, “I’m continuously preparing so that I can see you again with a good project. I’m watching many projects and studying a lot in order to do that. Besides the roles I’ve shown you until now, I want to play a role that slowly shows various charms. Every character portrays a different person’s life, and I can learn that through acting. This is how I’m preparing, and it’s my goal to see you again as an actress through another good project.”

She added, “If a good opportunity presents itself, I want to try acting in a film. I talked a lot with senior actors through past projects, and they said that dramas and films are really different, so I’m really curious as to what it’s like. I also really like films and think that it’ll be nice to act in a film.”

Bona concluded, “2019 Lunar New Year is already here! I hope you have a warm holiday with your family, who are more valuable than anything. I also hope that it’ll be a time where your mind and body are happy while eating rice cake soup and other delicious foods. Safe driving while traveling home and with the start of the Lunar New Year, I hope this year will only be full of good things. Happy New Year.”

WJSN
Bona
How does this article make you feel?