IZ*ONE has shared a special logo for their official fan club!

The logo was revealed on February 5 and shows a colorful writing of IZ*ONE’s official fan club name WIZ*ONE. The fan club name was initially revealed on the day of the group’s debut, and holds the meaning, “WIZ, which stands for genius or wizard, represents the wizards who will support the magical future of IZ*ONE, and also holds the meaning that IZ*ONE and the fans, or wizards, are one.” 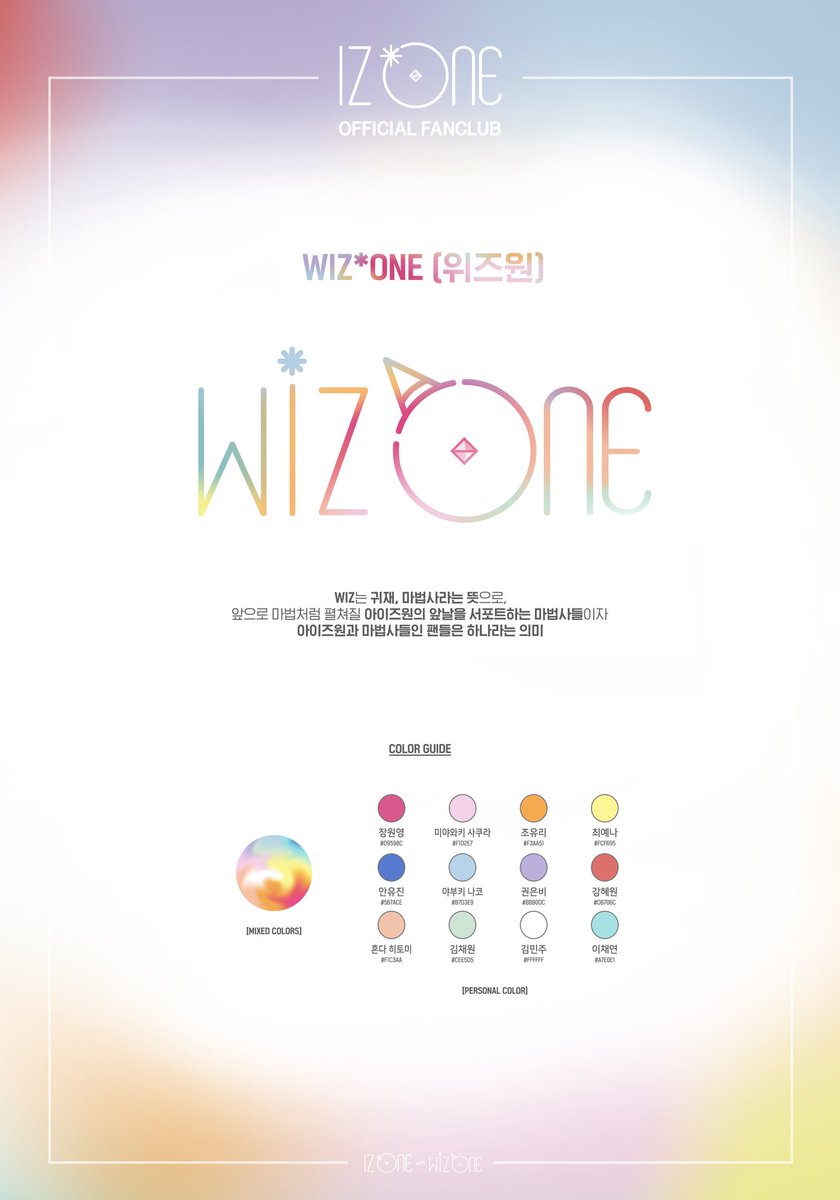 The new solo combines a total of 12 colors, which each color representing an individual member. The twelve colors come together to create a beautiful blend that is scene throughout the new logo, signifying how the members have come together as one and are a part of WIZ*ONE.

IZ*ONE is a twelve-member project group that debuted through Mnet’s survival show “Produce 48.” The group is currently gearing up for the release of their debut Japanese single on February 6.

Are you loving the new fan club logo?