Starring young actors Song Wei Long and Guan Xiao Tong, “Untouchable Lovers” starts when a young assassin who looks identical to cruel princess Liu Chuyu takes her place in order to kill the king. But as she meets the mysterious Rong Zhi and finds that many things are more complex than they appear, the lines between right and wrong start to blur.

It’s gripping, beautiful, and probably one of the most underrated dramas of 2018. Here are 12 reasons you should watch “Untouchable Lovers.” 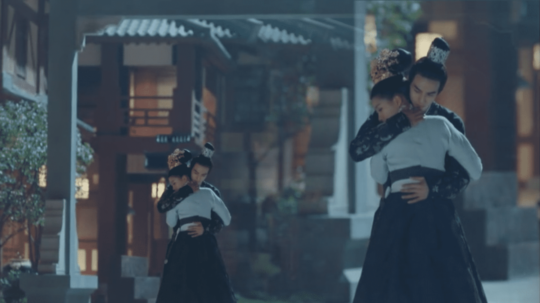 It’s a terrifying realization to have that, while you’re aware the villain of the story is a genuinely horrible person, he can also have moments that make him awfully endearing, and you can’t root for his demise anymore, just like you come to realize that the horrible person who got killed only a few minutes in might have had extenuating circumstances. Truly, “Untouchable Lovers” is all about shades of gray. The good guys aren’t 100 percent good, and the bad guys aren’t 100 percent bad. Prepare for a serious case of moral dilemma and get your tissues ready, because you won’t be leaving this one unscathed. 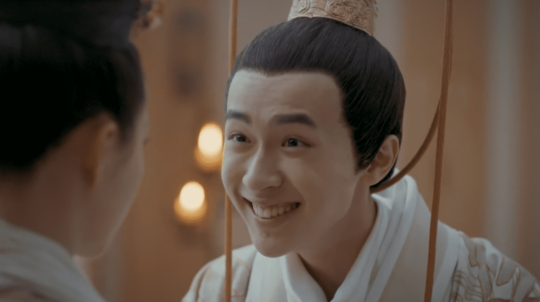 They’re all the rage ever since “Duel” came out. Here is another doppelganger drama for you. They’re everywhere, and it’s seriously incredible to see the actors pull off such different personalities. 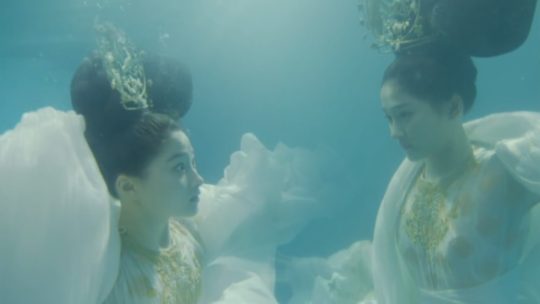 Some of the characters in “Untouchable Lovers” are insane, and it shows. Oh boy, does it show. Some things are so twisted you’ll find yourself reeling at how cruel and perverse they are. They don’t happen often, but they do. In fact, the screenwriter did a perfect job at peppering those happenings throughout the story so the audience would start settling down, feeling comfortable… right in time to get kicked straight back into a horror movie. 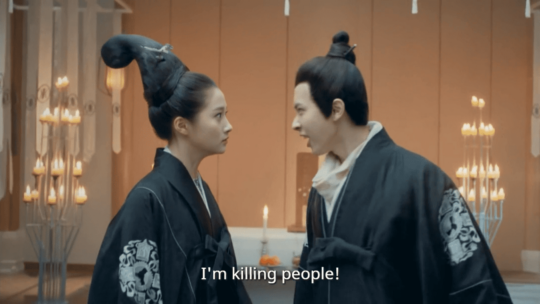 One of the main pitfalls of writing a strong female character is the erring belief a girl must either be a badass swordfighter or a calculating stone heart to be “strong.” “Untouchable Lovers” managed to go around that particular trap extremely well: while she is indeed smart and resourceful, Chuyu remains kind and open-minded, and also adorably shy. Down-to-earth and respectful, she’s also fiercely independent and would rather take care of her problems on her own if she can…dropping a few pieces of harsh truths that will ring true to every girl around the world at the same time.

Smart people all around

Rong Zhi seems like an obvious example, but “Untouchable Lovers” is chock full of smart people plotting against each other. You can never know whether what’s happening is an actual coincidence or a carefully planned chain of events. In which case… who is the mastermind? 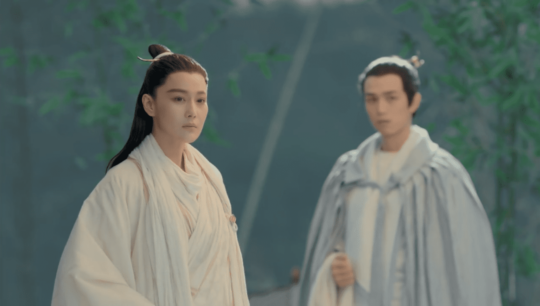 Art is such a big part of “Untouchable Lovers.” Both of the main characters are excellent zither players, as are some others, leading to absolutely fantastic scenes of zither-playing combined with poetry recitals and sword-dancing. Add to that a beautiful, quiet background score made of zither and bamboo flute, and you’ve got yourself an entrancing atmosphere that will land you straight into the mindset of a cultivated noble in Ancient China.

“Untouchable Lovers” clearly paid much attention to the costumes: while there isn’t an infinite number of them, those we do get to see are gorgeous, with ornate embroidery and beautiful complementary colors. It’s a feast for the eyes! It should also be mentioned that they made sure to emphasize the cultural differences between Wei and Song, the two countries where the show takes place, by giving them completely different hairstyles and costumes. 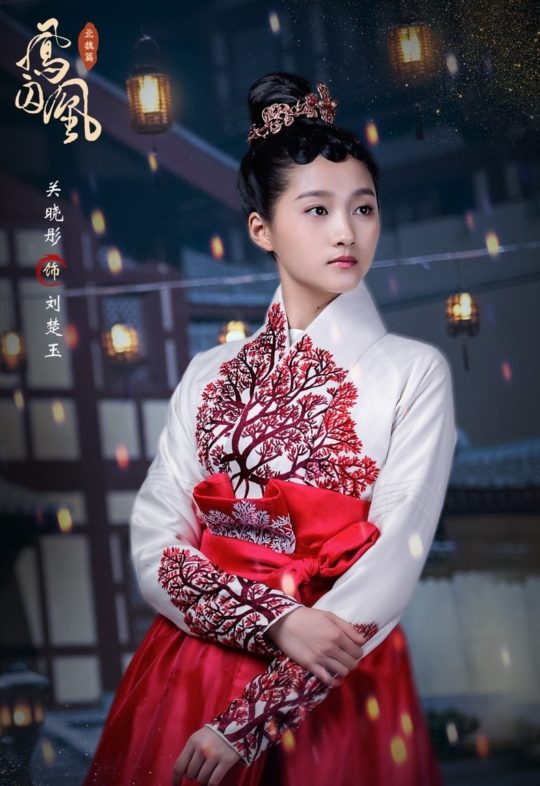 The weirdest hairdos ever

This is what its tagline should be, really. The one with the weirdest hairdos. 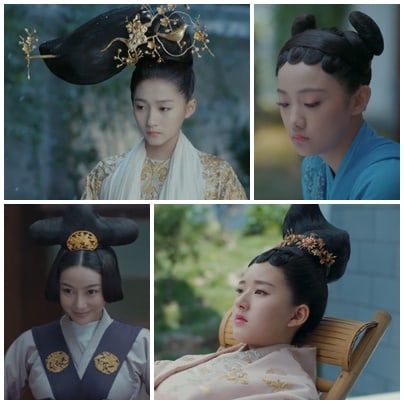 What makes sweet moments even better is when you feel like you’ve fought for them along with the characters. Someone who’s always so reserved finally letting go of their restraint to show their honest feelings can turn an ordinary scene heartbreaking, a feat which “Untouchable Lovers” mastered early on thanks to Rong Zhi’s cold and calculating demeanor. It’s always so difficult to know what he thinks with the way he acts (hello, antihero!), so whatever glimpses of his true self we get feel all the more precious.

Nobody shall be spared

If you’re looking for something clear-cut where the lines between good and evil are clearly defined and you know who to trust, then “Untouchable Lovers” is not for you. No one is safe. No one. Whoever can betray somebody else will, and whoever can die will as well. Ready yourselves. 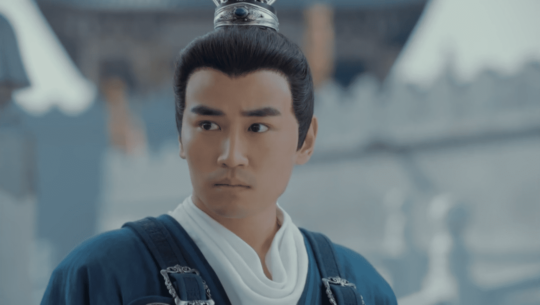 An unexpected surprise in “Untouchable Lovers” was the amount of important topics it broached. Consent (in many ways, and not only on the woman’s part!), mental health, abusive relationships, emotional manipulation, identity issues, PTSD… Rather than deal with them openly, the show prefers to slip little visual clues here and there, so that much is said through gesture and silence rather than words, leading the audience to think for themselves. 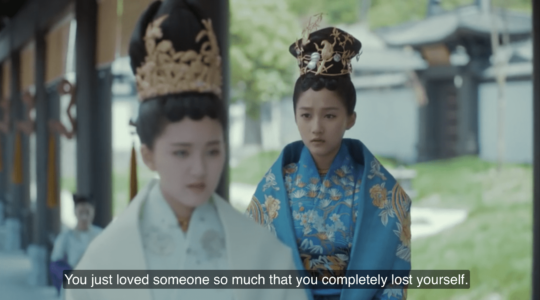 The Enemies to Lovers trope, done to perfection 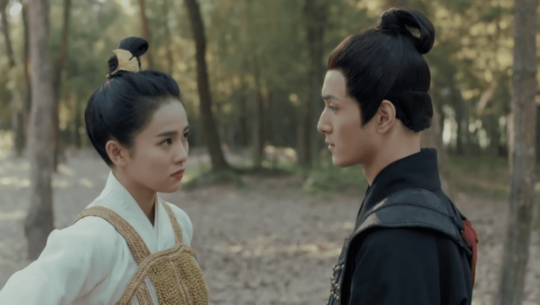 Alright, it’s time to be reasonable and stop there. What about you? Have you seen “Untouchable Lovers”? Can you think of other reasons to watch it? Let us know in the comments!

A long-time nerd and hot-chocolate addict, karoodramas enjoys watching and writing about dramas, fangirling over Tony Stark, and falling down the tumblr rabbit hole. You can follow her ravings on Twitter, Tumblr, and check out her drama reviews on her website.