In the latest preview for the upcoming SBS drama “Haechi,” Jung Il Woo meets Go Ara for the first time.

“Haechi” is the grand sageuk adventure of Prince Yeoning, or Lee Geum (Jung Il Woo), a prince of lowly birth who cannot become king, Yeo Ji (Go Ara), a damo (female investigator) with the Office of the Inspector General, and Park Moon Soo (Kwon Yool), an inspector with the same office. The three take on Min Jin Heon (Lee Kyung Young) in a quest to make Lee Geum king.

In the stills, Jung Il Woo is unable to take his eyes off of Go Ara, who is disguised as a gisaeng (courtesan). 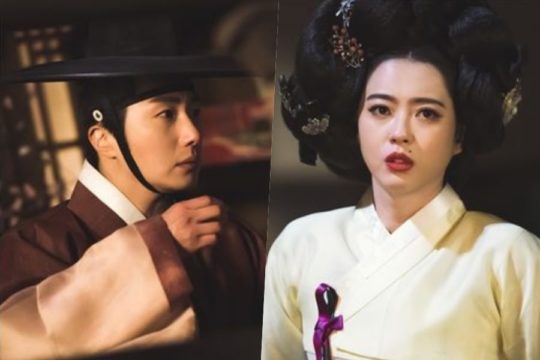 A source from the production staff of “Haechi” said, “This is an extremely important scene in the drama, a fateful turning point in the relationship between Jung Il Woo and Go Ara. The lowly prince meets the female investigator for the first time in a courtesan’s house. Please tune in to the drama to see what happens next.”

“Haechi” airs on February 11 at 10 p.m. KST, and will be available on Viki. The drama will be taking over the time slot occupied by “My Strange Hero.”

Watch the trailer for “Haechi” here: