ZE:A’s Kwanghee will be joining JTBC’s “Cool Kids” as a fixed member!

“Cool Kids” is a variety show where adults these days and kids these days meet. The adults will watch videos that kids personally created, and will choose which kids they want to spend the day with based on those videos.

Kwanghee, who joined various entertainment programs after being discharged from the military, showed his unswerving loyalty to Yoo Jae Suk when he appeared as a guest on the January 27 broadcast of “Cool Kids.” The singer-entertainer caused great laughter when he realized that he had to compete with HAON for Yoo Jae Suk’s affections. 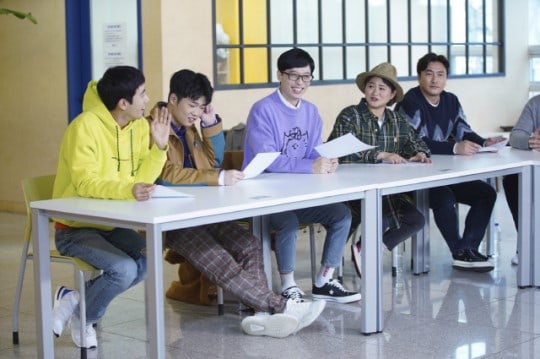 After participating in the February 1 recording of “Cool Kids,” Kwanghee stated, “I’m so glad to greet viewers again through ‘Cool Kids.’ I’m worried and excited, but I want to show myself exactly the way I am. Please give me lots of love.”

Kwanghee is also expected bring a new energy to the program by forming a rivalry with fellow MC HAON and teaming up with his former “Infinite Challenge” co-star Yoo Jae Suk again.

Kwanghee will be appearing on “Cool Kids” starting from the February 17 broadcast of the show.