Update: T-ara’s Hyomin Shares Sneak Peek At All The Songs On Her Solo Album

T-ara’s Hyomin has shared a sneak peek at the tracks from her upcoming album “Allure!”

Check out the highlight medley below:

T-ara’s Hyomin has released a MV teaser for her comeback with “Allure”!

T-ara’s Hyomin has shared a new teaser photo for “Allure”!

Check out the full track list for “Allure” below! 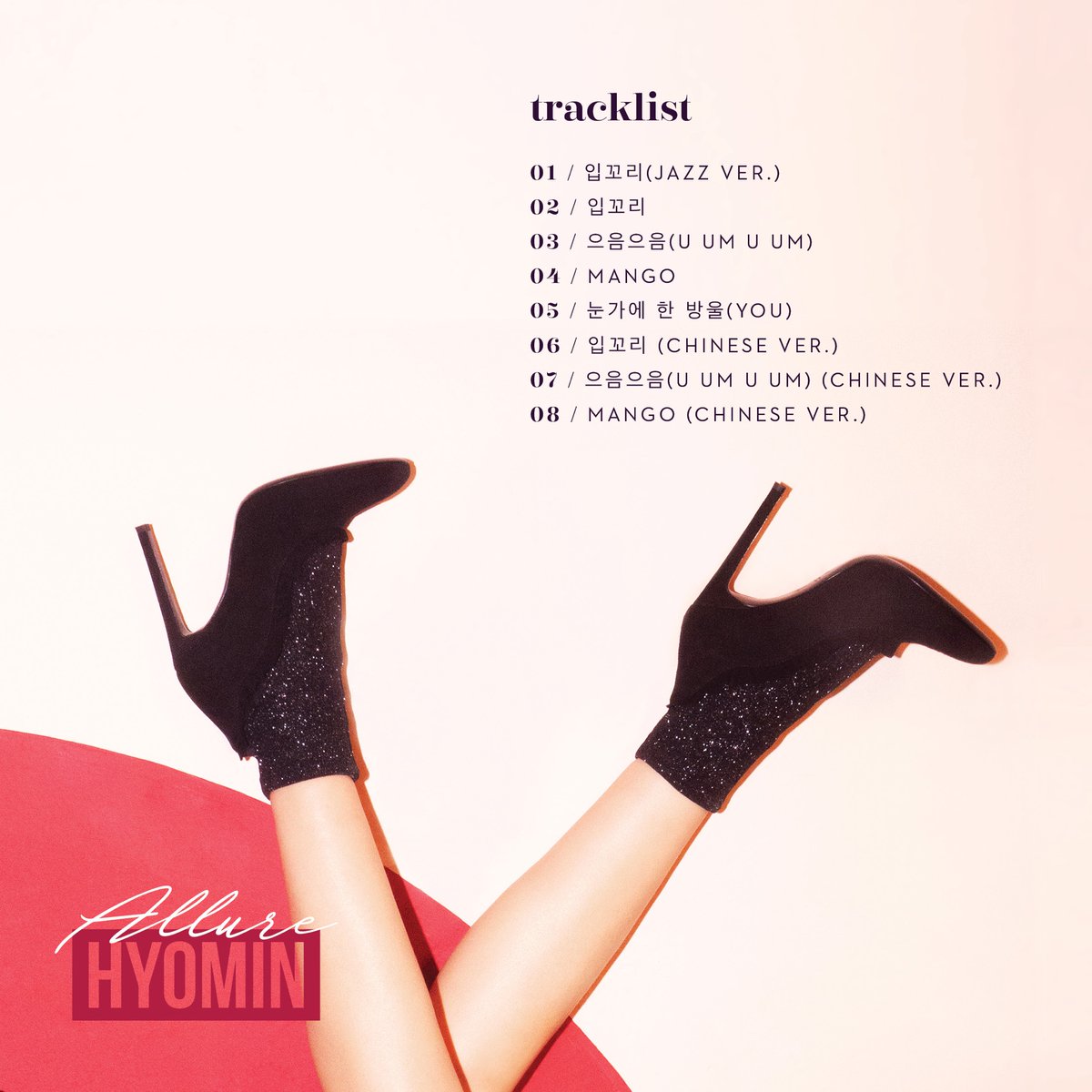 Hyomin is returning with new music!

On February 7, the T-ara member released a teaser for her upcoming mini album “Allure.” Incorporating color themes into her previous releases such as yellow for “Mango” and emerald green for “U Um U Um,” this time Hyomin will be returning with a bold red color for “Allure.”

In particular, this album will have a variety of musical styles such as hip hop, R&B, and ballad. Fans are also anticipating the release as this is the first time Hyomin is working with Brand New Music CEO Rhymer.

A source from her agency stated, “The third mini album ‘Allure’ will be a chance to see Hyomin’s mature charms.”

Hyomin’s album “Allure” will include a title track of the same name as well as seven songs total, which will be released on Feb 20 at 6 p.m. KST.