The images show a side of Go Tae Rim (played by Jin Goo) that has not been shown until now. He looks like a serious and professional lawyer, unlike the eccentric man with over-the-top actions that had been revealed through previous teasers. 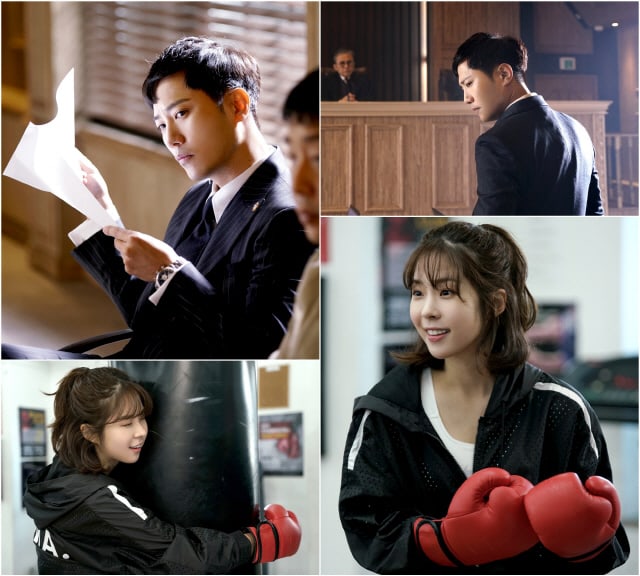 Seo Jae In (played by Seo Eun Soo) also looks different from her usual self, as she is clad in comfortable workout attire and wearing boxing gloves in her hands. Previously, Seo Eun Soo explained, “Jae In has a quality to her that doesn’t exist in the original drama. In order to strengthen herself, she uses various methods like boxing.”

Ahead of the drama’s first broadcast, the producing staff shared, “The story of Go Tae Rim, a monstrously skilled lawyer with a winning rate of 100 percent, and Seo Jae In, a rookie lawyer with an extremely high sense of justice, will be unveiled on February 8 at 11 p.m. KST. Just as it was shown through the new stills, more unexpected sides to the characters will be revealed throughout the drama, so please look forward to it.”

“Legal High” is a Korean remake of the Japanese original drama of the same title. The drama will be available on Viki with English subtitles.

In the meantime, watch the trailer below!