TREI has dropped another music video teaser for “Gravity”!

TREI has dropped a moving teaser for member Chae Chang Hyun as well as their first music video teaser for “Gravity”!

With only four days left until their official debut, TREI has revealed the name of their first title track! The group will be making their debut on February 19 with a track titled “Gravity.” 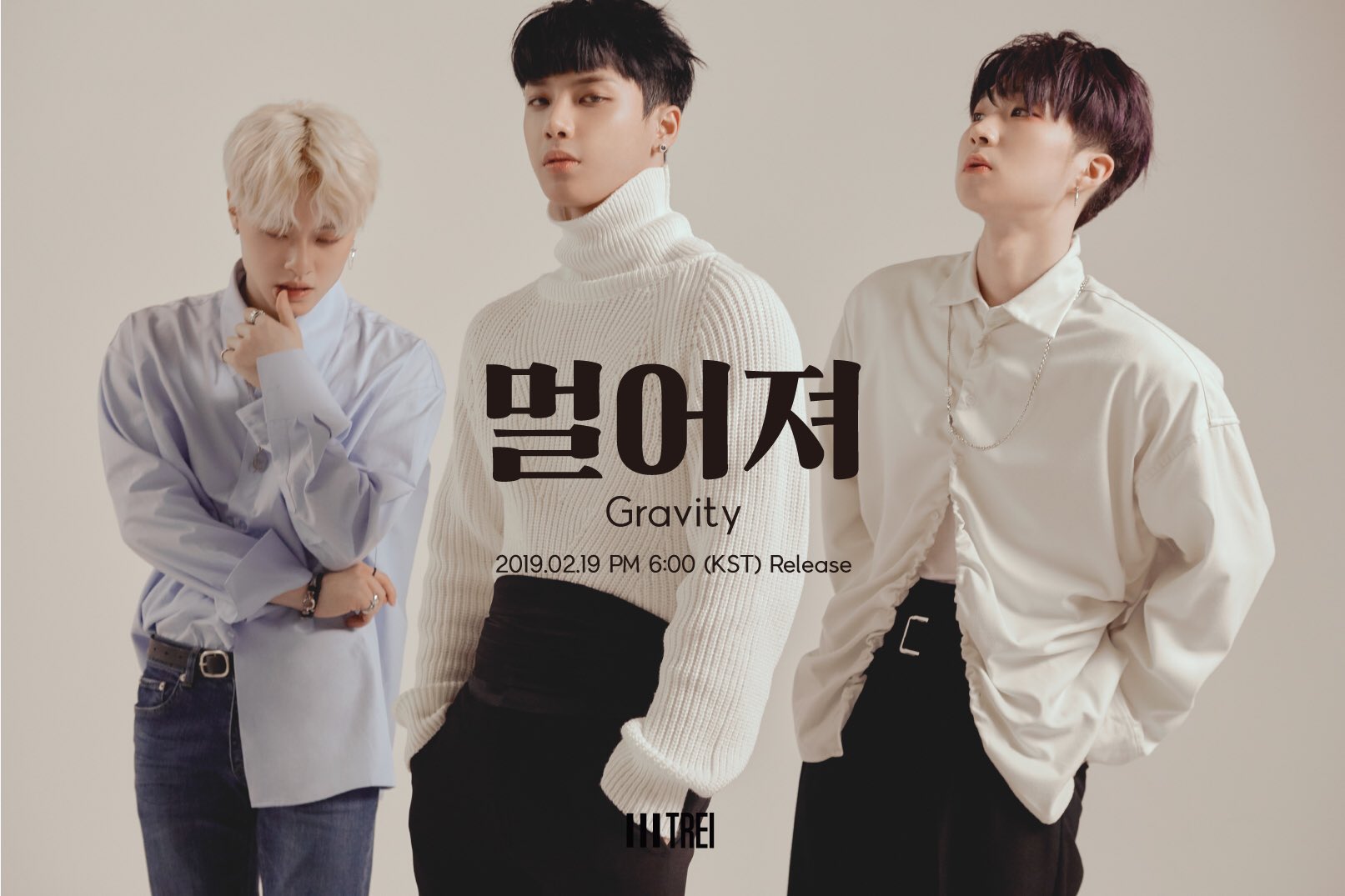 One week ahead of their official debut, TREI has dropped another group teaser! 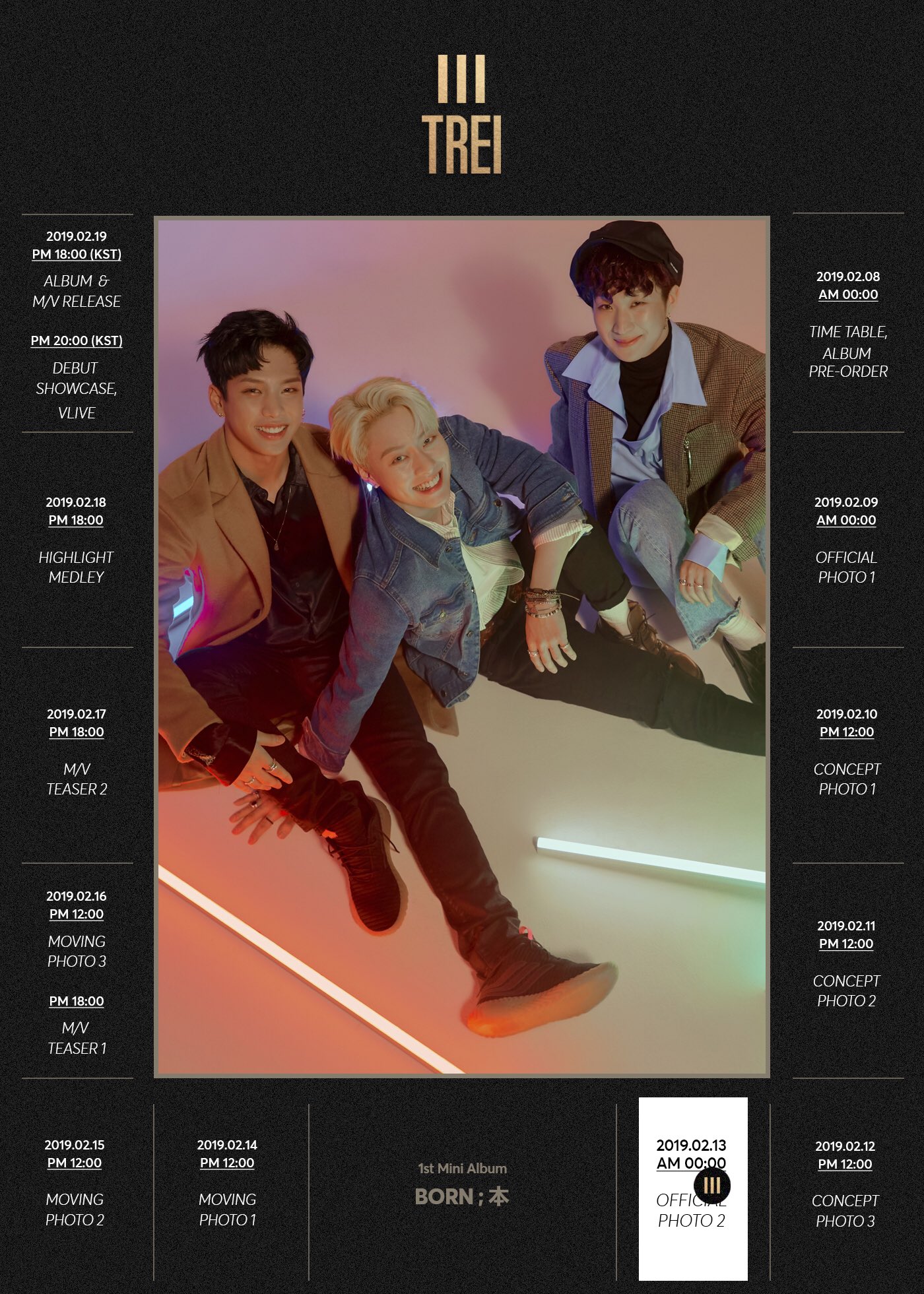 The boy group TREI has shared a teaser photo for their debut and some new details!

TREI is a three-member group under Banana Culture Entertainment, which is also home to EXID. Members Lee Jae Jun and Chae Chang Hyun previously released the unit album “Up” as a duo in August 2017 before appearing on “MIXNINE.” In May of last year, they shared the pre-release song “NIKE” following the addition of their third member Kim Jun Tae.

On February 9 at midnight KST, TREI kicked off the teaser photos for their official debut! They will be debuting on February 19 at 6 p.m. KST with their first mini album “BORN.” 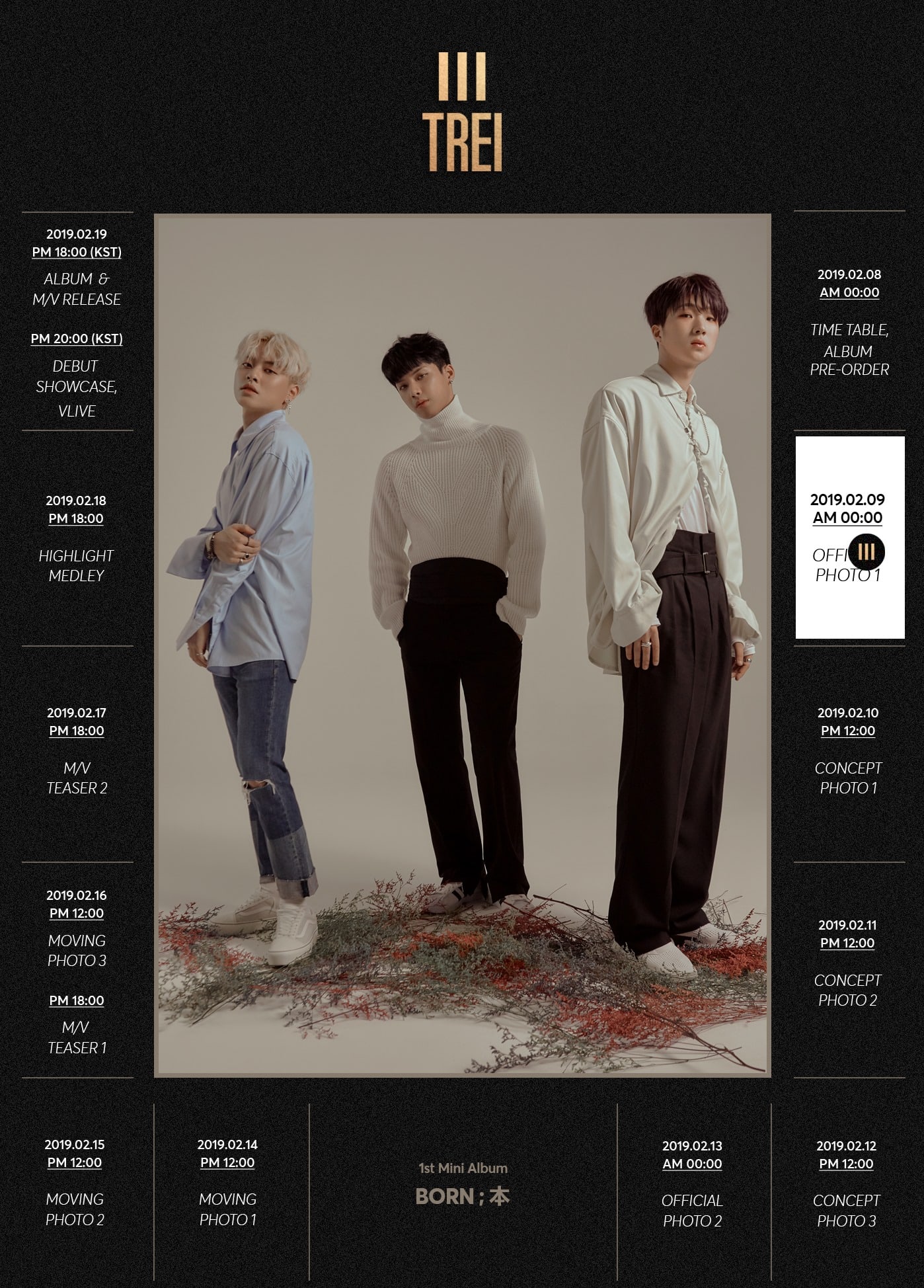 TREI
How does this article make you feel?