“Under 19” Reveals Final 9 Members Who Will Make Their Debut

On February 9, MBC’s audition survival program “Under 19” came to an end.

During the episode, the MCs announced that the name of the final debut group, which will have 9 members, will be 1THE9.

Lee Seunghwan was the first member to be chosen and he said, “I don’t think that this is the end, but rather a new beginning, so I will keep working hard. I will work hard to repay the love that people have given me.”

At the end, there was a showdown for the No. 1 spot between Jung Jinsung and Jeon Doyum. Jeon Doyum said, “I’m really nervous. I’m really grateful” and Jung Jinsung said, “Thank you to the supporters who made it possible for us to debut.”

In the end, Jeon Doyum was chosen as the No. 1 position and therefore the center of 1THE9. He said, “I’m really grateful that people have given me their love, even though I’m lacking in many ways. I’m grateful to the staff for always making amazing broadcasts. I want to say that all the contestants worked really hard.”

The final member to be chosen for the top 9 was Kim Junseo, who shed tears and said, “I’m thankful for all the supporters who are here, to all the other contestants, and to my parents and teachers.” 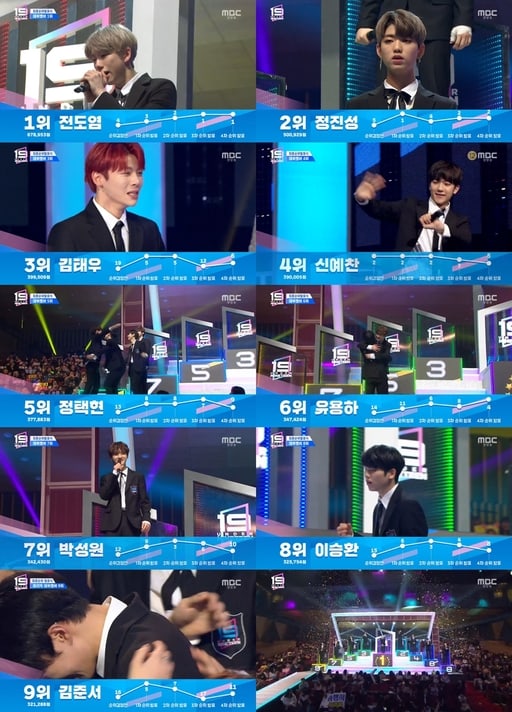