On February 9, the upcoming SBS drama “Haechi” released stills of its lead actors working hard on set despite the bitter cold.

“Haechi” tells the story of a lowly prince (Jung Il Woo) who teams up with a female investigator at the Office of the Inspector General (Go Ara) and another inspector at the same office (Kwon Yool) in order to fight against the evil Min Jin Heon (Lee Kyung Young) and make the prince the king. 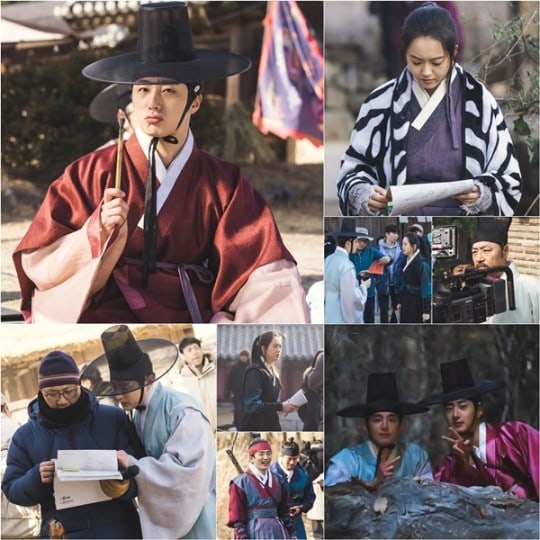 The stills show Jung Il Woo, Go Ara, Kwon Yool, Lee Kyung Young, and Jung Moon Sung passionately pouring their all into the production, studying the script whenever they have spare time and monitoring their performances. Go Ara’s script in particular was covered with her own notes, while Jung Il Woo and Kwon Yool showed off their warm bromance despite filming at night outdoors.

“Haechi” premieres on February 11 and will be available on Viki. Check out the trailer below!