The cast of “Radiant” is raising anticipation for the drama with their input on its key points.

“Radiant” is an upcoming fantasy drama about the love story between a woman who has the ability to travel through time but finds herself entangled in a twisted timeline (played jointly by actresses Han Ji Min and Kim Hye Ja) and a man who carelessly throws away the brightest days of his youth by leading a torpid life (played by Nam Joo Hyuk).

Veteran actress Kim Hye Ja described her new character of the same name as “a turbulent role.” She said, “I feel like I’ve been living my life again through ‘Hye Ja’. I hope a lot of people will remember ‘Radiant’. You will be able to feel like you’re seeing your own life while laughing out loud. I hope it will be a time when you can reflect on your life.”

Han Ji Min, who also plays Kim Hye Ja, couldn’t hide her excitement about the upcoming drama. She shared, “At 9:30 p.m. tomorrow night, the dazzling drama ‘Radiant’ that will warm your hearts will finally begin. I’m nervous because I can tell you the story of Hye Ja who is trapped in tangled time. I ask you to give a lot of attention to her special story.”

Han Ji Min said the key points of this drama are change, time, and empathy. She explained, “You will be able to see me as a different character than what I have shown you so far. This drama is about the preciousness of time that we take for granted. I want you to look forward to the moment of empathy that the special ability to turn time will give you.”

Nam Joo Hyuk plays Lee Joon Ha, an aspiring reporter. Though he is perfect in every way from his looks to his resume, he suddenly throws away the bright times given to him and lives a lethargic life. The actor said, “Lee Joon Ha is a likely figure in our own lives. I made an effort for him to gain sympathy from the viewers. I hope many of you will be comforted and healed through ‘Radiant’.”

Son Ho Jun takes on the role of Kim Hye Ja’s older brother Kim Young Soo, who isn’t bogged down by time and is full of mischief. He is expected to create sibling chemistry with both Kim Hye Ja and Han Ji Min.

Son Ho Jun commented, “I am happy and excited to be part of ‘Radiant’. It is a drama full of touching moments and laughter. I will be playing Kim Young Soo, a jobless oddball. I will be in charge of laughter, so I hope you laugh a lot and enjoy it.” Then he shared a key point of the drama, saying, “Amidst warm and ordinary daily life, an unpredictable story will unfold. I want you to keep an eye on some of the most extraordinary things that will add to the fun of the drama.” 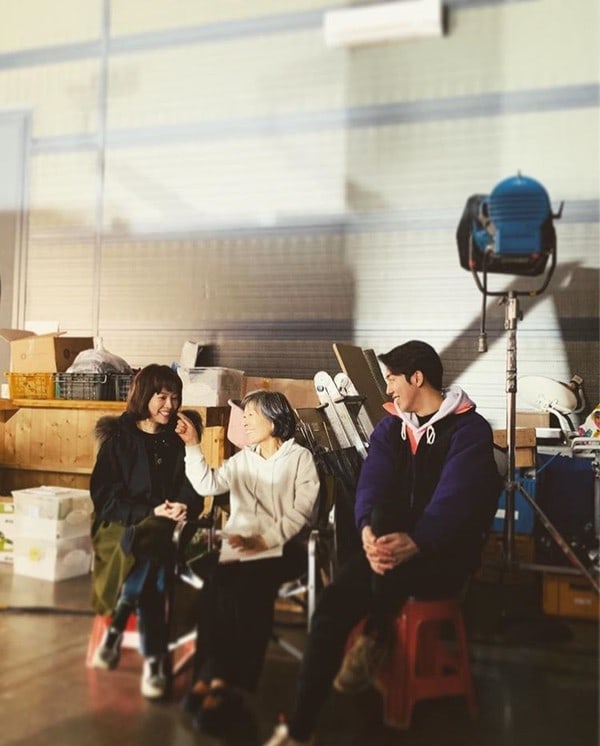 In the drama, the three of them play siblings with surprising chemistry. The new photos display Son Ho Jun with both the younger and older versions of the character Kim Hye Ja.

First of all, Han Ji Min can be seen holding a ballpoint pen to correct her pronunciation in order to fulfill her dream of becoming a brilliant reporter. While she is pursuing her dreams with zeal, her brother is busy taping his door to avoid their mother’s nagging and back slaps while he secretly enjoys eating pork belly by himself.

In another photo, Son Ho Jun is forcing Kim Hye Ja to do a physical test in order to find out her physical age. She looks exhausted in her gray sweats while he is full of energy and youth. 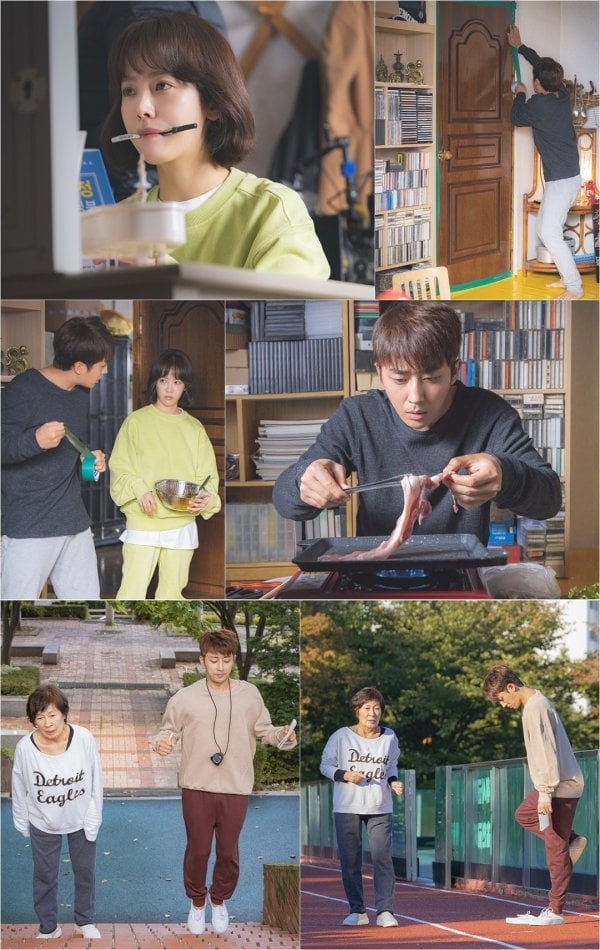 The production crew said, “The passionate acting of the actors who put on realistic performances gives pleasant laughter. From the ordinary life of a brother and sister to a special routine with the aged Hye Ja, they will express warm and precious moments and deliver laughter and touching moments [to the viewers].”

“Radiant” premieres on February 11 at 9:30 p.m. KST and will be available with English subtitles on Viki.

In the meantime, check out the latest trailer for the drama below!