“Haechi” released preview images ahead of its premiere on February 11!

“Haechi” is a fusion sageuk drama inspired by the myth of Haechi, a guardian of justice. It tells the story of a prince with a commoner mother who teams up with a ragtag band of people to stake his claim to the throne.

Jung Il Woo and Kim Kap Soo don’t approach each other. Jung Il Woo seems tense and uneasy while Kim Kap Soo wears a cold expression on his face without a hint of affection. It seems like the distance between them will not be narrowing anytime soon. 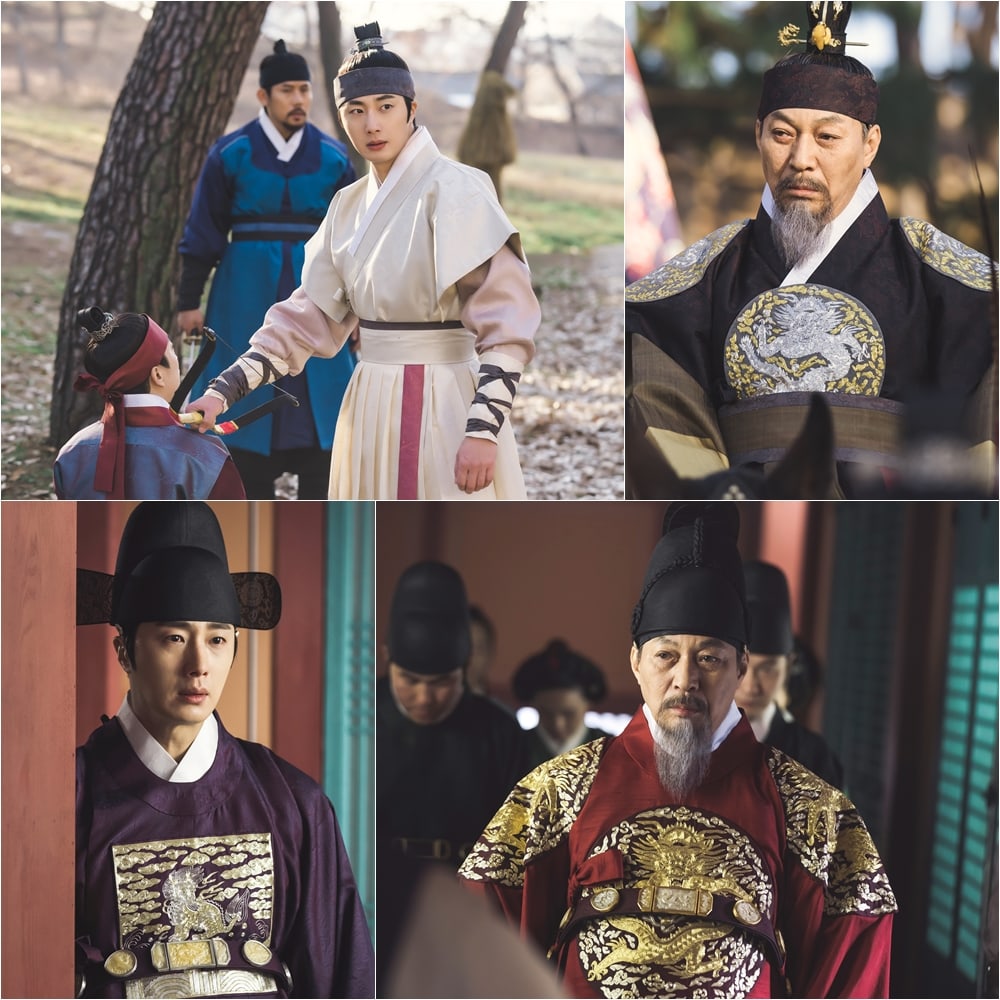 The released stills show both her fierce and ladylike charms. She expresses determination and sharpness as an inspector while she looks soft and beautiful as a lady from the Joseon era. 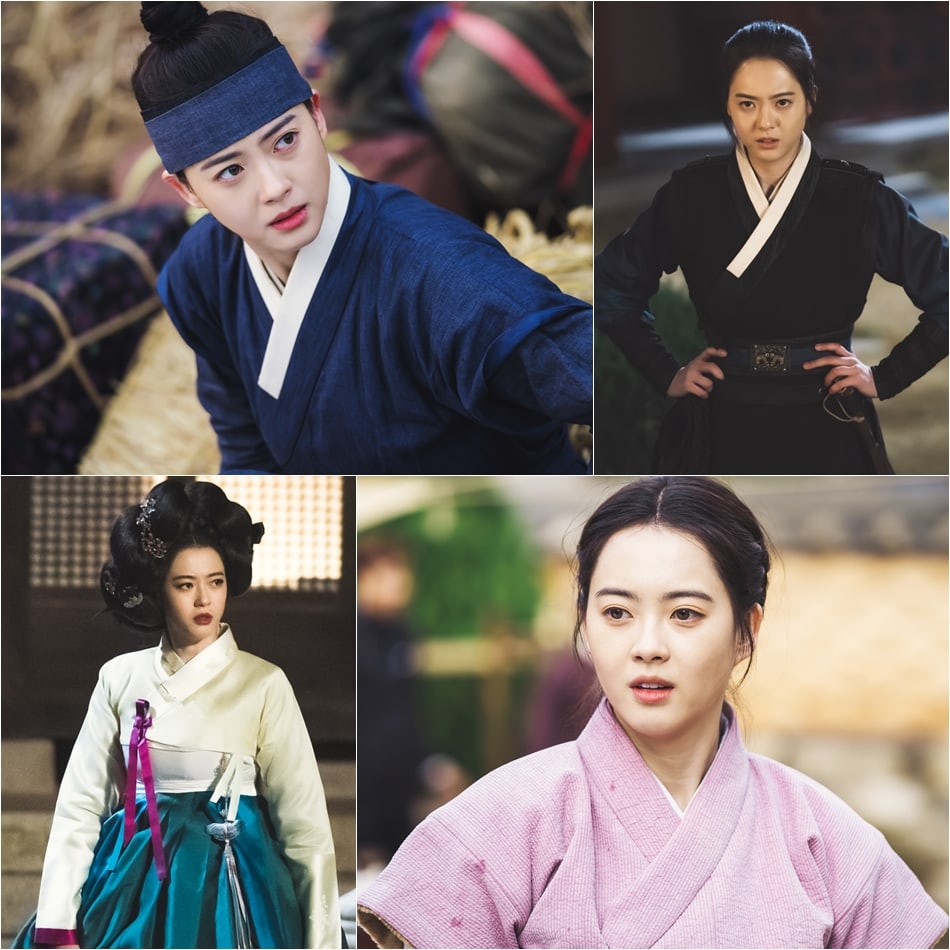 In other images, Jung Il Woo and Go Ara play a tense game of hide-and-seek. While passionate Go Ara is going on a secret lookout, Jung Il Woo is watching her closely.

Jung Il Woo, who is in public, keeps a close eye on Go Ara. She is too engrossed in the investigation to realize that he is watching her. Go Ara hides behind the tent with a guarded expression and shows her charisma and concentration as an investigator. Jung Il Woo is skeptical about her identity and gazes at her with suspicious eyes.

In particular, Jung Il Woo is in a hurry to find someone, which raises questions about what happened to the two of them. The viewers are curious about the story of Jung Il Woo and Go Ara, which begins as a misunderstanding, and what kind of future is in store for them.

The two lead actors created the dynamic, tense scene by practicing their lines together in advance before the filming started. As filming for the drama progresses, their teamwork continues to improve, raising anticipation for their on-screen chemistry.

The production crew described, “This is an important scene that brings the relationship between Jung Il Woo and Go Ara closer. They will fatefully come together and start a big event that will shake up Joseon, so we ask you to confirm the change in their relationship through the broadcast.” 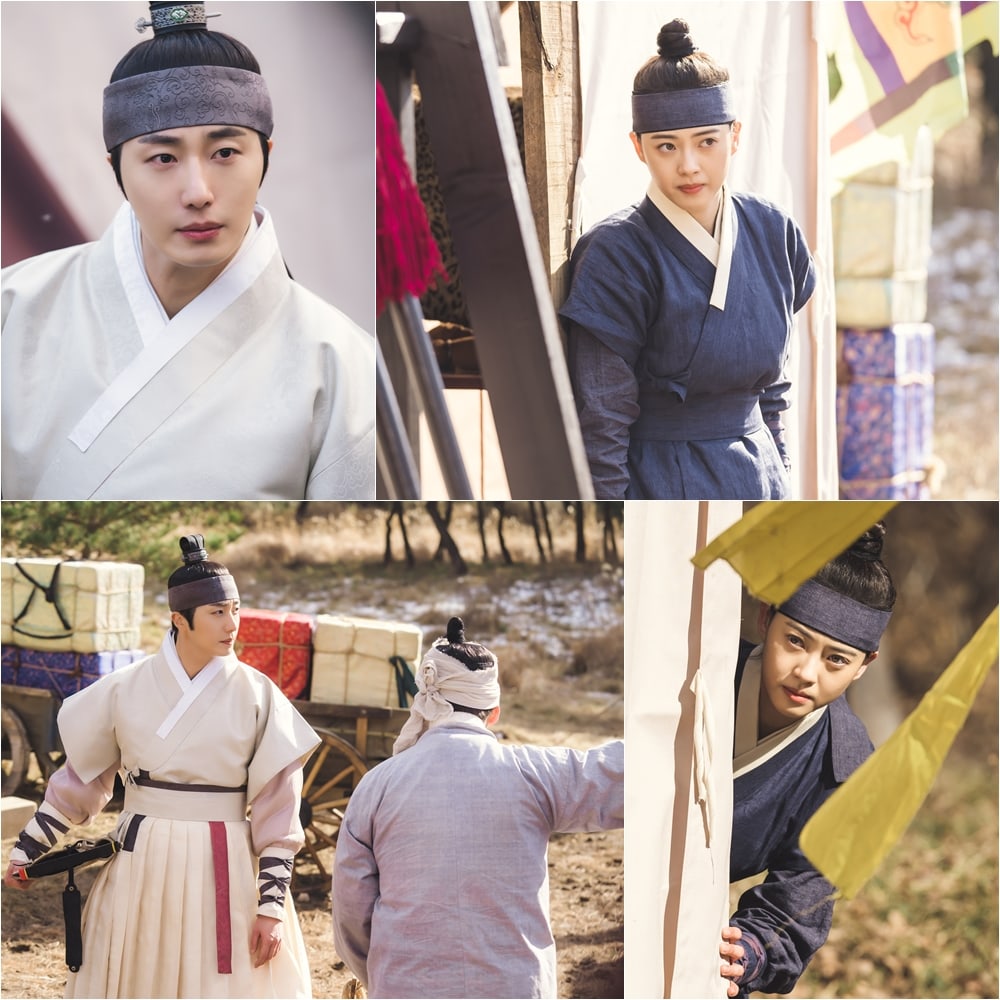 “Haechi” premieres on February 11 and will be available on Viki. Check out the trailer below!