Yoo Jae Suk shared the story behind the invention of a classic device commonly used on Korean variety shows!

The February 10 episode of SBS’s “Cool Kids” discussed variety shows and whether there was a need for change in the industry.

During the broadcast, Yoo Jae Suk brought up the “flying chair” that is often used as a punishment on variety shows, explaining that he had originally come up with the idea for one of his variety programs in the past.

“I said that it would be cool if we could make people fly,” he said, “and the producing director listened to me and created [the flying chair].”

Comediennes Kim Shin Young and Ahn Young Mi jokingly replied, “The flying chair was created because of Yoo Jae Suk! It was so annoying.” 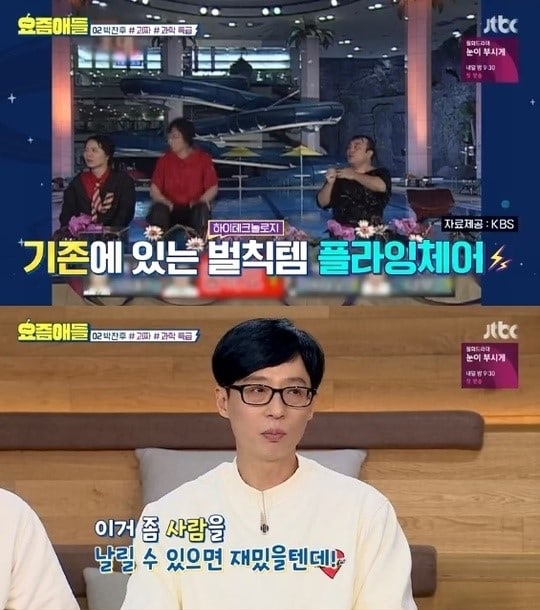 Yoo Jae Suk
Cool Kids
How does this article make you feel?