Previously on episode two, Kwon Jung Rok (played by Lee Dong Wook) finally resolved his misunderstandings about Oh Jin Shim and told her, “I’d like to give you a chance to officially start working as my secretary. Let’s start over again,” to which Jin Shim happily exclaimed, “I’m going to work really hard!” Jin Shim then tripped in Jung Rok’s direction, and they ended up in a cute accidental hug.

The heart-fluttering moment continues in the new stills where Jin Shim grabs Jung Rok’s arm to stop him in his tracks. She has a content expression on her face, and he returns her stare with a warm gaze of his own. 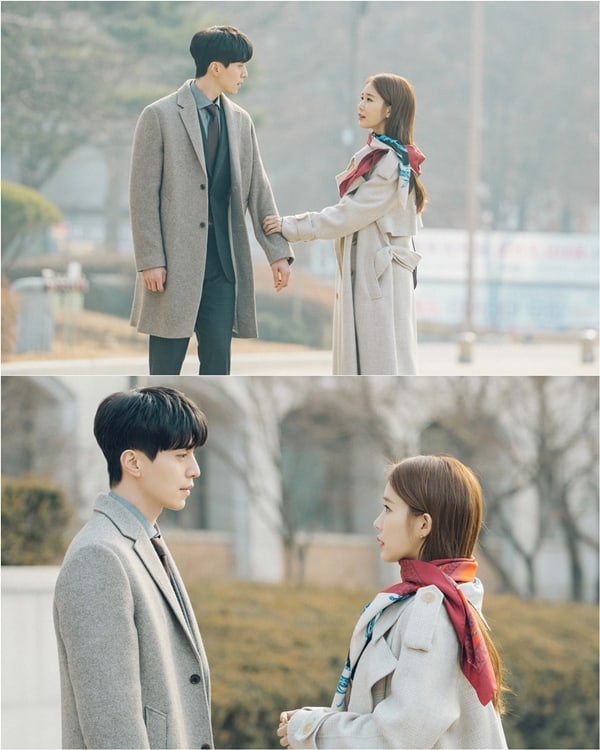 On episode three, Jung Rok will officially begin entrusting Jin Shim with secretary work. As Jin Shim grows as a secretary, the two of them will cooperate with each other even more. The producers further revealed, “On episode three, Jin Shim will run from place to place in order to help Jung Rok with his cases. In this process, Jung Rok and Jin Shim will find something new in each other and begin to develop romantic feelings. Their almost romantic relationship will make viewers’ hearts pound.”

In another scene, Jin Shim gets in a fight with a fellow actor from the same agency as her. Jin Shim’s manager (Oh Eui Sik) puts a traffic cone on her head to prevent people from recognizing her face, but Jin Shim continues to lash out nonetheless. 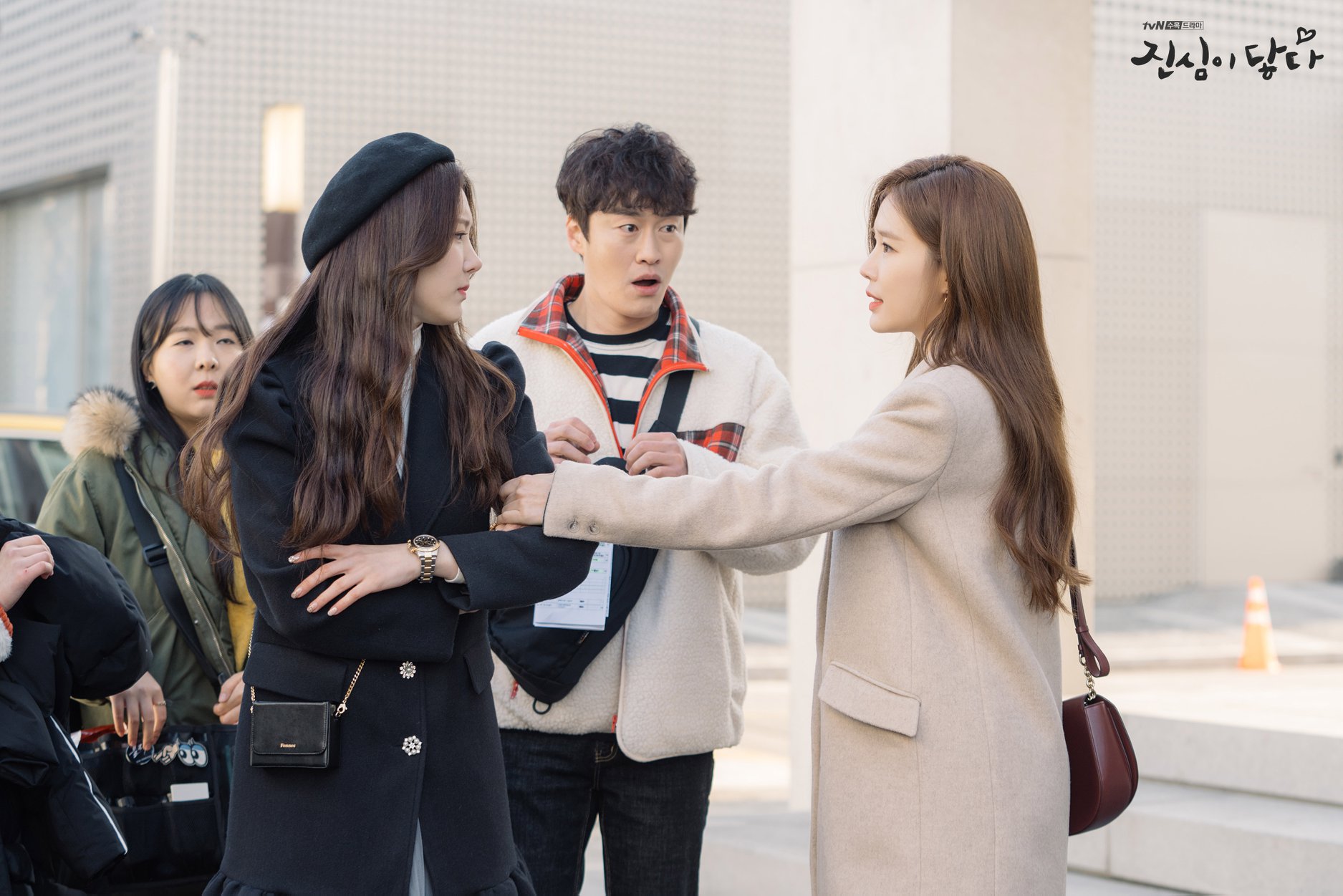 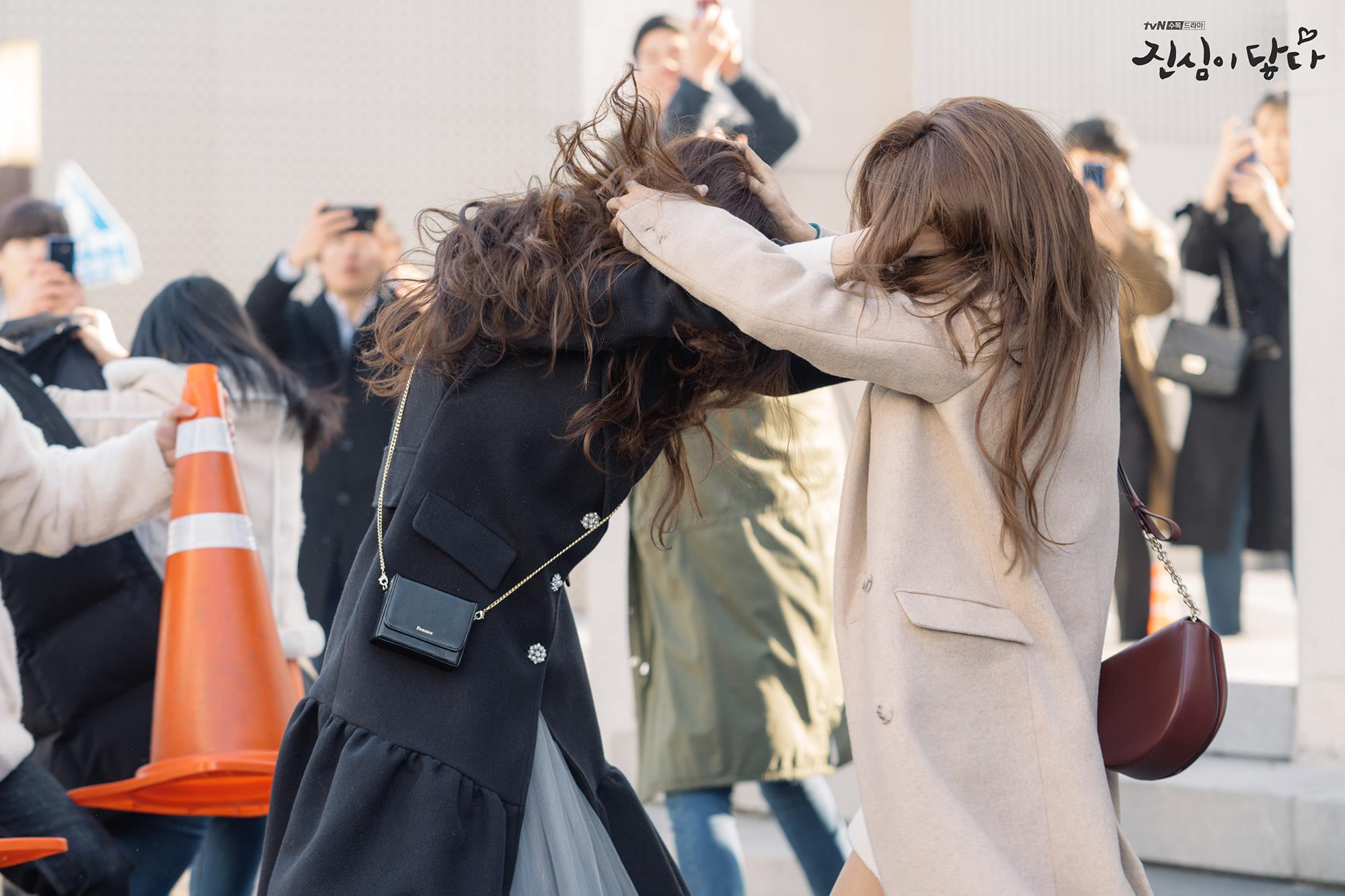 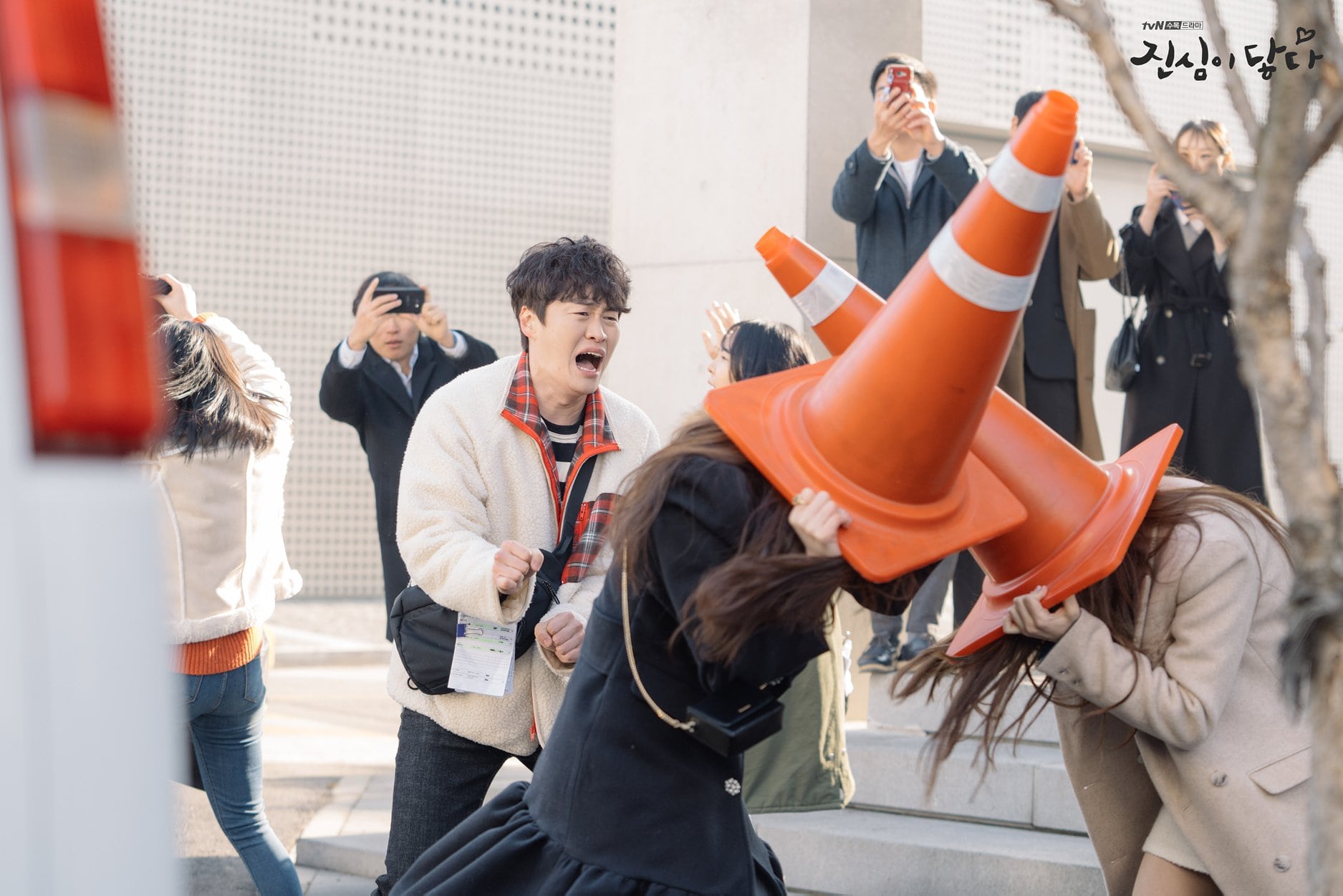 When filming the scene, Yoo In Na surprised the production staff by putting her all into fighting even though she was wearing stilettos. Once they were done filming, she melted the staff’s hearts with a bright smile even though her hair was still in tangles and the traffic cone still on her head.

Both of these scenes will air on February 13 at 9:30 p.m. KST. In the meantime, watch the latest episode of “Touch Your Heart” below!