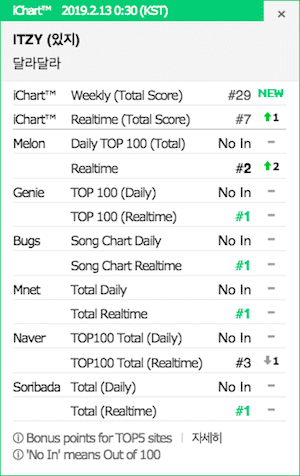 The group released the music video for “DALLA DALLA” on February 11, and it broke the record for most views in 24 hours on a K-pop group’s debut MV.