2PM’s Chansung will be making a cameo appearance in tvN’s “Touch Your Heart”!

The idol-turned-actor will be making a special appearance in the third episode of “Touch Your Heart” that will air on February 13 KST. He readily accepted the role of the cameo because he previously worked with director Park Joon Hwa in “What’s Wrong with Secretary Kim.” He will play the role of a delivery man who catches the eye of timid lawyer Dan Moon Hee (Park Kyung Hye). 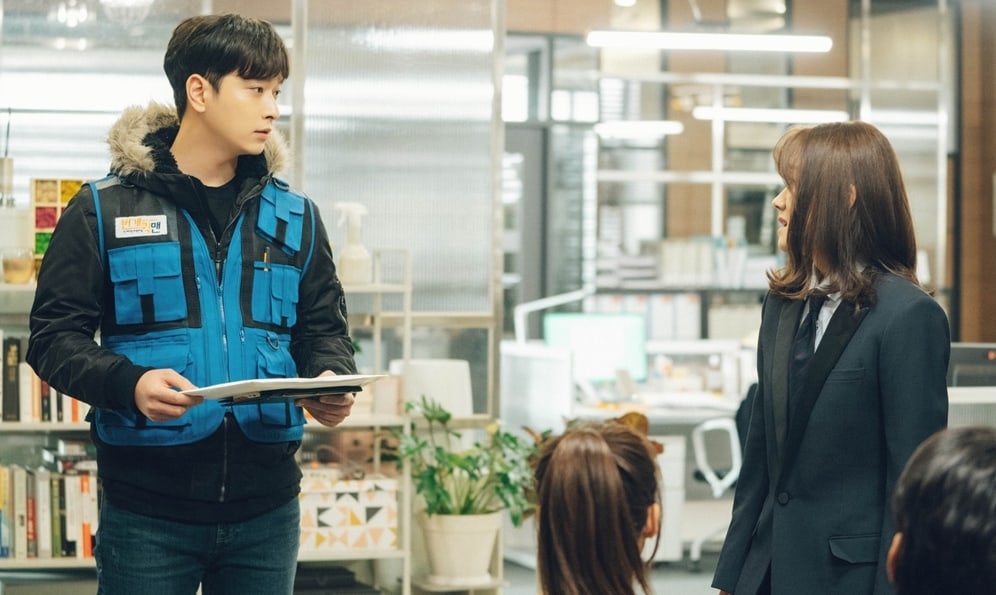 During the filming in January, Chansung showed off his friendliness by warmly greeting Park Joon Hwa as well as Park Kyung Hye, Oh Jung Se, Jang So Yeon, Park Ji Hwan and Kim Hee Jung. It was also said that he was passionate about discussing the tone of his lines and coming up with different versions of his smile for his character.

Chansung stated, “I decided to make a cameo appearance because of my relationship with Park Joon Hwa, the director of ‘What’s Wrong with Secretary Kim.’ When I read the cameo script, I felt that the situation was pleasant and that the personalities of the characters were very different. The atmosphere on set was so pleasant that we were able to shoot without any awkwardness. I hope the viewers enjoy it.”

The production crew praised, “Thanks to Chansung’s passionate acting, an impactful scene has been created. We would like to express our gratitude. During episode three that airs tonight, a ‘firework’-like event will happen due to his cameo appearance. Please look forward to what will happen between Chansung and Park Kyung Hye.”

Start watching the drama below if you haven’t already!

2PM
Chansung
Park Kyung Hye
Touch Your Heart
How does this article make you feel?