MBC’s “Target: Billboard – Kill Bill” has issued an apology for failing to edit inappropriate words that appeared on screen during San E’s performance.

“Target: Billboard – Kill Bill” is a music show where hip hop artists compete with performances, and the winner gets to collaborate with a global artist to take on the Billboard charts.

On the January 31 broadcast of the show, San E performed his self-produced track “Wannabe Rapper.” During his performance, the screen in the background displayed the words “I heart hidden cameras,” which caught the eyes of viewers and drew criticism to the rapper and the show.

Digital sex crime has recently become a serious issue in Korea after it was revealed that tiny cameras were installed in public facilities, secretly recording women. Following his performance, San E was hit with heavy criticism for the phrase, and MBC for broadcasting the performance without editing out the words on the screen.

After the performance ignited a controversy, the staff of “Kill Bill” released an apology on the message board of the show’s website. The statement is as follows:

During San E’s performance on the first episode of “Kill Bill,” which aired on Thursday, January 31 at 11:10 p.m., the expression “I heart hidden cameras” was shown for about one second in the background of the stage.

Although the staff pre-screened the footage, we did not notice this. We apologize to viewers for not censoring the inappropriate expression and allowing it to be aired.

We will be more careful so that these kinds of incidents do not happen again in the future. 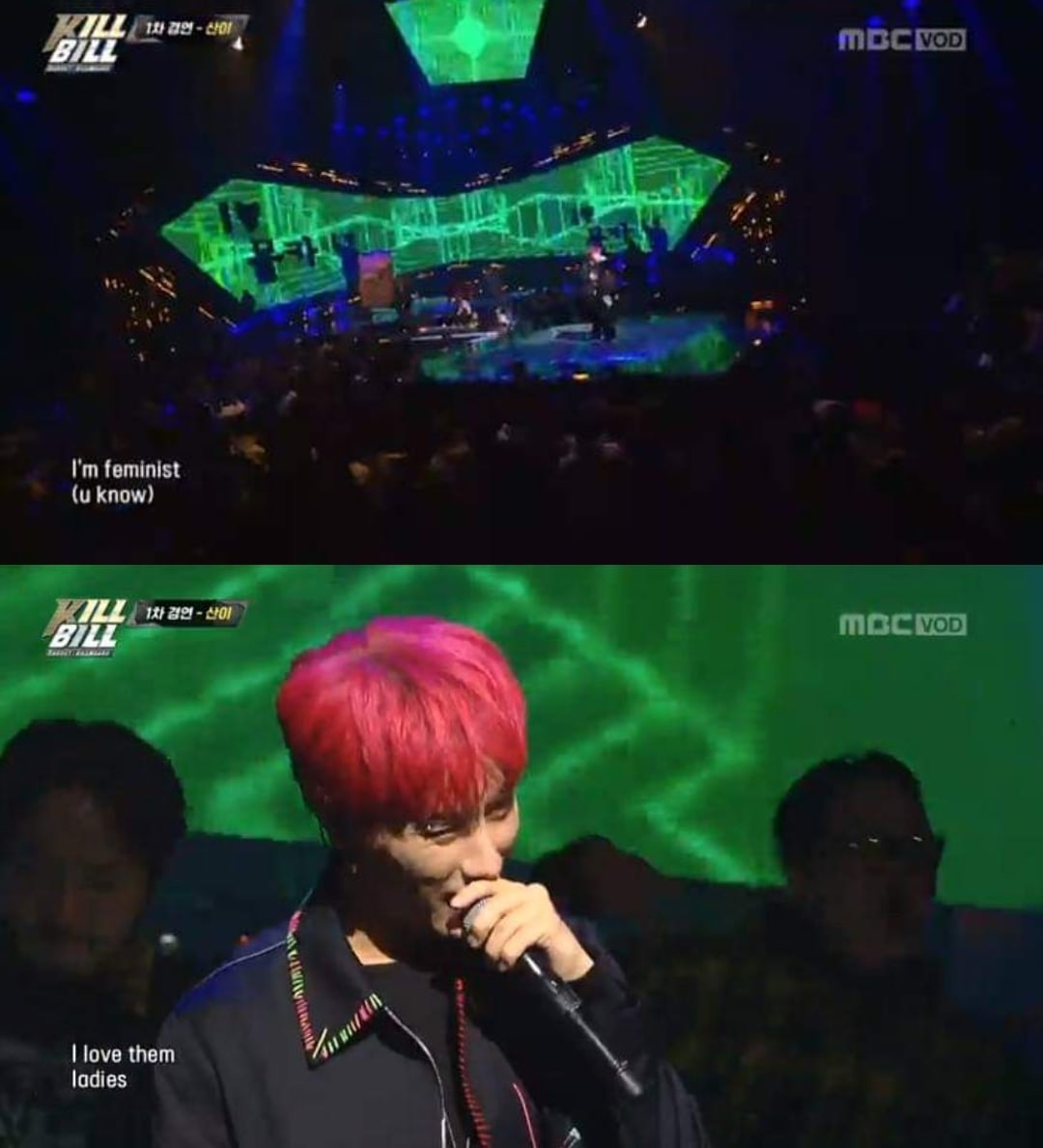 kill bill
San E
How does this article make you feel?