Watch: Hwasa Gets Lots Of Support From Her Fellow MAMAMOO Members On Set Of Solo Debut “TWIT” MV

MAMAMOO’s Hwasa received plenty of love and support from her fellow members on the set of her solo debut MV!

Hwasa made her solo debut on February 13 with the track “TWIT,” which has been a huge hit on the charts. On February 15, MAMAMOO shared a fun behind-the-scenes video from her MV filming!

In the video, Hwasa was asked if she’d participated in the production of the music video, and she said that they always discuss things together. “They tell me, ‘Do everything you want,'” she joked. When asked if her opinions had been included in the outfit design, Hwasa laughed and explained that she’d just talked about what she wanted and her stylist was the one who had to do all the work.

Hwasa was surprised by a coffee truck sent to the set by Solar, and she thanked her through a video message. 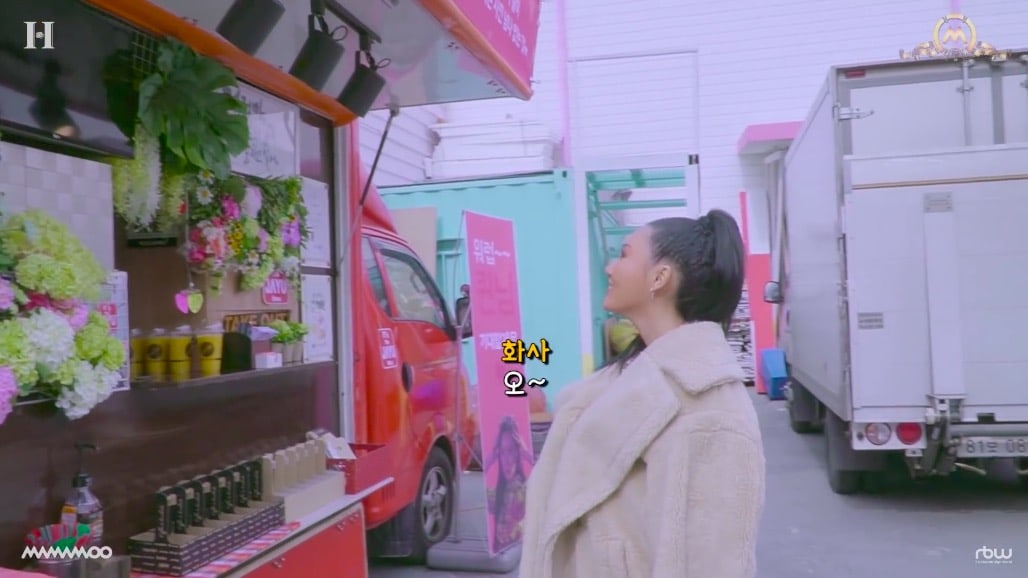 She then had fun playing on set while waiting as she pretended to be trying to get a lion statue to hold out its paw to her. She also got to enjoy pizza sent to the set by Moonbyul! 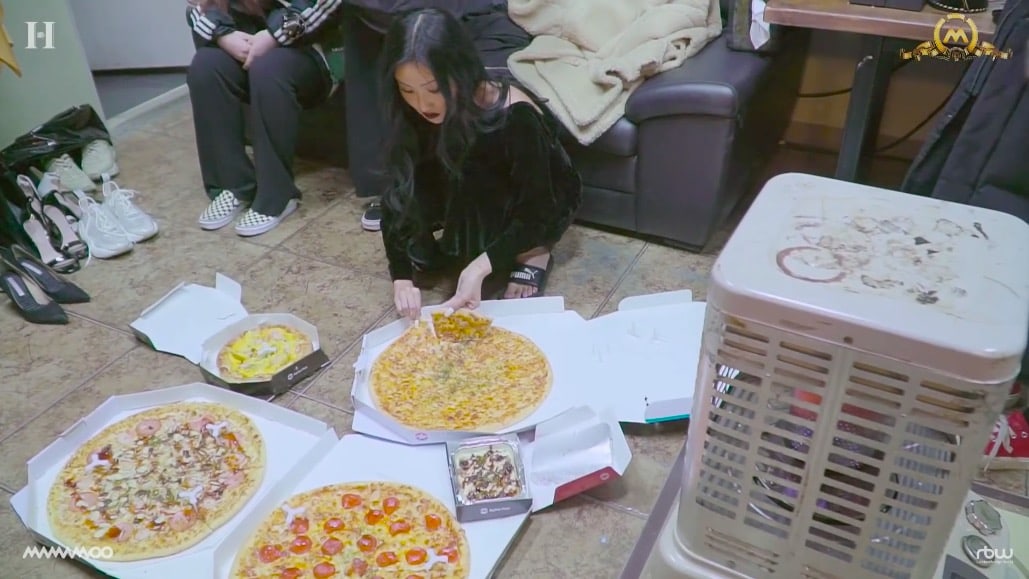 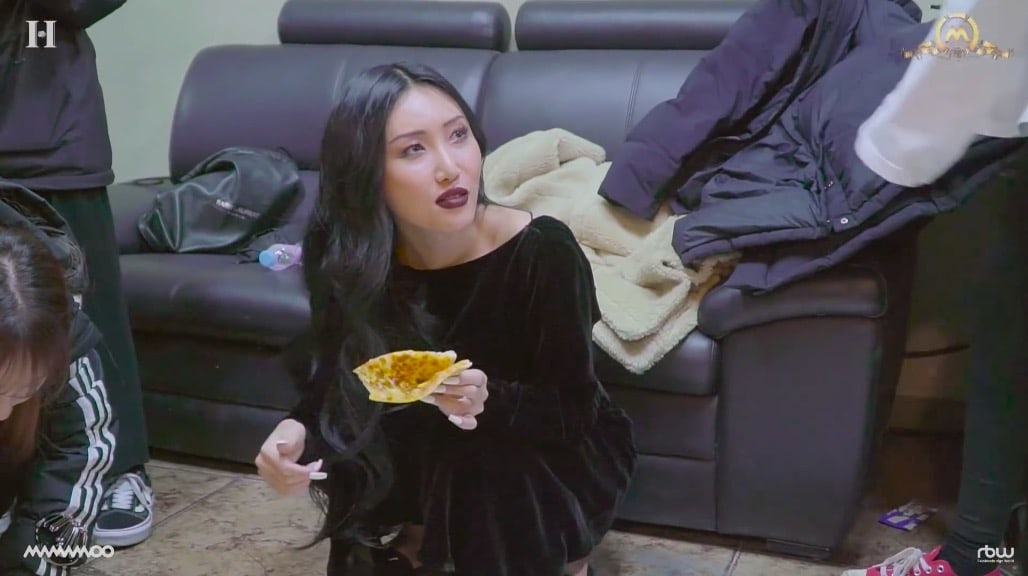 While Hwasa was filming, Wheein appeared on set and had fun dancing to the “TWIT” choreography for the camera. “She’s working hard on the cold floor!” she commented as she watched Hwasa.

Hwasa then explained the scene they’d be filming together to her, and they took some funny photos. Once Wheein got into her makeup and costume for the filming, she was asked what she thinks of “TWIT.” After joking around a bit she said, “It’s great and really catchy. Whenever I’m on my own, it’s in my head.”

When Hwasa arrived after getting ready, they had fun as Hwasa taught Wheein part of the choreography. 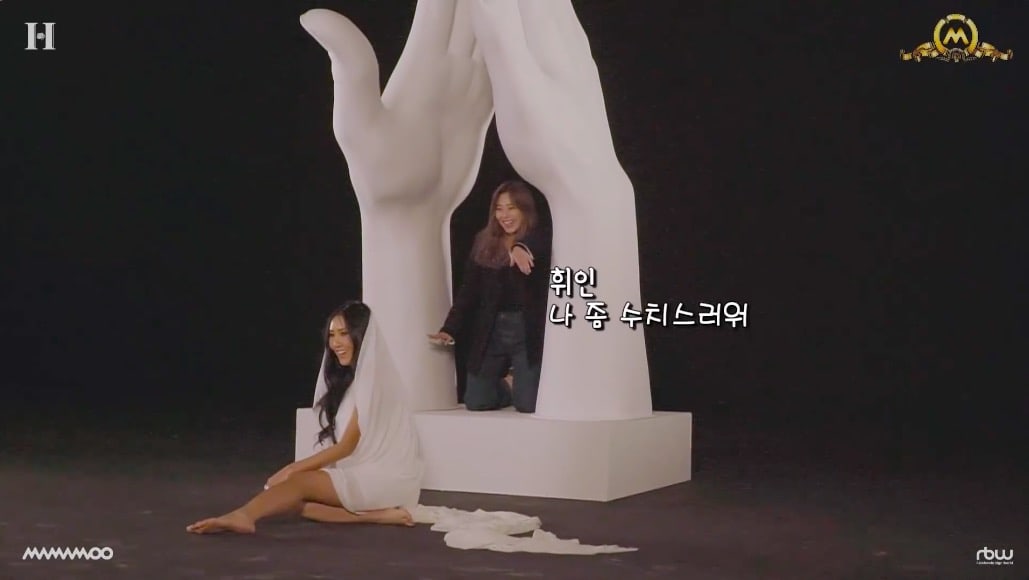 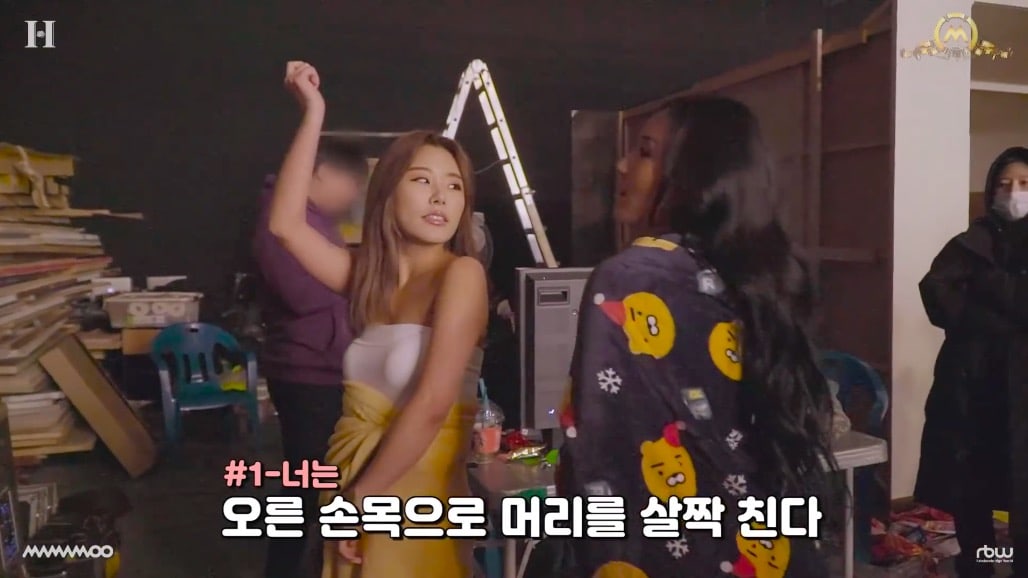 The two besties had to film a serious shot for the music video, but once they got on set, they kept cracking up. “I can’t get into character!” laughed Wheein, and when she caught sight of the behind-the-scenes camera she said, “I bet we look really hilarious in that!” 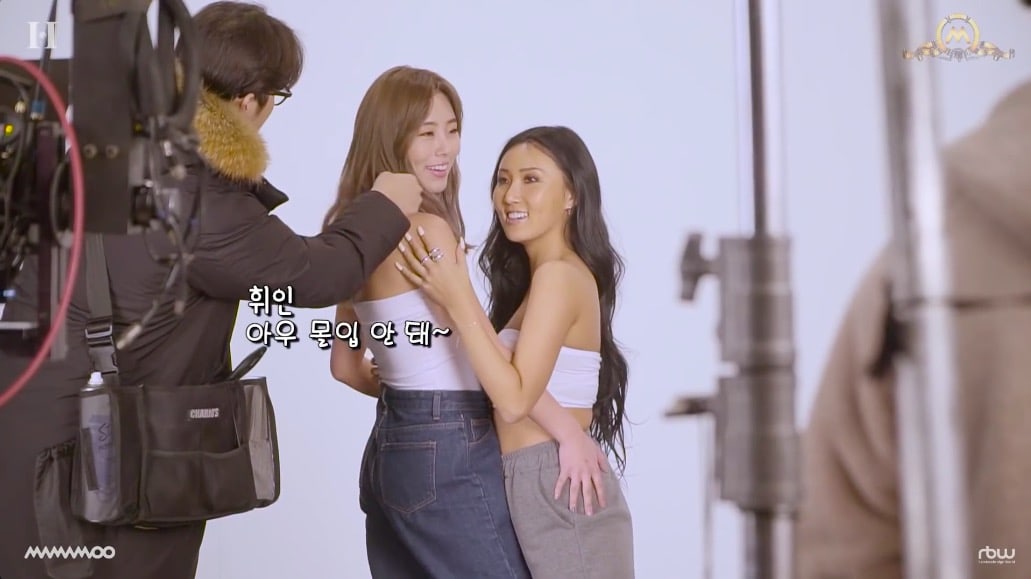 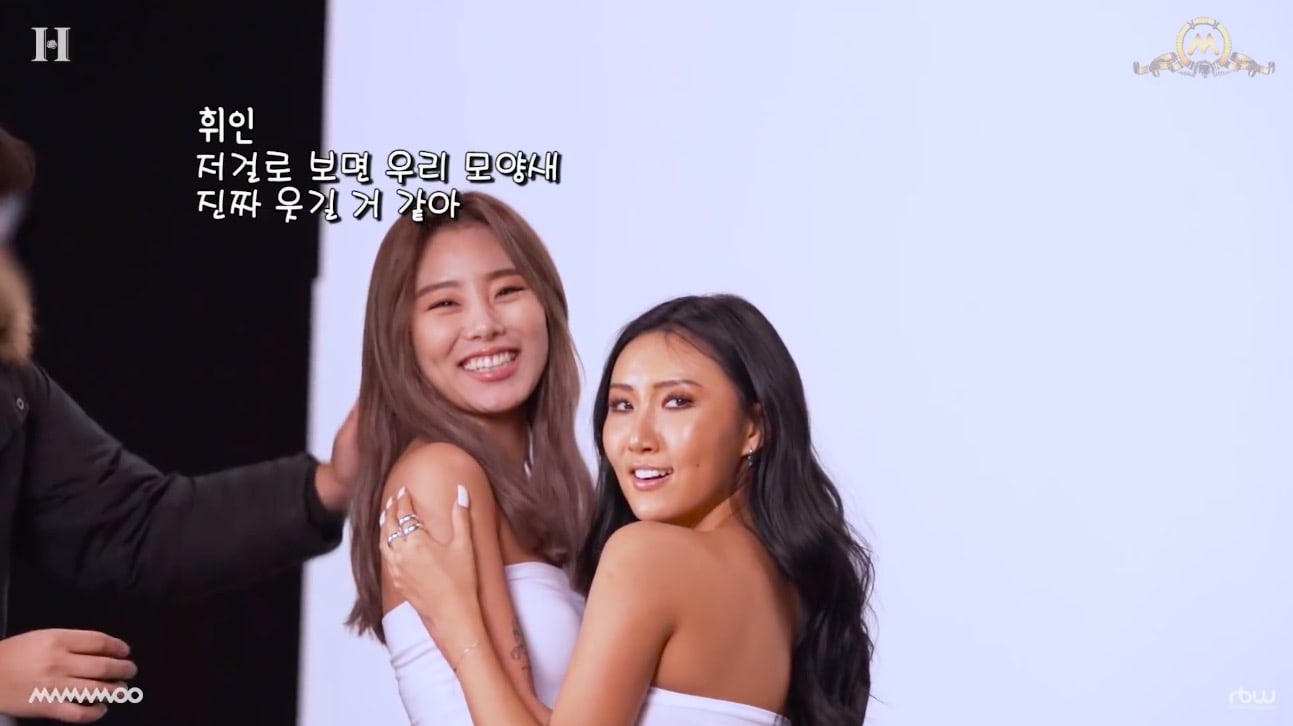 The next day, Hwasa took charge of a scene with her dancers and suggested some fun things for them to do for the shot. After slaying every part, Hwasa finally got to film her last scene, which was with a man wearing a huge doll head. Since it was so large, it kept tipping over and Hwasa laughed as she helped him keep it straight. 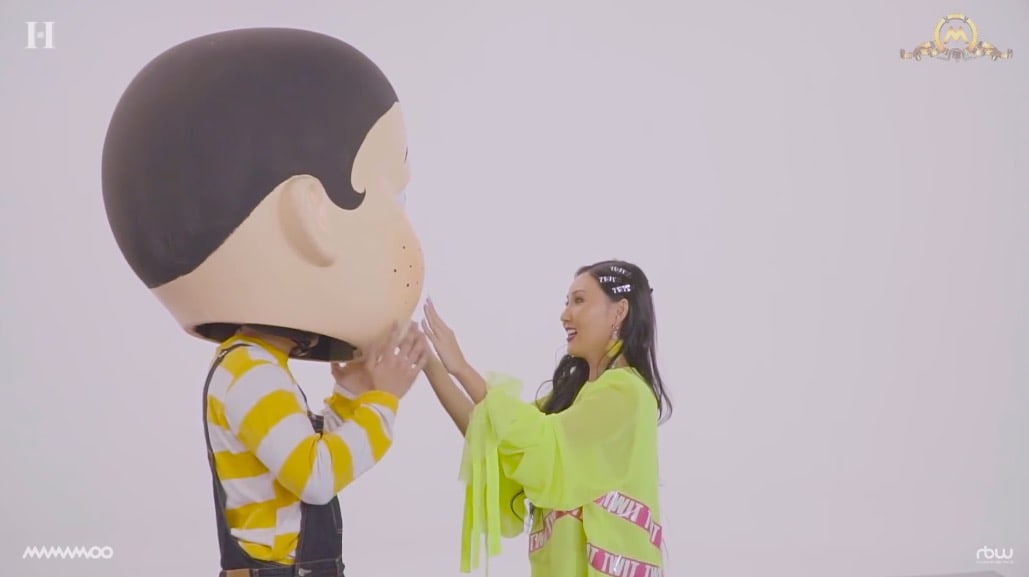