On the premiere of “Village Survival, the Eight 2,” Im Soo Hyang revealed that she once walked in on a celebrity couple kissing in secret!

The second season of SBS’s variety show “Village Survival, the Eight” kicked off on February 15, and actress Im Soo Hyang was one of the many cast members who returned for the new season.

During the season premiere, the cast members played a game in which they had to answer “yes” or “no” to various questions. At one point, Yoo Jae Suk asked, “Have you ever seen a celebrity couple dating in secret?”

At first, Im Soo Hyang and Son Dam Bi claimed that they hadn’t seen any celebrities dating in secret, but the other cast members responded with disbelief. Yoo Jae Suk jokingly asked, “If you’ve never spotted any celebrities [dating], then has anyone ever spotted you?” and Son Dam Bi laughed, “I’m sure people have spotted me [on a date] many times.” 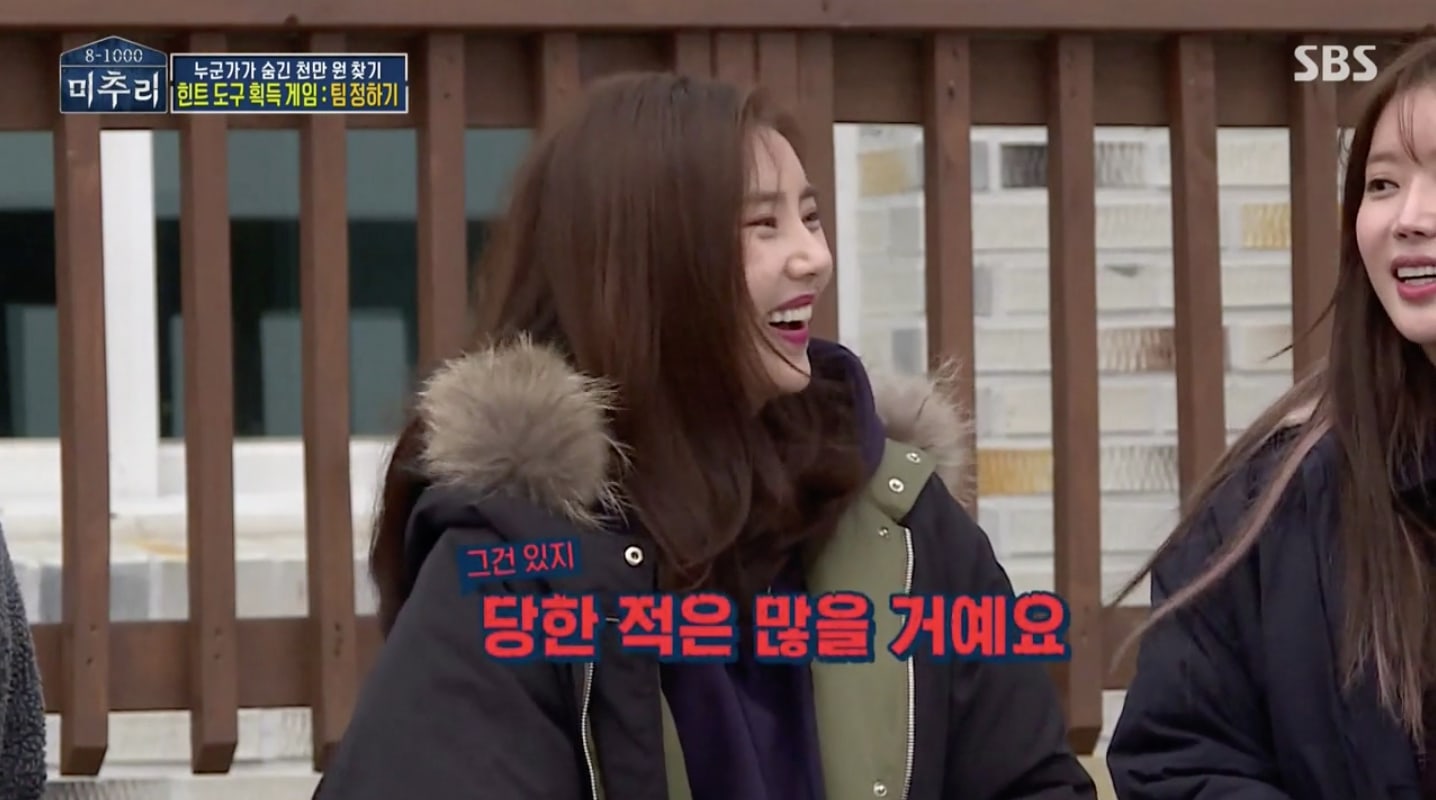 Im Soo Hyang then remarked, “I just thought of an incident. I was out having a drink [with some people], and I went to the bathroom. I walked in, and the two [celebrities] were kissing.”

When the others asked how she had reacted, Im Soo Hyang recalled with a laugh, “I had already walked too far into the bathroom [to leave], so I just started singing [to act natural].” 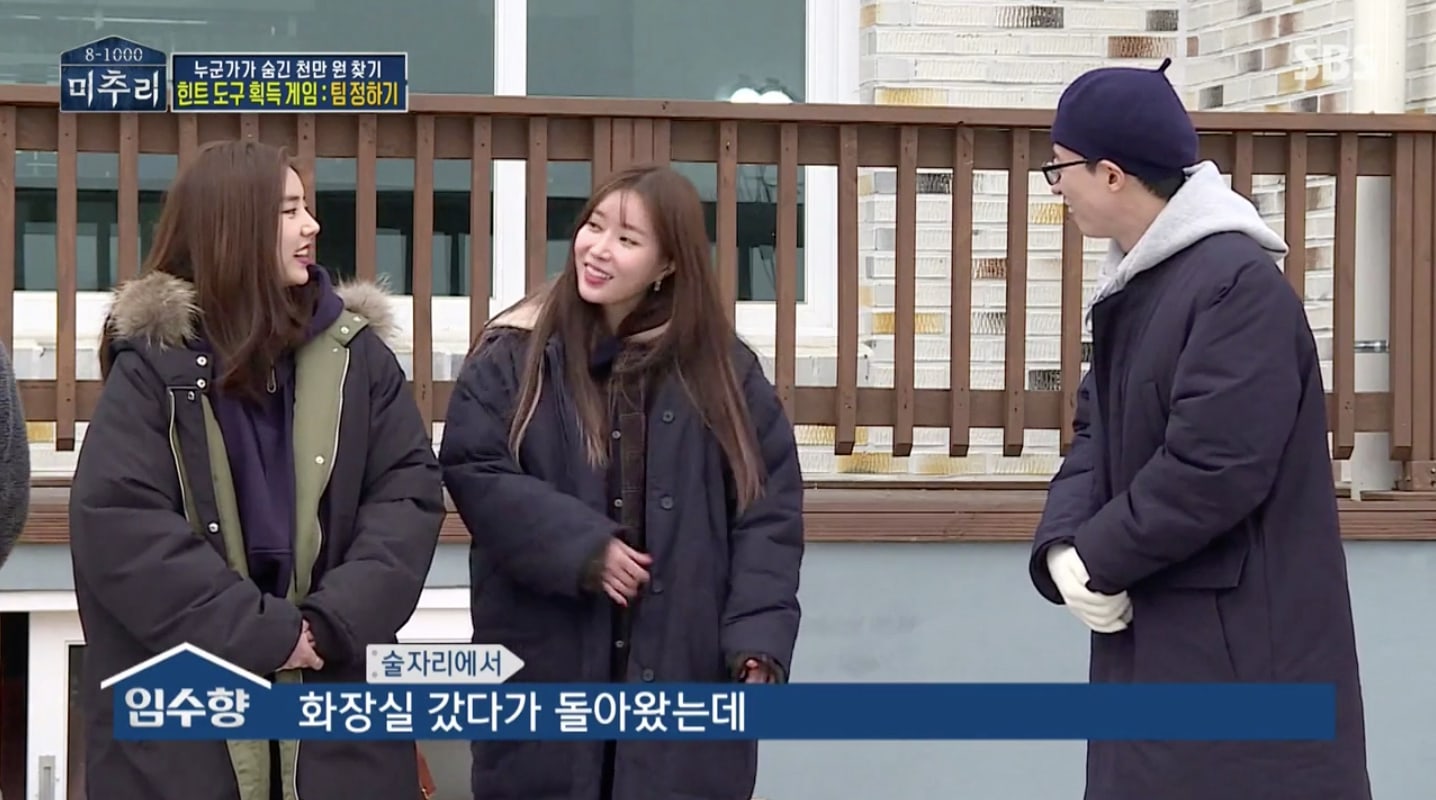 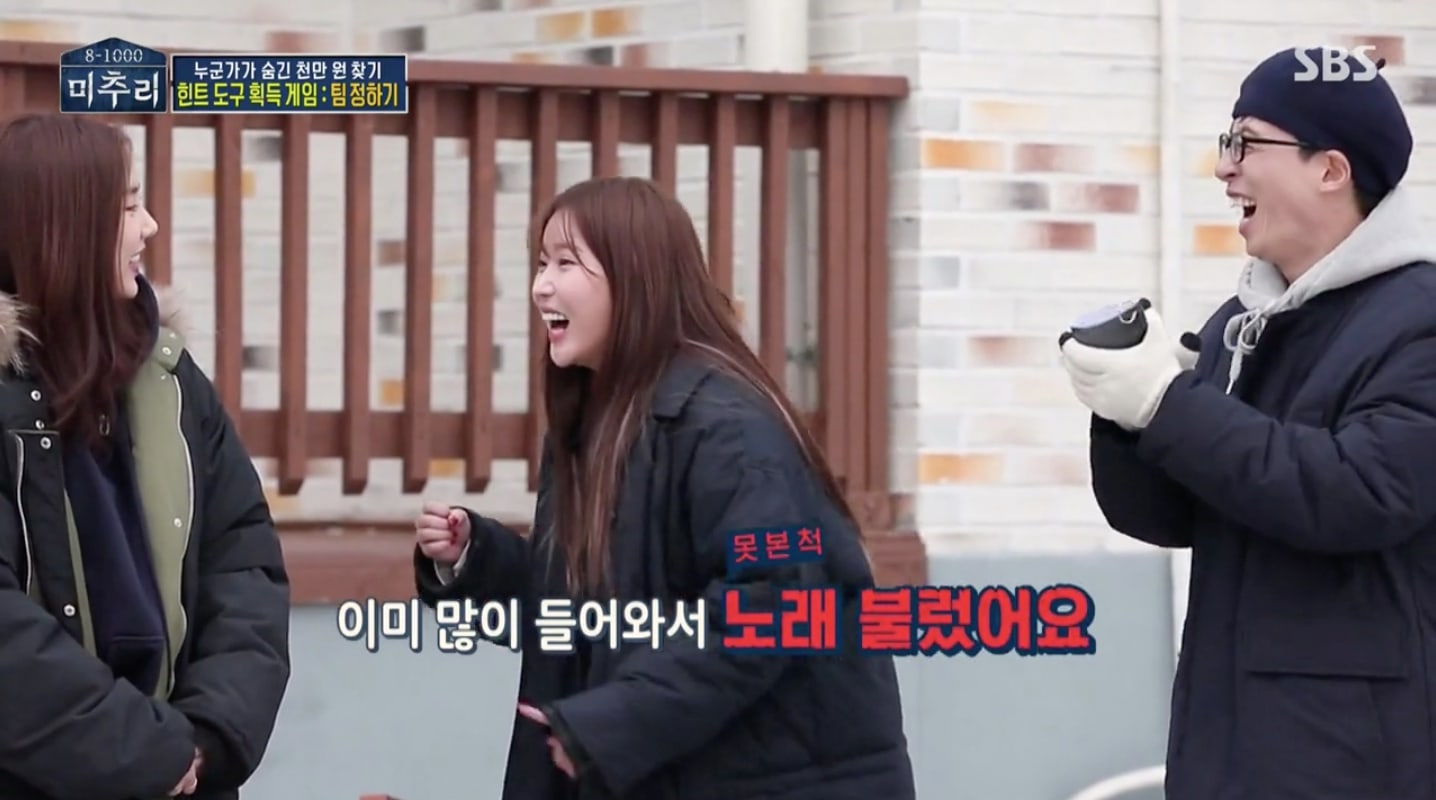 The entire cast cracked up at her story, and Yoo Jae Suk replied, “That must have been so embarrassing. After all, you can’t just walk in and then walk back out again. That would have been even more awkward.”

Check out the first episode of “Village Survival, the Eight 2” below!

Im Soo Hyang
Village Survival the Eight 2
How does this article make you feel?