SHINee’s Key and Wheesung put their careers on the line on tvN’s “Amazing Saturday”!

On February 16, Wheesung and Taemin appeared as guests on the latest episode of the quiz-solving variety show. During the program, the cast and guests tried to guess the lyrics to Lee Jung Hyun‘s “Give It to Me” in order to win pork belly-black bean noodles.

After listening to the song more than once, Wheesung expressed confidence in his answer by saying, “If my answer is wrong, then I’ll retire. I’ll retire, and then I’ll return as a producer.”

Key, who disagreed with Wheesung about the song’s lyrics, responded by humorously bringing up his upcoming military enlistment on March 4. “If my answer is wrong, I’ll retire as well,” he joked. “I’ll retire for exactly a year and eight months, and then I’ll return.” 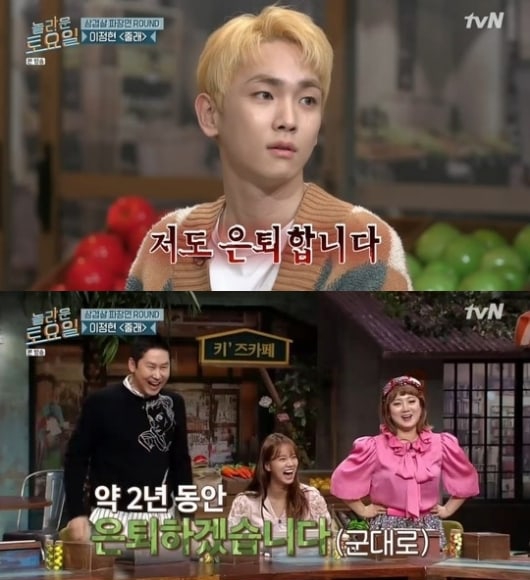 In the end, it turned out that Wheesung’s answer was off by one letter, and he bowed his head to reintroduce himself, joking, “Hello, I’m rookie singer Wheesung.”