On the February 17 episode of SBS’s “My Ugly Duckling,” actor Jung Il Woo appeared as a guest. 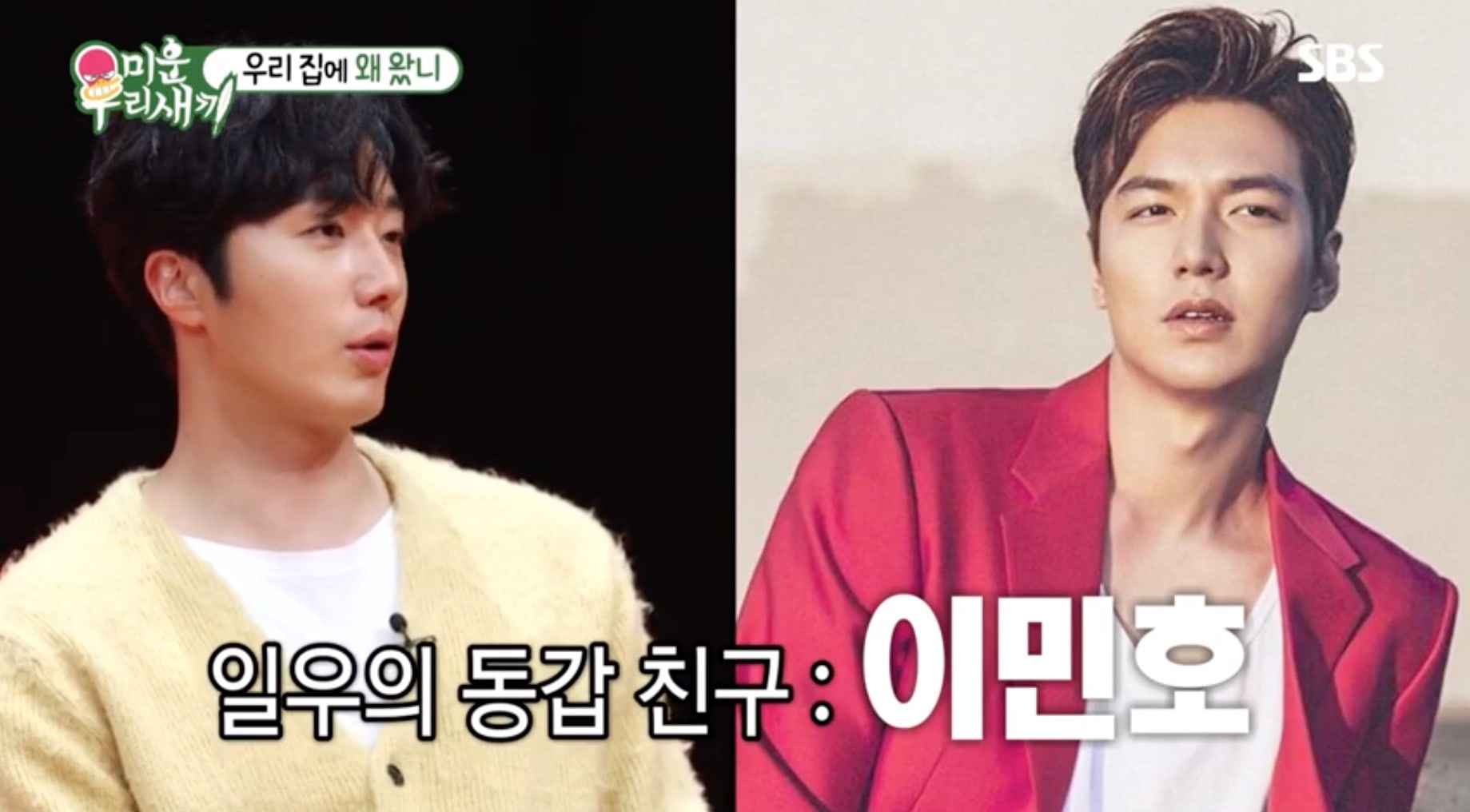 On the show, he talked about his close friend and same-aged peer, actor Lee Min Ho. “Lee Min Ho is my closest friend and we’ve been friends since our school days,” he said. “But we’re complete opposites. The only thing that we have in common is our taste in food. Eventually we came to respect each other’s differences. We would put up with things we didn’t like if the other person liked it and vice versa.”

He continued, “The thing we have most in common is that we don’t really drink. He doesn’t drink at all and I only started drinking recently as well. When we meet up, we have coffee and go to cafés. Nowadays, I do drink a couple glasses.”

Jung Il Woo then spoke of how they learned to compromise. “When we were younger, I would think from time to time, ‘Why does he think like that?’ and ‘Why doesn’t he agree with me?’ Now that we’re past our 30s, we’ve learned to respect each other. I think we’ve become closer because of our differences.”

He added, “When we were in high school, he was at the school next to me and he was really famous among the students. He was well-known for his good looks, so I heard about him before I ever met him. When we first met, it was like he was sparkling. We didn’t go to the same school, but we became friends through mutual friends.”

Jung Il Woo and Lee Min Ho were both born in 1987 and lived in the same neighborhood during their middle school and high school years. In 2006, the two friends were in a car together when they were involved in an accident that left them both injured.

Watch “My Ugly Duckling” below: