8 Old School, Lesser Known K-Dramas That Are Actually Tons Of Fun To Binge

Let’s face it, whenever we talk about K-dramas with friends, the ones we tend to remember are more recent, popular, or super well-known classics. And while dramas like “Strong Woman Do Bong Soon” are popular and well-loved for good reason, what happens when you end up watching every single popular drama and are left with nothing?

Well, no need to worry! Here’s a list of K-dramas that are enjoyable and charming in their own way, but perhaps not as popular as recent dramas. They are perfect to watch when you’re in the mood to watch a filler drama or binge something new.

So let’s get to it! Here are eight underrated and older dramas that are actually really fun to breeze through: 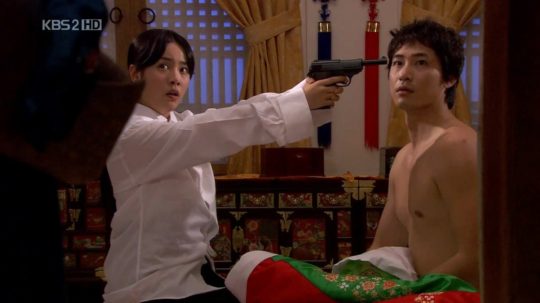 This drama is definitely a favorite of mine to re-watch whenever I’m looking for something a little different. The K-drama world always has a plentiful amount of rich CEOs, talented geniuses, and Cinderella-like female leads, but once in a while, a gem comes along where none of these things are included.

“Capital Scandal” is one such drama that tells the story of Na Yeo Kyung (Han Ji Min), an educated and driven woman who is fighting for independence from Japanese colonial rule. When the town’s resident playboy and magazine reporter Seonu Wan (Kang Ji Hwan) tries to seduce her to win a bet, he ends up falling for Yeo Kyung and starts to see the value in fighting for his people and country.

This drama is super fun not only for its interesting time period but for the development of its characters. Na Yeo Kyung learns to open her heart up and love someone, while Seonu Wan learns to live his life for his country and people instead of simply for pleasure. It’s the perfect blend of sageuk and modern romance! 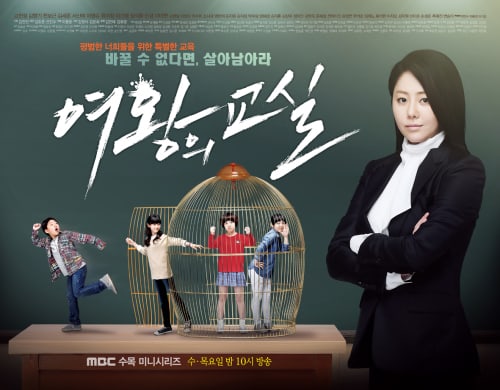 If you love dramas about teachers, hope, and kids being kids, then be prepared to be moved to tears while watching this drama. While “The Queen’s Classroom” has no adult romance, wrist grabbing, or flower-boy actors, it makes up for it immensely with its solid acting (thanks to Go Hyun Jung, Kim Hyang Gi, Kim Sae Ron, and more) and fun, innocent antics. If you’re tired of watching romance dramas and are looking for something uplifting and motivational, then you don’t want to miss this story about elementary school kids that learn to deal with their scary, secretive teacher. I kid you not, I teared up while watching this during college exam season. The emotions these kids feel are relatable as hell. 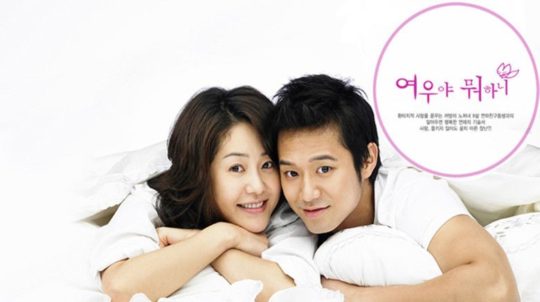 Before there was Lee Jong Suk, Park Seo Joon, or any other puppy-like actor that starred in a noona romance drama, there was Chun Jung Myung. The actor was well-known back in the day for his desperate back hugs. In “What’s Up Fox,” he plays Cheol Soo, a younger brother-like figure to Go Hyun Jung’s character Go Byung Hee, who is his older sister’s BFF and also nine years his senior. Basically acting as a babysitter for Cheol Soo when he was younger, Go Byung Hee is unaware that he’s had a crush on her for a while. But when a serious visit to the doctor and lots of alcohol result in her accidentally sleeping with Cheol Soo….well that’s when hilarities ensue. This drama is fun as it explores couples with big age gaps and has more of a mature, thirsty take on relationships than the average K-drama. 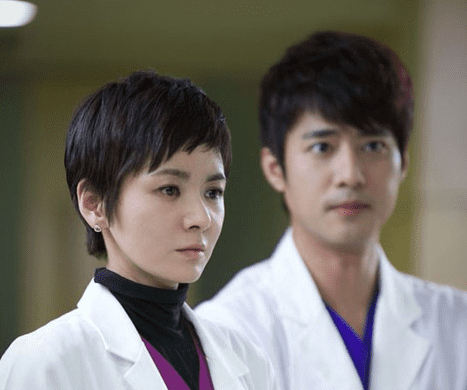 There are three great reasons to watch this drama. First of all, this drama features Song Joong Ki during his adorable younger days, complete with his own romance line. Second, the male lead (played by Go Joo Won) has sweet, second male lead qualities that will make your heart melt, and third, the female lead (played by Jang Seo Hee) is a straight up boss. Oh yeah, and their characters save the lives of moms and young babies. More episodic in format, “Obstetrics and Gynecology Doctors” is a heartfelt medical drama that has a really good balance of romance and medicine. I still can’t get over the elevator kiss between the two leads, tbh. 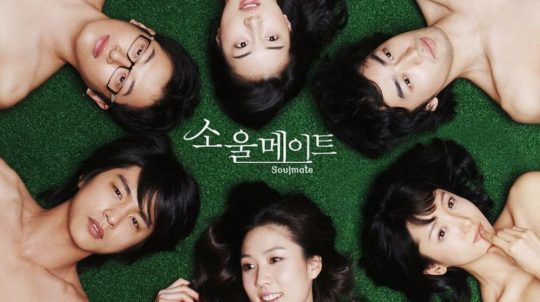 This might be a stretch, but you will probably never find another K-drama like this one. With its uniqueness in tone and storyline, “Soulmate” tells the story of a group of people trying to find love as they navigate the dating scene in Korea. On top of that, the two leads (Shin Dong Wook and Lee Soo Kyung) are unaware that they are each other’s soulmate. But instead of being super innocent and overly idealistic like most K-dramas of its day, “Soulmate” portrays a more realistic, diverse view of dating and relationships while still being truly romantic at its core. Plus, it’s an intriguing concept where a person can hear their soulmate’s thoughts, but only in certain moments! It’s strange, I know. 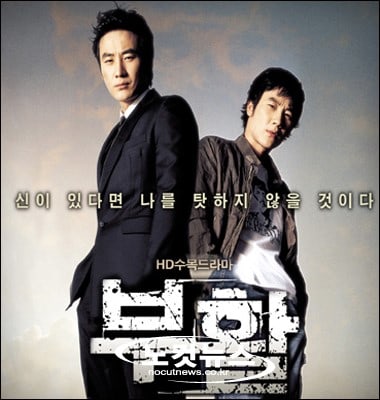 Where do I even start with this drama? Starring Uhm Tae Woong and Han Ji Min, this K-drama is a classic revenge series that tells the sad story of twin brothers whose fates are tangled up in a greater conspiracy. While Han Ji Min does cry a LOT in this drama, the story — as well as the conflict between Uhm Tae Woong and Kim Kap Soo — is truly enjoyable to watch. Plus, the OST is fantastic. It perfectly fits the vibe of the show, and even the instrumental OSTs will send shivers down your spine. It’s still one of the few OSTs that I listen to these days. 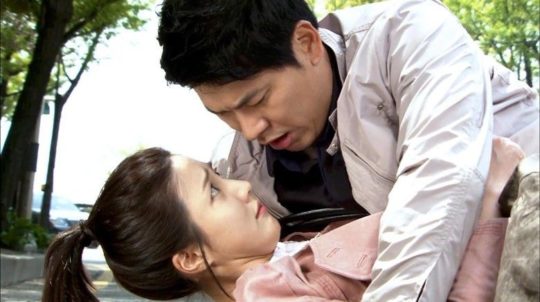 On the other hand, if you’ve had enough of serious, melodramatic shows where everything seems to be at stake (even though it’s all really just about a romantic relationship), then this drama is for you. Light, fun, and completely wacky, “Secret Agent Miss Oh” is a drama about a cop named Oh Hana (Lee Soo Kyung), who gets entangled in an investigation with the National Intelligence Service and has to work with an upright, strict agent named Go Jin Hyuk (Kim Sang Kyung).

And while the cute, bickering romance between Kim Sang Kyung and Lee Soo Kyung is truly fun to watch, the real star of this drama is actually the antagonist, Han Do Hoon, played by Ryu Jin. So hilariously narcissistic and savage in nature, this guy will literally make you giggle with the words he says. This is one drama you definitely don’t want to take too seriously. 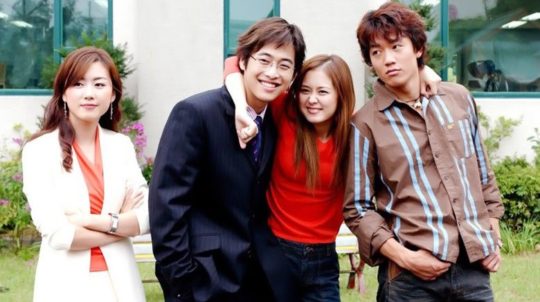 Holy crap we’re going old with this one. Have you ever watched a K-drama and thought, “I wonder if the second female lead will ever end up with the guy…”? Well, this drama is pretty much the closest you’ll ever get to watching something like that.

Starring (baby) Jang Nara, Kim Jae Won, and Kim Rae Won, “My Love Patzzi” is a modern retelling of the Korean traditional Cinderella folktale, “Kongji and Patzzi,” where Kongji is a kind and beautiful girl while her step-sister, Patzzi, is mean and ugly.

But in “My Love Patzzi,” the drama flips their personality traits. Contrary to the folktale, Jang Nara’s “Patzzi” character Yang Song Yee is spunky and kind-hearted, while her friend Eun Hee Won is beautiful and only kind in appearance. Jang Nara’s adorable and relatable character is what causes the main lead, Kim Rae Won, to start liking Yang Song Yee over the other! If you’ve ever been friend-zoned (especially as a girl), you will truly appreciate this drama.

Which old school K-drama do you find yourself re-watching or binging? Let us know in the comments below!