9 Light, Fun, And Breezy K-Dramas To Binge During Spring

Ah, the wonderful scent of Spring, a time when all we want is to indulge in all the wonderful lounging and do absolutely nothing. It’s the perfect time to soak in the good weather, relax, and binge watch K-dramas until the wee hours of the night. So, if you’re looking for some fun K-dramas to watch without the tears and intensity, here’s a look at nine dramas that are perfect to binge!

Clean With Passion For Now 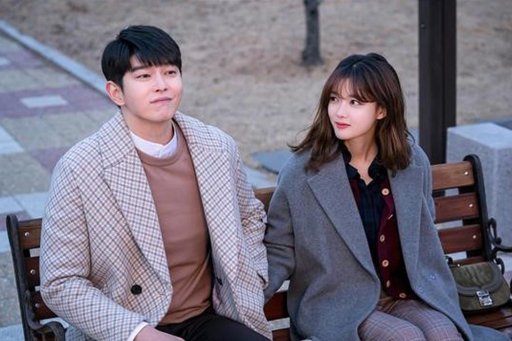 “Clean With Passion For Now” stars Yoon Kyun Sang and Kim Yoo Jung in an adorable rom-com about first loves. Yoon Kyun Sang plays the CEO of a cleaning company named Jang Sun Gyeol, who is a serious germaphobe. He meets Gil Oh Sol (Kim Yoo Jung) who, on the other hand, is a little less than clean. She doesn’t care about her appearance, and being neat and tidy is not on the top of her busy list of things to do. The two meet and form a hate relationship at first, but then it slowly progresses into like and love.

This series is perfect to watch as it’s a light-hearted series without too much intensity. Although the story of Sun Gyeol can be a bit serious as he struggles with a mental illness, you’ll still enjoy how Kim Yoo Jung’s character helps him to conquer it. You’ll also absolutely adore the love triangle that features none other than Song Jae Rim. It’s a series that is fairly easy to watch and get sucked into; before you know it, you’ll have finished the series!

“My ID Is Gangnam Beauty” stars Cha Eun Woo and Im Soo Hyang as Do Kyung Suk and Kang Mi Rae, respectively. The two went to the same school in high school and meet again at university. However, Kyung Suk realizes that Mi Rae doesn’t quite look like the way she used to.

Although this series isn’t a rom-com, it’s a really light series to watch with a lot of very good-looking people in the cast. You also have the pleasure of seeing Cha Eun Woo for 16 episodes, which we really can’t complain about, right? 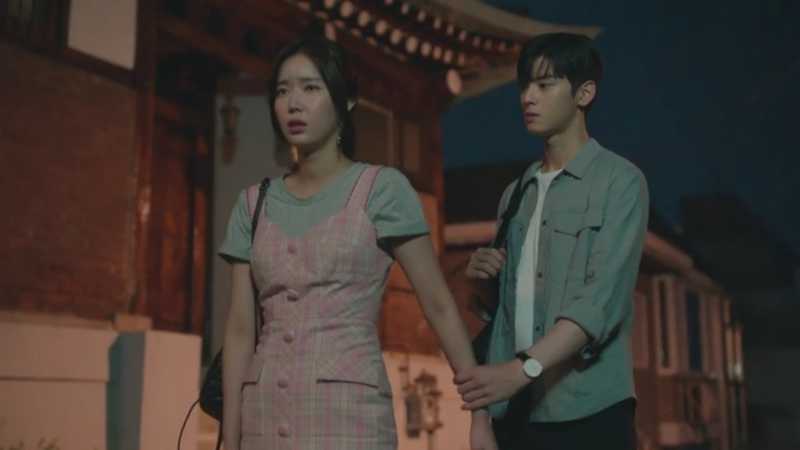 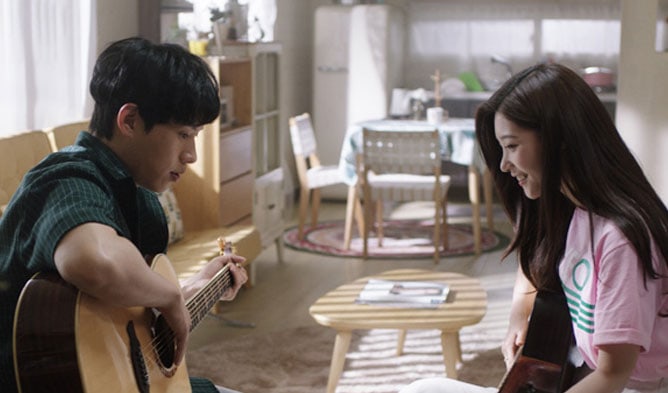 Besides the fact that “to. Jenny” is only two episodes long, which would make it obviously easy to watch, it is incredibly charming. “to. Jenny” tells the story of Jeong Min, a struggling singer-songwriter (Kim Sung Cheol) who is trying to make his music heard. He falls in love with a former girl group idol named Jenny (Jung Chae Yeon).

There are so many aspects of this short series that make it super fun and endearing to watch. You’ll find yourself relating to the two main leads countless times and you’ll be whole-heartedly rooting for the romance to succeed! It’s also got amazingly catchy songs that you’ll find yourself wanting to listen to over and over again. Overall, it’s a cute and sweet romantic tale of first loves! 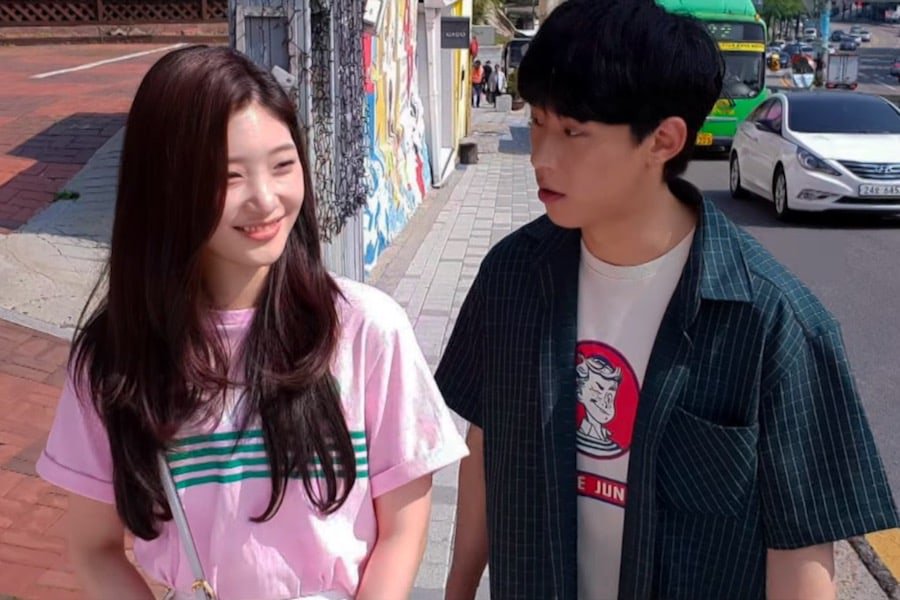 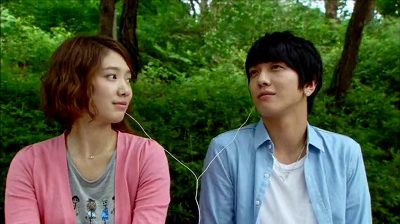 I recently re-visited this series and have to admit that it’s still as good and fun to watch the second time around. The chemistry between Park Shin Hye and Jung Yong Hwa is pleasant to see and the drama has summer vibes that will prepare your heart during Spring. It’s also got an amazing OST that still continues to be well-known even today. One of their most notable songs is called “Because Of You” and is sung by none other than Jung Yong Hwa: 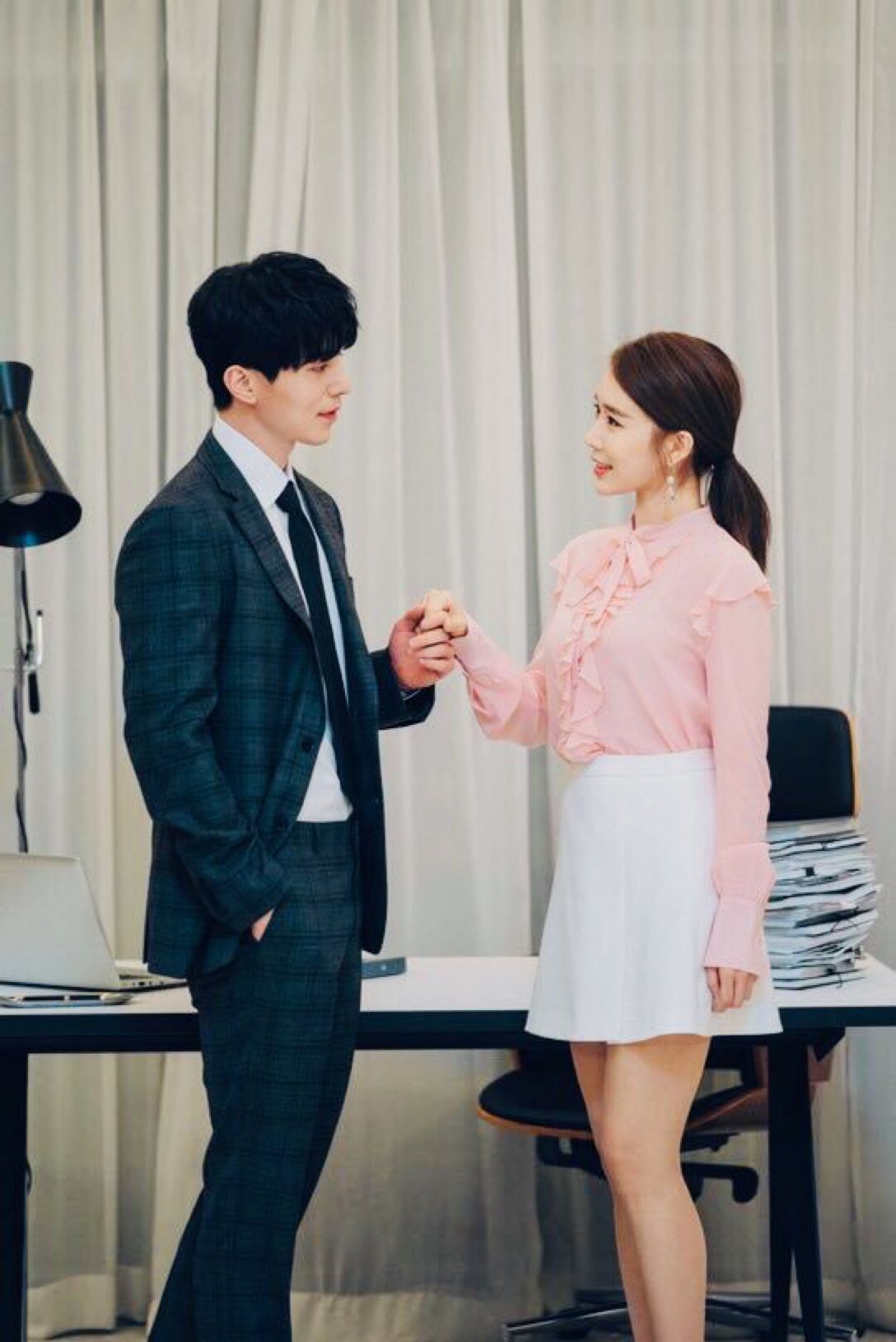 One of the newer K-dramas on this list, “Touch Your Heart” is the new series starring Lee Dong Wook and Yoo In Na. For those of you who’ve watched “Goblin” and totally shipped the second leads, you will definitely appreciate this reunion. Lee Dong Wook stars as a rigid and cold lawyer who is begrudgingly given the opportunity to take on Oh Yoon Seo (Yoo In Na) as his secretary.

What commences is an adorable rom-com where you’ll find yourself laughing at Yoo In Na’s antics. Her character is totally lovable! I really can’t stop laughing at her ridiculousness.

Although there’s a lot of cliches and K-drama tropes that we’re used to seeing, the charm and chemistry between the two leads make the watch worth it. It’s a light series that will be easy to binge watch.

I can’t get over how cute these two are! 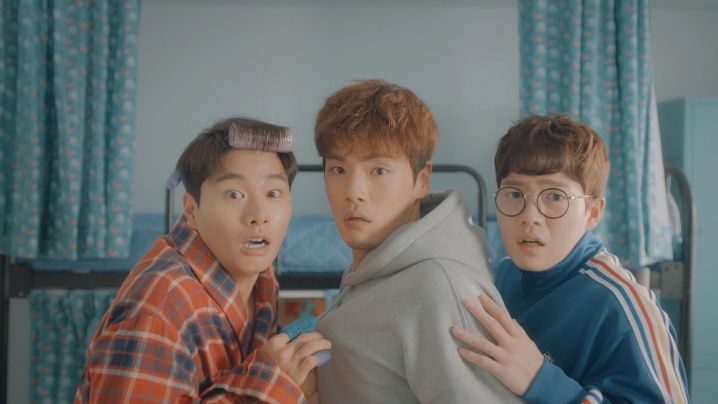 It really doesn’t take much brain power to watch “Welcome to Waikiki,” which is why this series is perfect to watch when you need a break. It’s a great K-drama to watch with your family and friends, too. It stars Kim Jung Hyun as Dong Goo, an aspiring director, and Jung In Sun as Yoon Ah, a single mother. Dong Goo and his two best friends run a hostel when they come across a little baby who is abandoned by the mother. The three boys have to try to find a way to take care of the baby and prevent the hostel from shutting down.

This series is jam-packed with laughs and good times. It’s a comedy that’s a breath of fresh air without a lot of the cliche K-drama tropes. It’s just a good series with romance, bromance, and a cute baby! 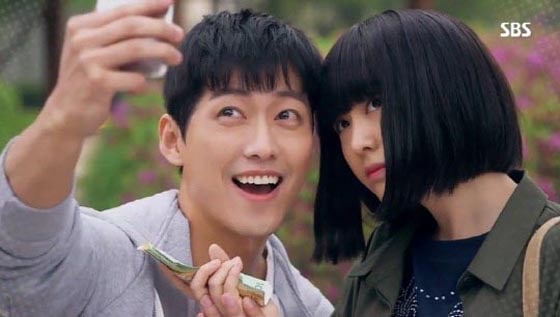 “Dear Fair Lady Kong Shim” stars Minah as Kong Shim and Namgoong Min as Ahn Dan Tae in this adorable rom-com where you’ll legit find yourself relating to each and every one of the characters. Dan Tae is a unique lawyer who is constantly in jogging pants and eating junk while Kong Shim is just trying to catch a break. 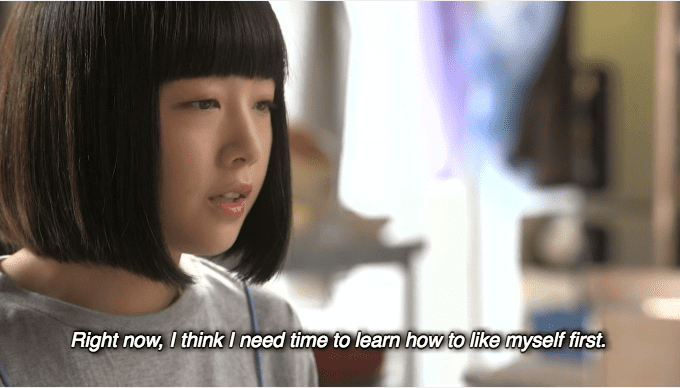 You’ll be enamored with this series from the beginning. I didn’t think I would be into it, but 30 minutes into the first episode, I couldn’t stop smiling and thinking, “SAME.” It’s light enough series to binge watch and you’re guaranteed to laugh throughout it. Who knew you could relate so hard to these two characters?!

“Coffee Prince” stars Gong Yoo as Choi Han Gyul and Yoon Eun Hye as Go Eun Chan. Choi Han Gyul is a chaebol who is given the chance to run a coffee shop. He hires Go Eun Chan to work at the coffee shop without knowing that Eun Chan is actually a girl. When he starts to develop feelings for her, he starts to question his sexuality, and what commences is a charming romantic adventure.

I recently picked up this K-drama again after having watched it many years ago and it’s still just as good as I remember. There really isn’t a boring part in the series. It’s easy to get sucked into Go Eun Chan’s tomboy character as she struggles to make money. And the love story between her and Han Gyul is so real and romantic that you’ll get sucked into their world. 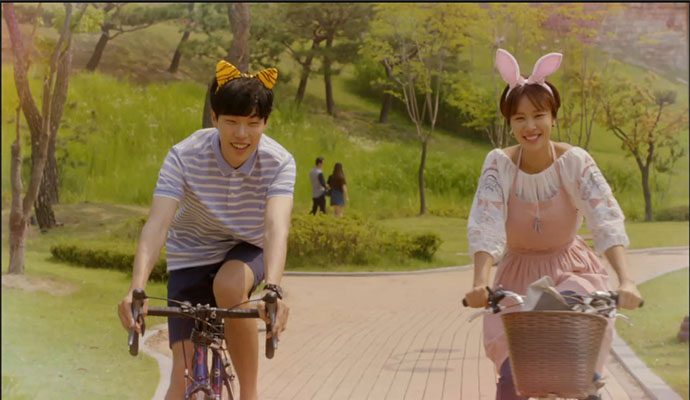 “Lucky Romance” stars Hwang Jung Eum as Shim Bo Nui and Ryu Jun Yeol as Je Soo Ho. Bo Nui is trying to make ends meet to support her sick sister who is in the hospital. Bo Nui gets the opportunity to work for Soo Ho, who is the CEO of a gaming company. Being a firm believer in luck and fortune, Bo Nui finds out that Soo Ho may be able to play a part in saving her sister while Soo Ho begins to develop strong feelings for her.

This series is a joy to watch mainly because of Soo Ho and his innocent charm and genuine love for Bo Nui! The way he wears his heart on his sleeve will have you feeling tingly all over. It’s a fun rom-com to watch, and you also can’t go wrong with the rom-com queen, Hwang Jung Eum. The romantic story and development of the two main leads are so enjoyable to watch that the series will be done before you know it! It’s definitely a must-watch if you haven’t seen it already!

Hey Soompiers, which of these K-dramas are you going to watch? Let me know in the comments below!

Currently watching: “Touch Your Heart,” “Romance Is a Bonus Book,” “The Last Empress,” and re-watching “Coffee Prince.”
All-time favorite dramas: “Secret Garden,” “Goblin,” “Because This Is My First Life,” “Star In My Heart”
Looking forward to: Won Bin‘s return to the small screen and Song Joong Ki‘s next drama