Jo Bo Ah said, “People recognize me more through ‘Baek Jong Won’s Alley Restaurant,’ and there are restaurant owners who give me delicious food [when I visit their restaurants]. I can really feel that I’m loved by many people.” 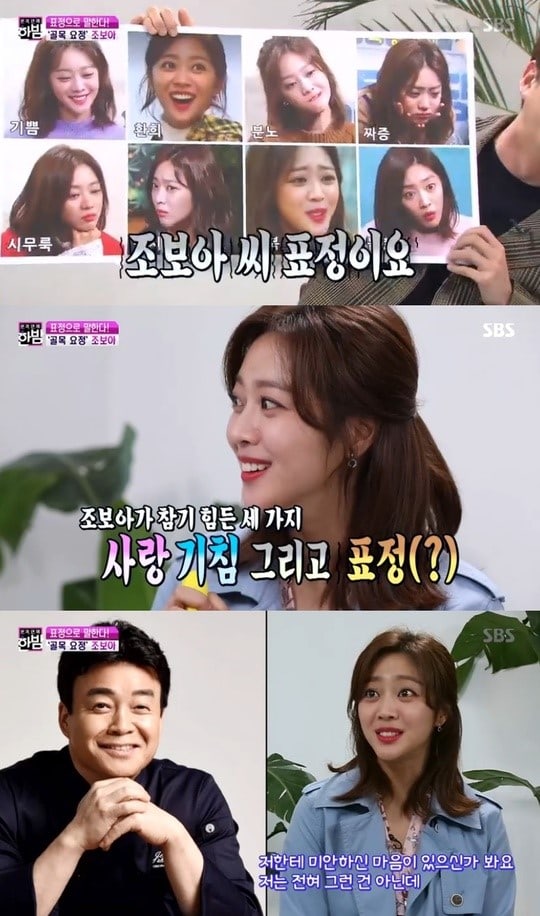 Jo Bo Ah also addressed her facial expressions from the show, which garnered attention from the public for how they show her true emotions. The actress commented, “I realized how bad I am at hiding my emotions. Whenever I show expressions like these, I feel bad for the restaurant owners. I feel like my expressions exaggerate the situations a lot.”

Check out the latest episode of “Night of Real Entertainment” with Jo Bo Ah below!