Things are heating up as SBS’s Wednesday-Thursday drama “The Last Empress” nears its end.

The drama has released two sets of stills that show the characters reaching their breaking points as the drama comes to a close. The first stills show Oh Sunny (Jang Nara) and Lee Hyuk (Shin Sung Rok) attending an event to celebrate the 10th anniversary since the emperor rose to the throne. She follows him on to the stage and once she stands in front of the microphone, Oh Sunny looks resolute while Lee Hyuk has fear in his eyes.

The production staff stated, “Oh Sunny has been running non-stop to enact her revenge of dismantling the royal family. This will be an important scene where her efforts come to fruition. Please keep watching to see what will happen to Oh Sunny and Lee Hyuk, and whether Oh Sunny will be able to successfully pull off her revenge.” 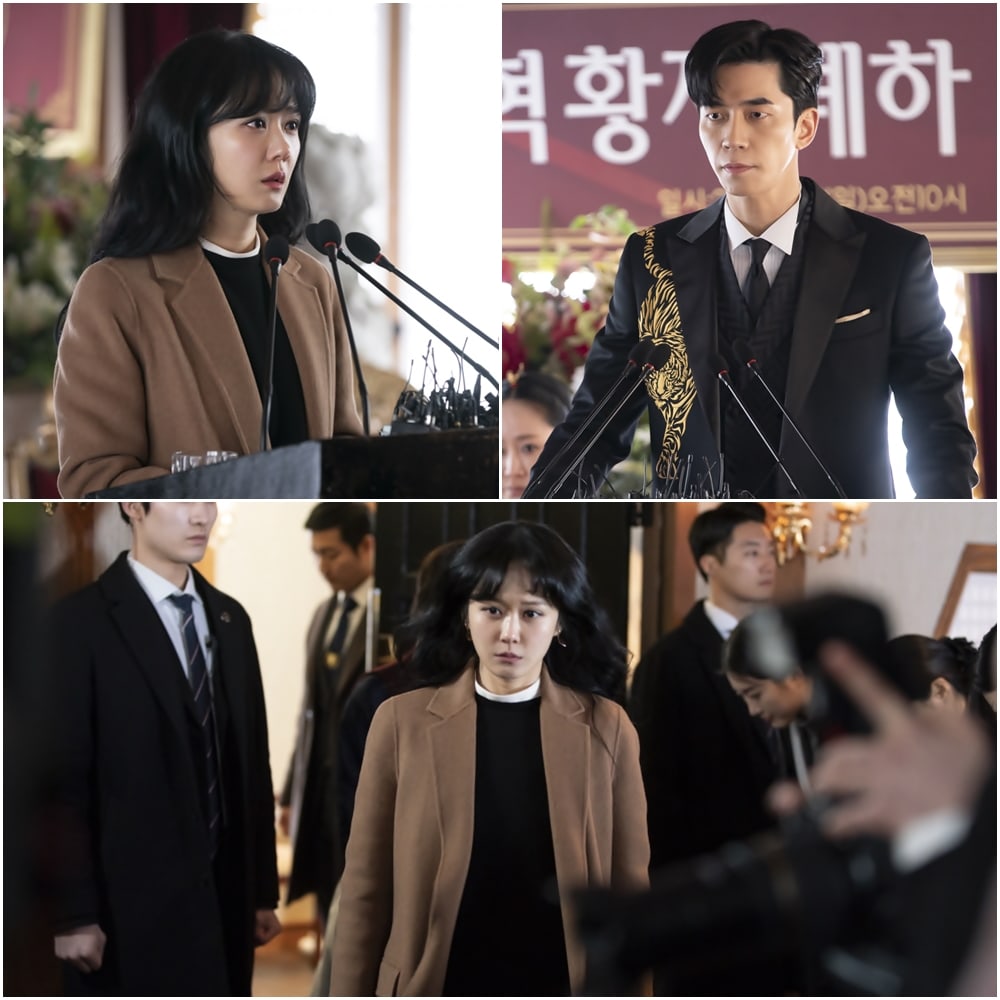 Jang Nara and Shin Sung Rok aren’t the only two to get heated as Shin Eun Kyung and Yoon So Yi get into a fight. The two are set to engage in a fierce fight of rage, grabbing each other by the color and hair as they fight it out. Their eyes are filled with a burning rage that could do serious damage if looks could kill, and they’re holding nothing back as all of their time fighting to gain more power finally boils over.

The production staff stated, “Though the scene itself was intense, once cameras stopped rolling, the two actresses looked each other over to make sure they were okay. They threw everything into the scene and we want to applaud them for their dedication.” 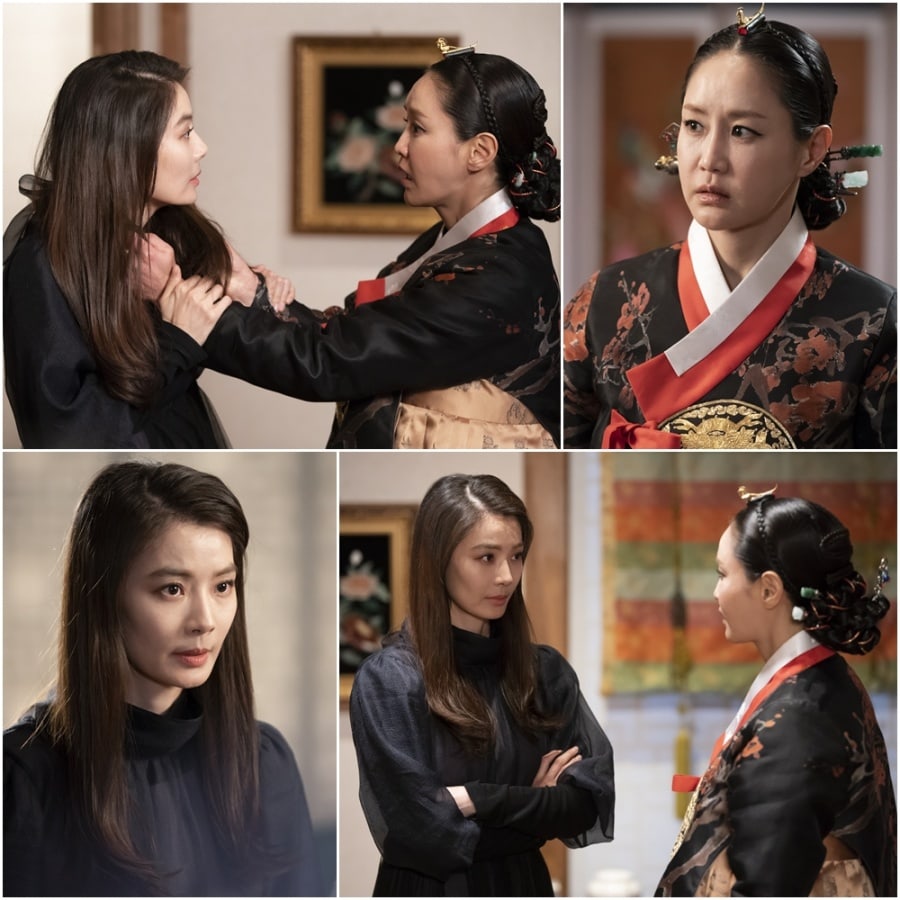 With so many emotions buzzing in the air, “The Last Empress” has just four episodes left till it reaches its grand finale. The result of these tense situations will be shown in the upcoming episode, which will air on February 20 at 10 p.m. KST.